One change top CS:GO teams should make for 2023

2022 will most likely end up being quite a forgettable year for CS:GO. With giants underperforming in G2 and Astralis and far smaller teams like ENCE taking much of the plaudits for the first half of the year, the scene felt as if it was in a transitional state for much of the year.

Many of those teams have since figured themselves out and look far better, but that’s not to say there isn’t a chance for further upgrades. It’s those potential upgrades that we’ll be taking a look at in this article.

There will be one notable exclusion, however, in Heroic. A team who finally seemed to have come of age in the final months of 2022, the most important thing for Heroic in 2023 will be to keep hold of its stars.

This one feels a bit of a freebie, given the tweet posted by @ABOverdrive on January 5th, but the best upgrade to Outsiders is Aleksandr “KaiR0N-” Anashkin.

It’s no surprise Outsiders are interested in him, considering he’s featured as Dzhami “Jame” Ali’s bold prediction for the last two years, but that faith placed in him by Jame seems incredibly justified. As an 18-year-old, KaiR0N has a 1.13 HLTV rating that doesn’t drop off against the top 20 teams.

Fans may seem confused why Outsiders are looking to change from their Major winning team featuring David “n0rb3r7” Danielyan, but to us, it’s pretty simple. n0rb3r7’s okay, but he’s not fantastic. KaiR0N has the potential to be that. They might take an initial hit to their well-oiled machine while the young Russian is still raw, but Jame and coach Dastan “Dastan” Akbayev will quickly see to it that the rawness is ironed out. If Petr “fame” Bolyshev is anything to go by, the duo has excellent talent ID for those suited to tier 1 CS:GO. 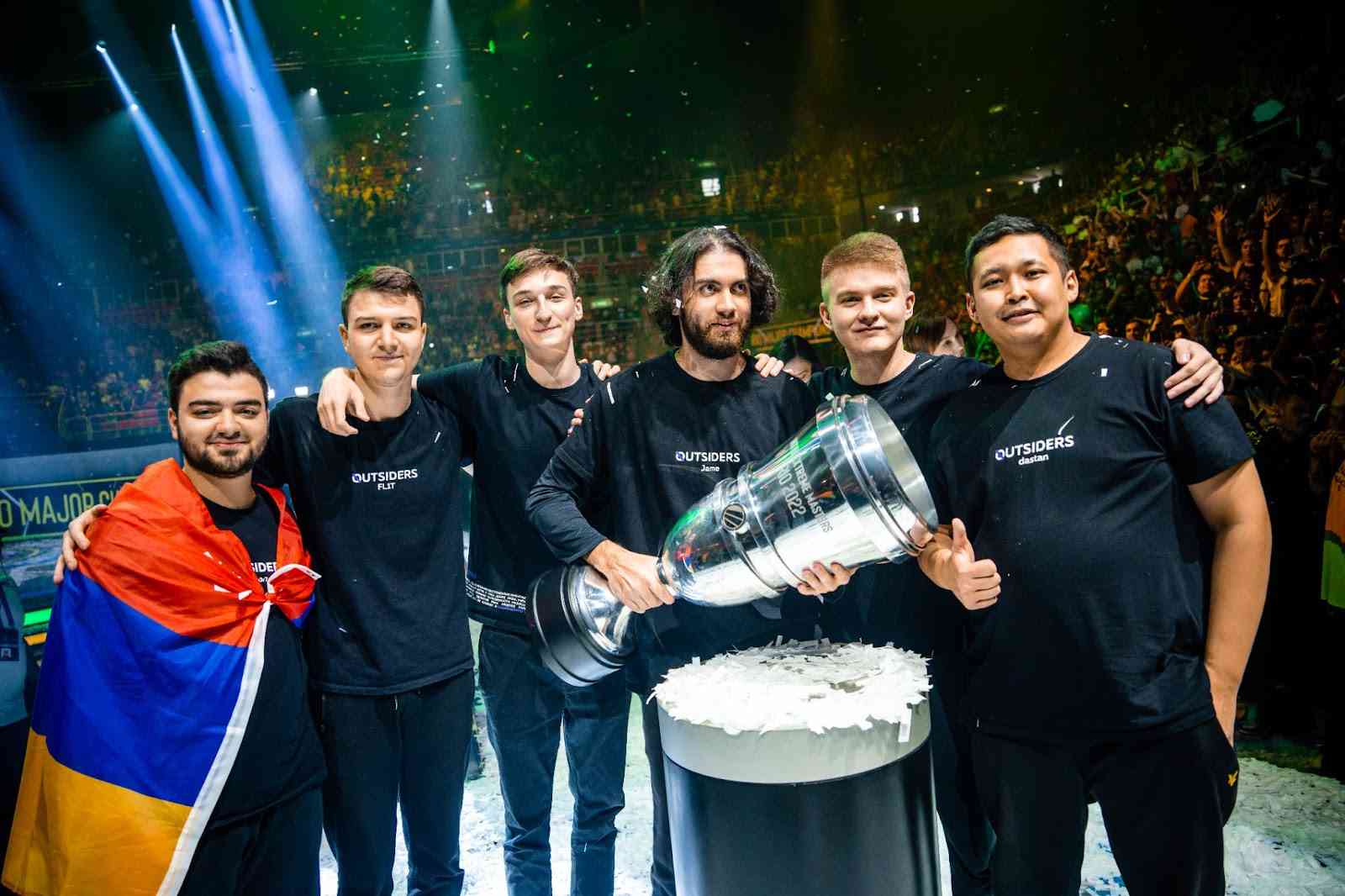 After winning BLAST Premier World Final 2022 in December, things finally seem to be on the up for G2 since signing Rasmus “HooXi” Nielsen and Justin “jks” Savage. Many negative comments were made about the roster when they failed to reach the IEM Rio Major, and changes surely would have been made had there been a failure in Abu Dhabi too.

That being said, for the sake of longevity and consistency for this team, we’d argue a change to the IGL should be made anyway, and Outsiders are a testament as to why. Failure to change when you’re on top is what allows teams to stagnate.

Plenty has been said about HooXi’s individual ability, and we think it’s entirely fair. That’s why we’re saying G2 should look toward the man who knocked them out of Rio contention, Kamil “siuhy” Szkaradek. Not only is he a better fragger than hooXi right now, but he’s also the premier IGL to come out of the WePlay Academy League. G2 have already seen massive improvements from implementing one academy player to their team; it’s time to do so with another. 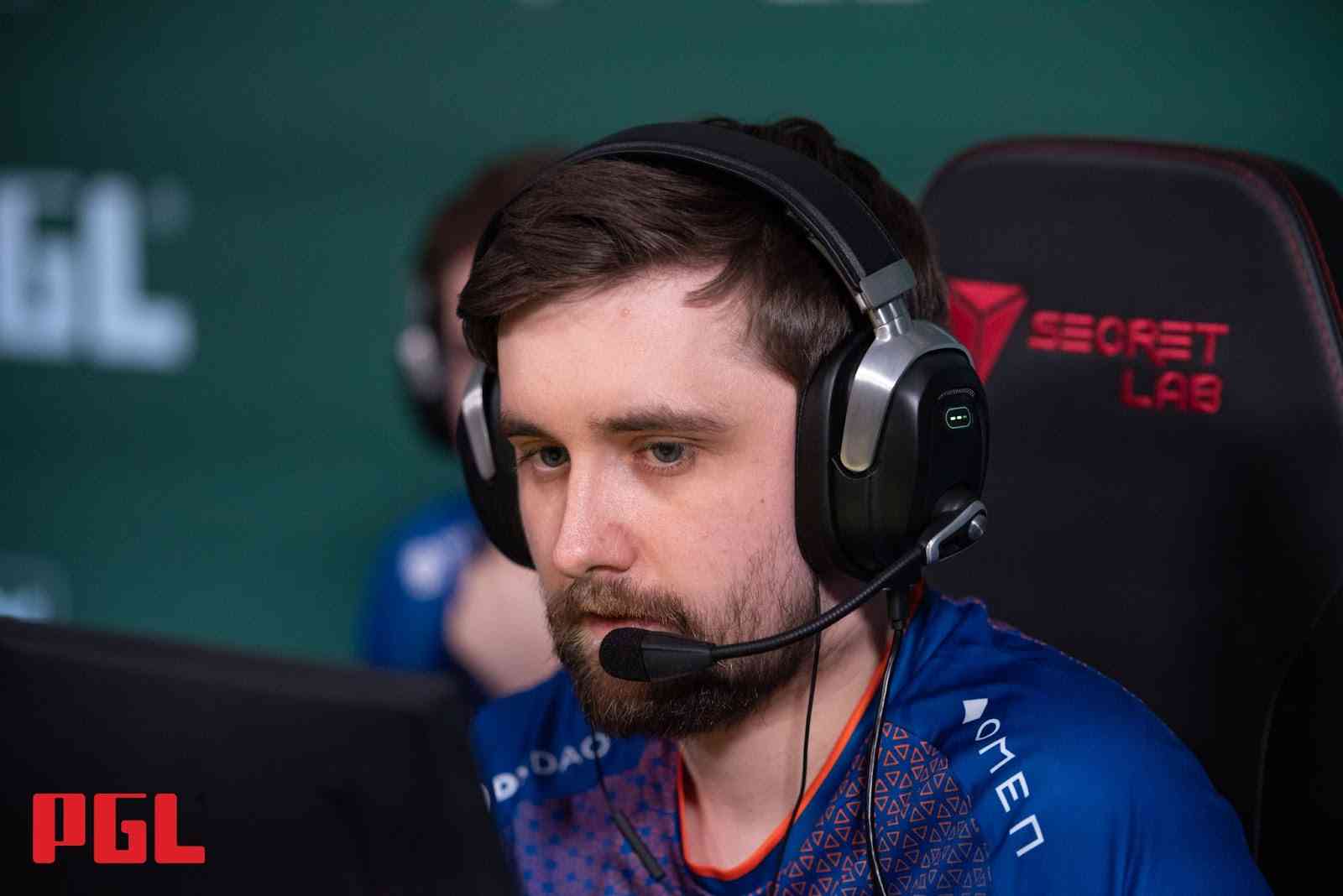 We’ll say it straight off the bat: no team had a more overrated 2022 than Team Liquid. They may have reached finals at both ESL Pro League Season 16 and BLAST Premier World Finals, but they lost both. They also lost to Movistar Riders in the IEM Cologne Playoffs. No one said enough about how poor that defeat is.

Somehow, they still find themselves in HLTV’s top five going into 2023, but with the poor form Josh “oSee” Ohm displayed toward the end of 2022, it feels like they won’t be there that much longer. It’s for that reason that Liquid need to be looking elsewhere for their AWPing needs in 2023.

With everyone’s favorite bold prediction Daniil “headtr1ck” Valitov already on his way to NIP, there is one other AWPer with WePlay Academy League success under his belt Liquid could opt for, Copenhagen Flames’ Iulian "regali" Harjău. With a 1.2 Impact rating in 2022, regali looks primed to make the step up to tier one in 2023. This is a player Liquid can’t afford to let slip by. 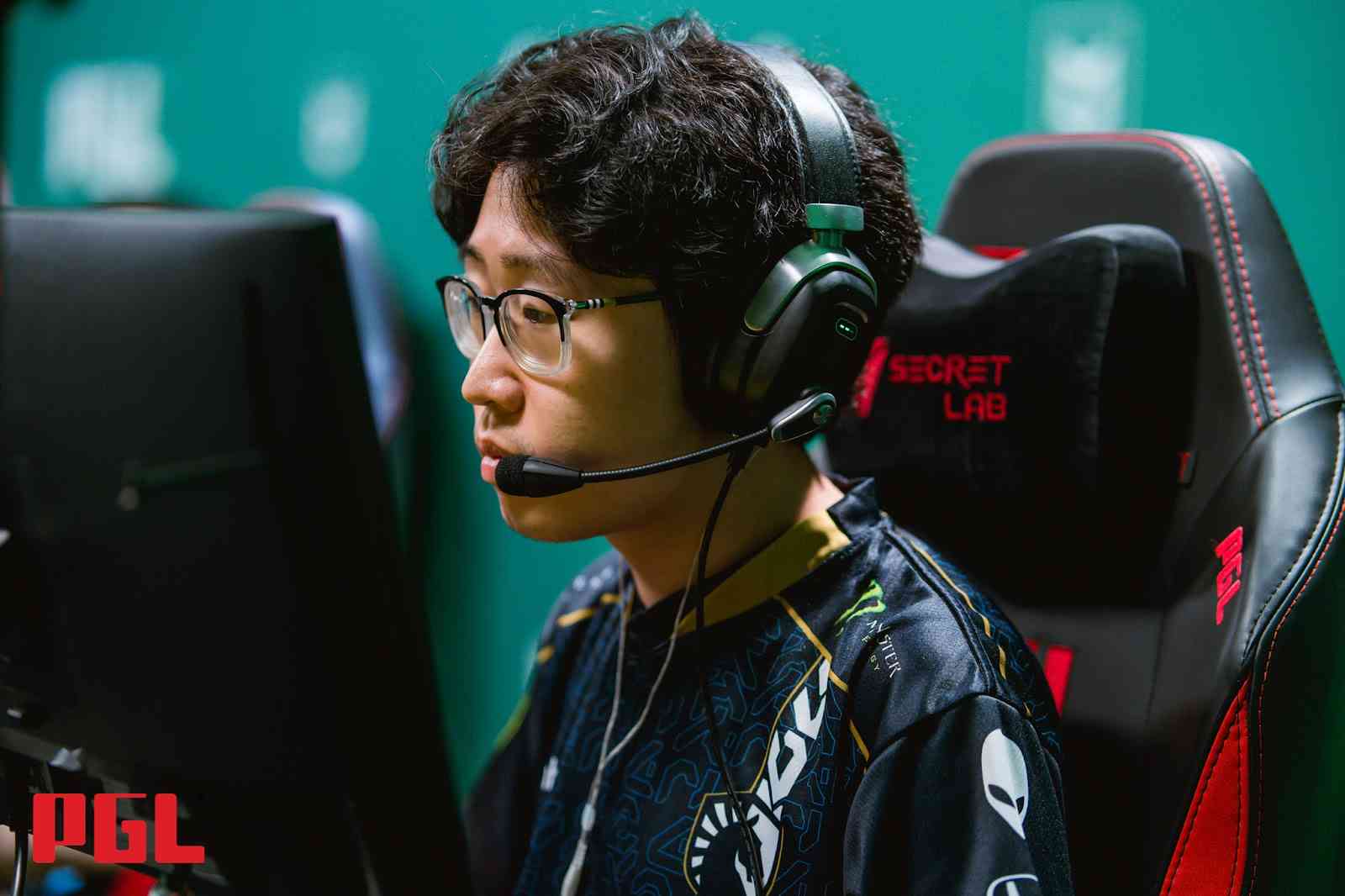 For the first half of 2022, it felt like FaZe was going to have an all-time great year in Counter-Strike. After winning IEM Katowice, ESL Pro League Season 15, PGL Antwerp, and IEM Cologne, everything was primed for the team to also take home the second Major of the year in Rio.

Unfortunately, things didn’t work out for FaZe in the back end of 2022 as they stagnated and failed to win a trophy for the remainder of the year. Stagnation suggests that a change could be in order, and while some have suggested they look towards MOUZ’s David “frozen” Cernansky, we would offer them a different option.

Instead, FaZe should turn towards Sprout’s Victor “Staehr” Staehr. The young Dane seems destined to be one of his nation’s many great Counter-Strike players and is primed to replace Havard “rain” Nygaard on the team. Aged just 18, he’s also a prime candidate for the Finn “karrigan” Andersen academy, and we all know what that did for Robin “ropz” Kool. 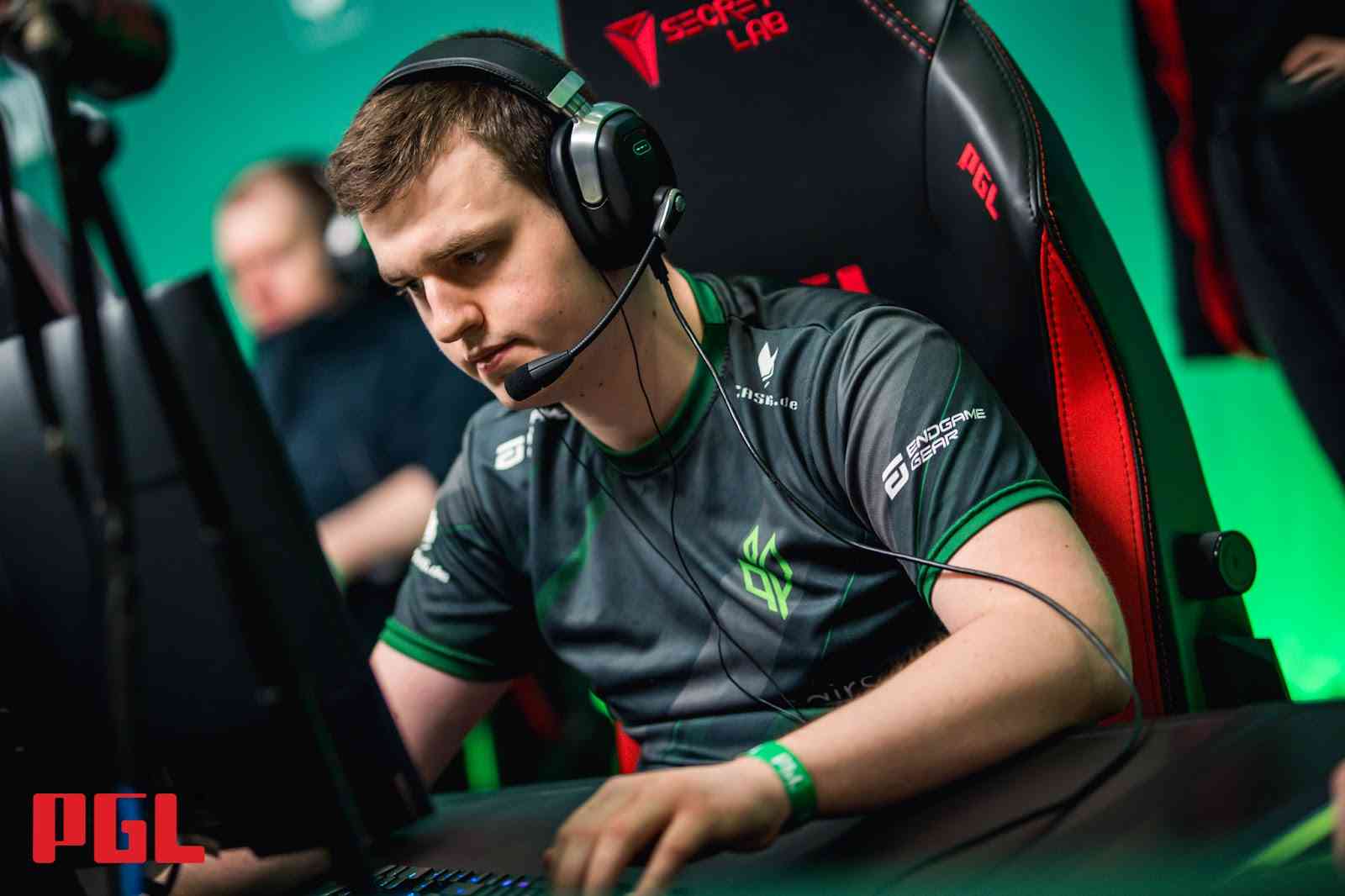 Unlike the other teams on this list, who we would suggest should be looking at changes sooner rather than later, FURIA is a different story. Instead, FURIA should bide their time and ride out the high that this roster currently seems to be on. Both Kaike “KSCERATO” Cerato and Yuri “yuurih” Santos are playing better than they ever have, and this roster looks like it could go on to win an event.

However, if that doesn’t turn out to be the case, there is a player who has just moved to one of their Brazilian rivals who may be able to help them take that leap, 00Nation’s newest addition, Lucas “nqz” Soares.

There’s nothing overly wrong with Rafael “saffee” Costa, but there’s nothing spectacular about him. Having a spectacular AWPer is something a top team can’t go without. For that reason, give nqz six months to develop at 00Nation alongside Marcelo “coldzera” David and Epitacio “TACO” de Melo, then swoop in and take him to the top. 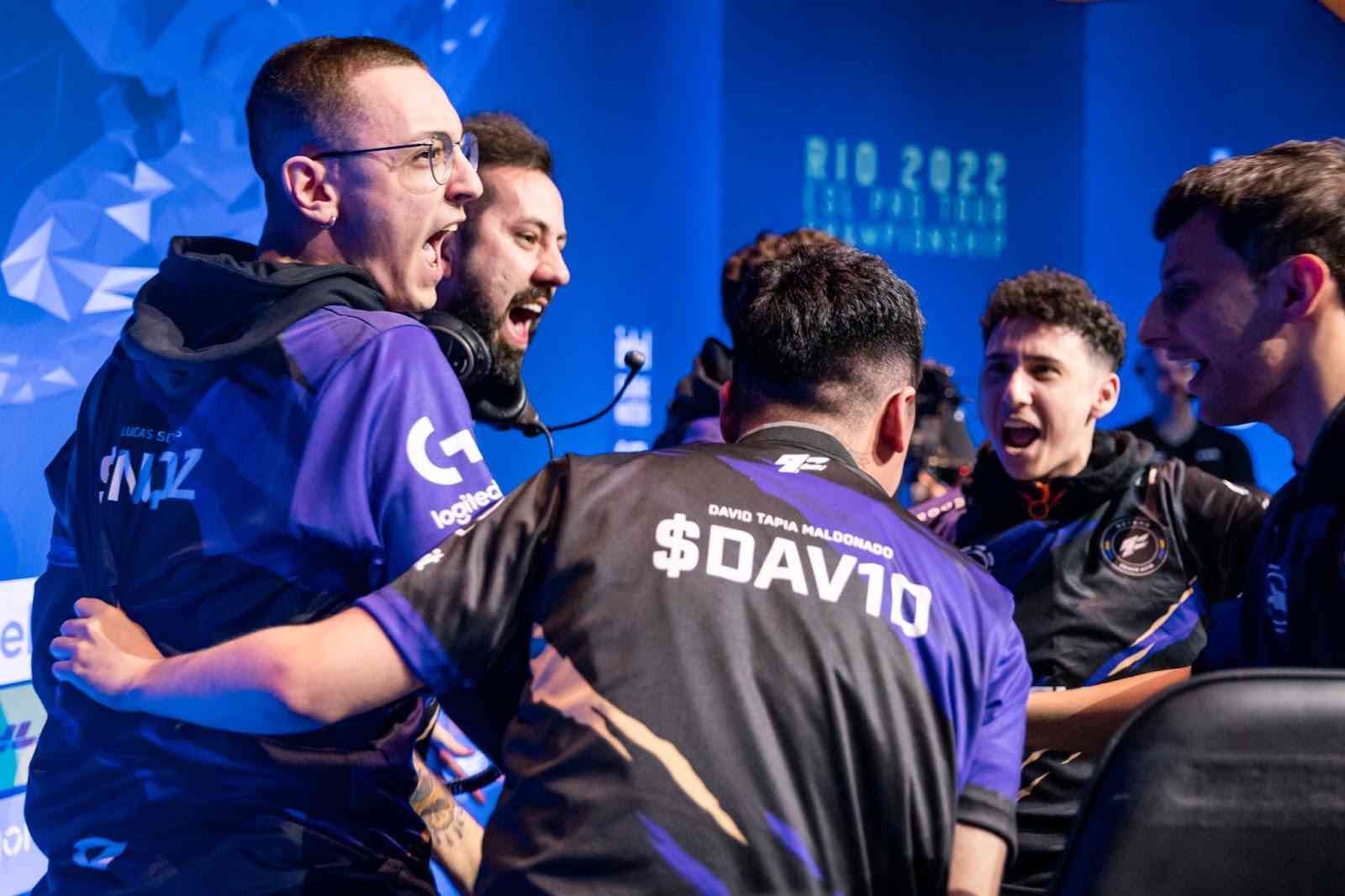 The roster for Furia celebrate after a win at Rio

Where Liquid had an overrated 2022; in contrast, MOUZ’s 2022 was incredibly underrated. In Jon “JDC” de Castro, they have one of the most improved players of the year, while Dorian “xertioN” Berman also came from the NXT team and quickly elevated them.

Many of you might be expecting us to go the G2 route here and suggest that Christopher “dexter” Nong is the best change, and with siuhy still kicking in tier two, we don’t think it’s a bad shout. Unfortunately, and potentially luckily for the Aussie, we’ve already suggested G2 sign him, so we’ll look elsewhere.

Instead, we’ll go the Liquid route and suggest an AWPer should be the move. Sadly, that also means regali is out. We could go for Ozgur “woxic” Eker, but we’d prefer a more Avant-Garde suggestion, so we’ll go for 1WIN’s Denis “deko” Zhukov. We all know how good CIS AWPers are, his 1.23 HLTV rating and 1.21 Impact rating suggest he’s next from the production line. 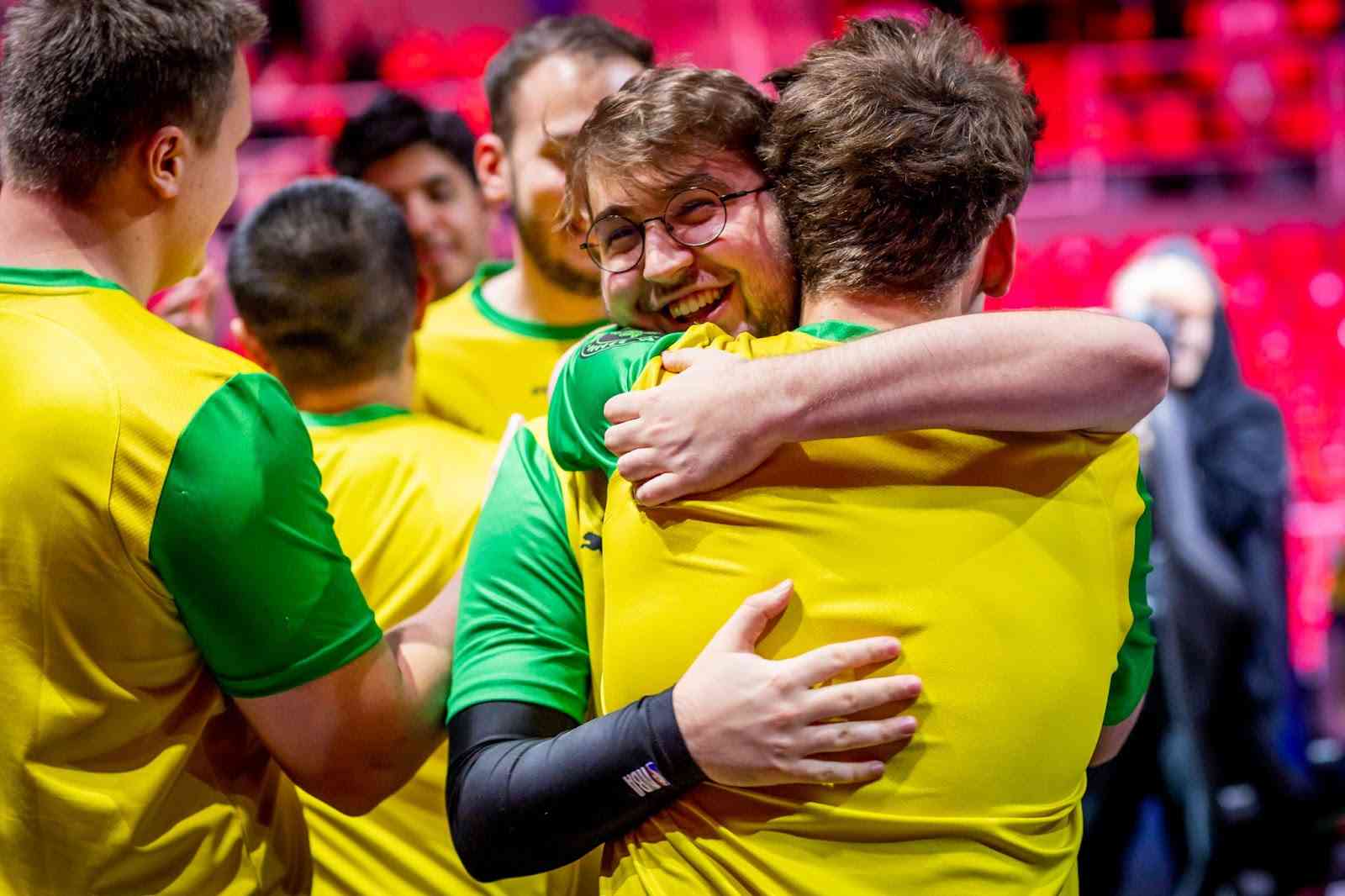 Cloud9’s singular event win of 2022 came at IEM Dallas, where a huge overperformance from IGL Vladislav “nafany” Gorshkov was undoubtedly their win condition. Couple this with his egregiously aggressive playstyle, and it suggests that the team’s true problem may lie with their captain.

For that reason, it’s nafany we would suggest should be cut and replaced by the former NAVI IGL, Kirill “Boombl4” Mikhailov. A leader with plenty of tournament-winning experience, Boombl4 offers a similar profile to nafany but without the added element of enjoying putting his team in 4v5 situations. It might not be a huge improvement, but it should add more consistency to the team. 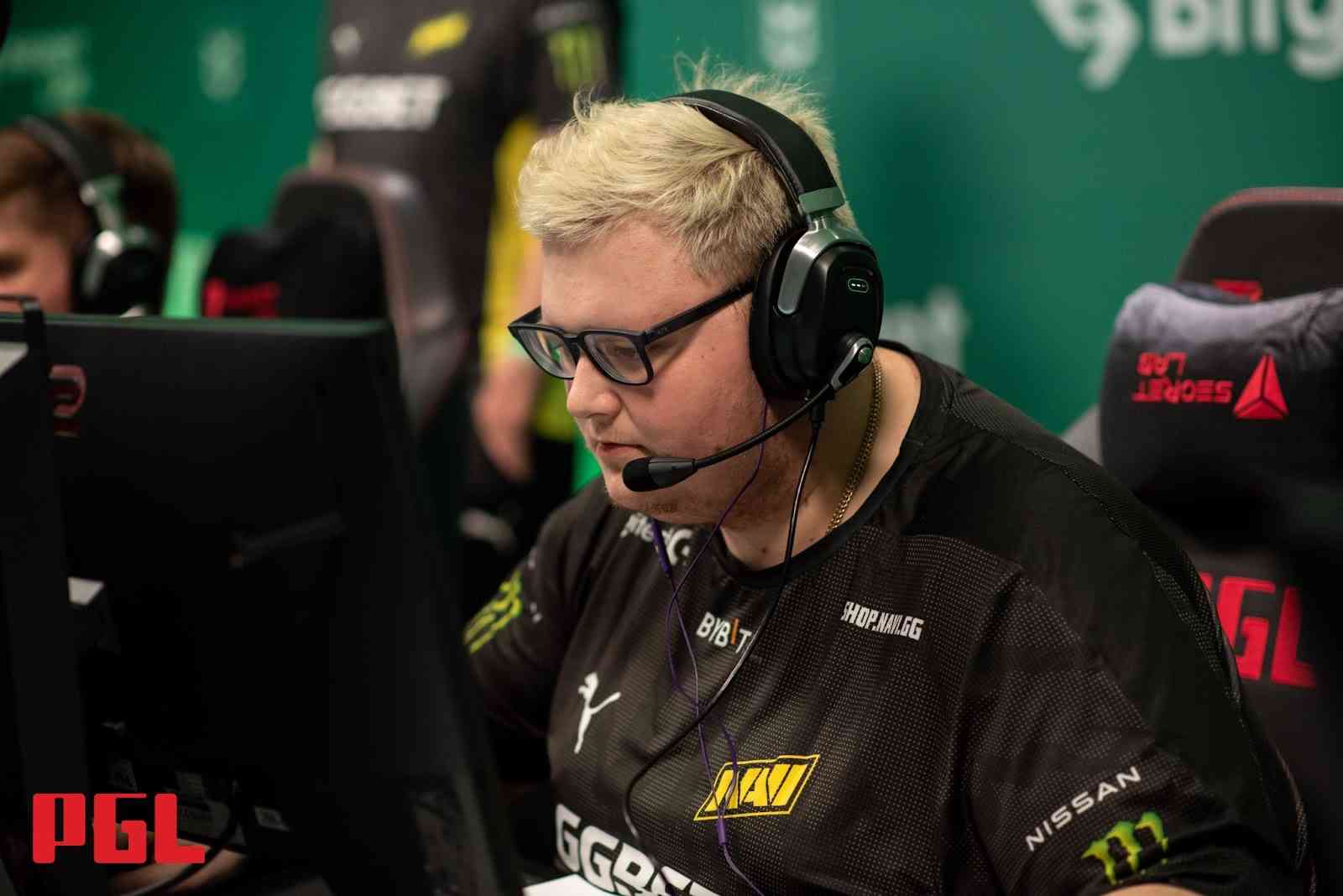 Considering how good this NAVI team can be and the fact they have Oleksandr “s1mple” Kostyliev, it seems wrong to see them in ninth place on the HLTV rankings. The team has struggled to win events for a while now, and it feels like a lot of that is down to the extra weight on Denis “electroNic” Sharipov’s shoulders since Boombl4’s departure.

An IGL is needed so that electroNic can shine again; that seems certain. Former NAVI Junior player Andrii “npl” Kukharskyi may have been brought into paper over the same cracks as Viktor “sdy” Orudzhev was. Still, there’s only so much they can do without replacing the superstar prowess of their IGL.

Andrey “Jerry” Mekhrayov has long impressed for forZe, consistently getting them into respectable positions that don’t really have the right to be in. Not only that, but his teams play good CS, and he’s definitely capable of making the step up to tier one. 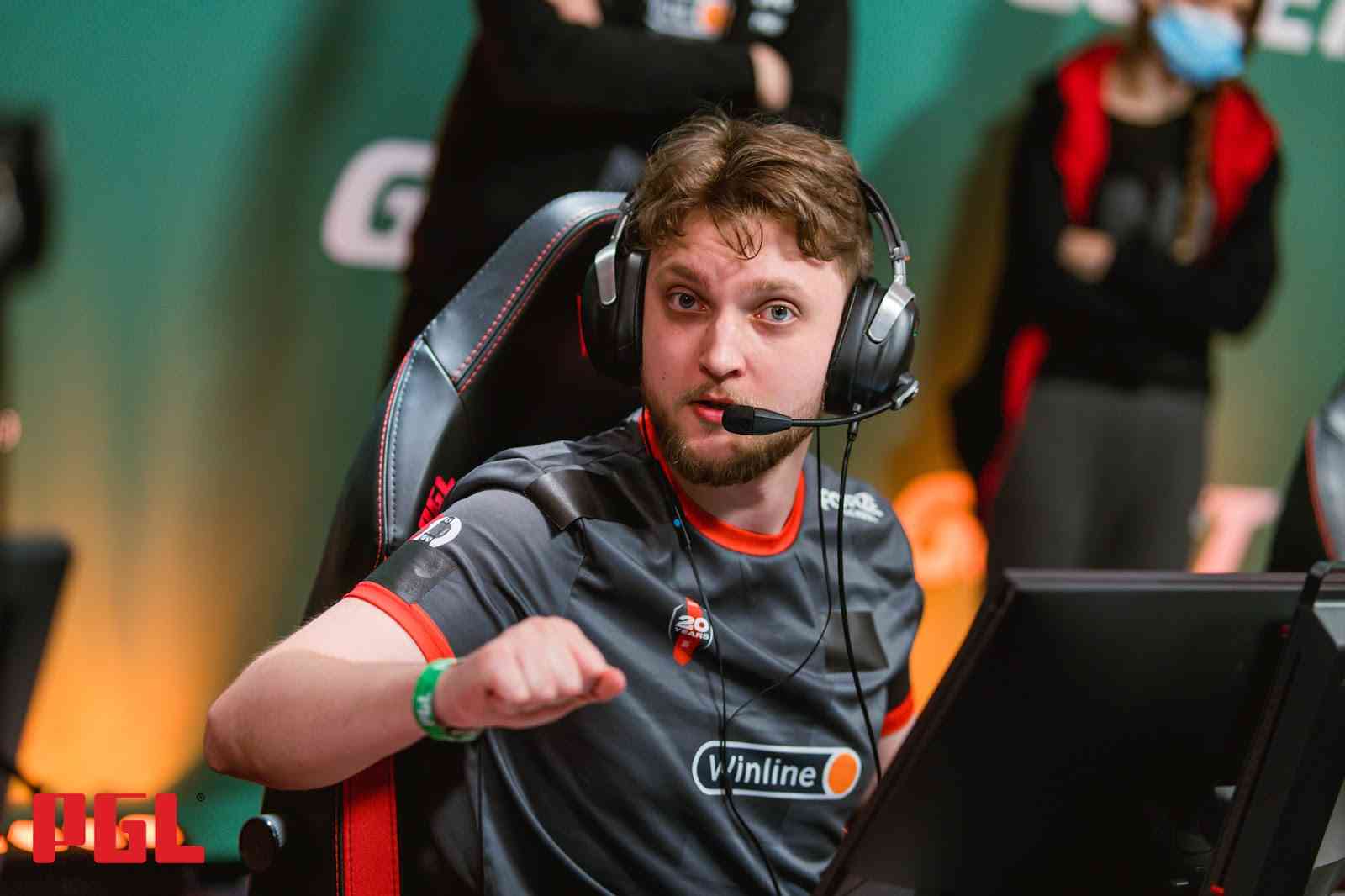 Vitality, alongside their former French rivals G2, was one of the most disappointing teams of 2022. It was always going to be difficult for them as they transitioned to an international roster, but it’s fair to say that more is expected from a team that features Mathieu “ZywOo” Herbaut.

Lotan “Spinx” Giladi hasn’t been as great for Vitality thus far as he was for ENCE, and the two Danes are certainly over the hill, but we still think there’s a potential Major win left in them. However, there is one player on the roster who doesn’t have it in him, Dan “apEX” Madesclaire.

We wouldn’t suggest bringing in an IGL to replace him; that role should instead go to Emil “Magisk” Reif. Instead, we’d suggest that Vitality needs more firepower in the form of an aggressive rifler. Staehr would have been an option, but we’ve already suggested FaZe sign him. The only answer then is Ismailcan “XANTARES” Dortkardes. If you can’t figure out why, just look at how well he performed at ESL Pro League Season 16. 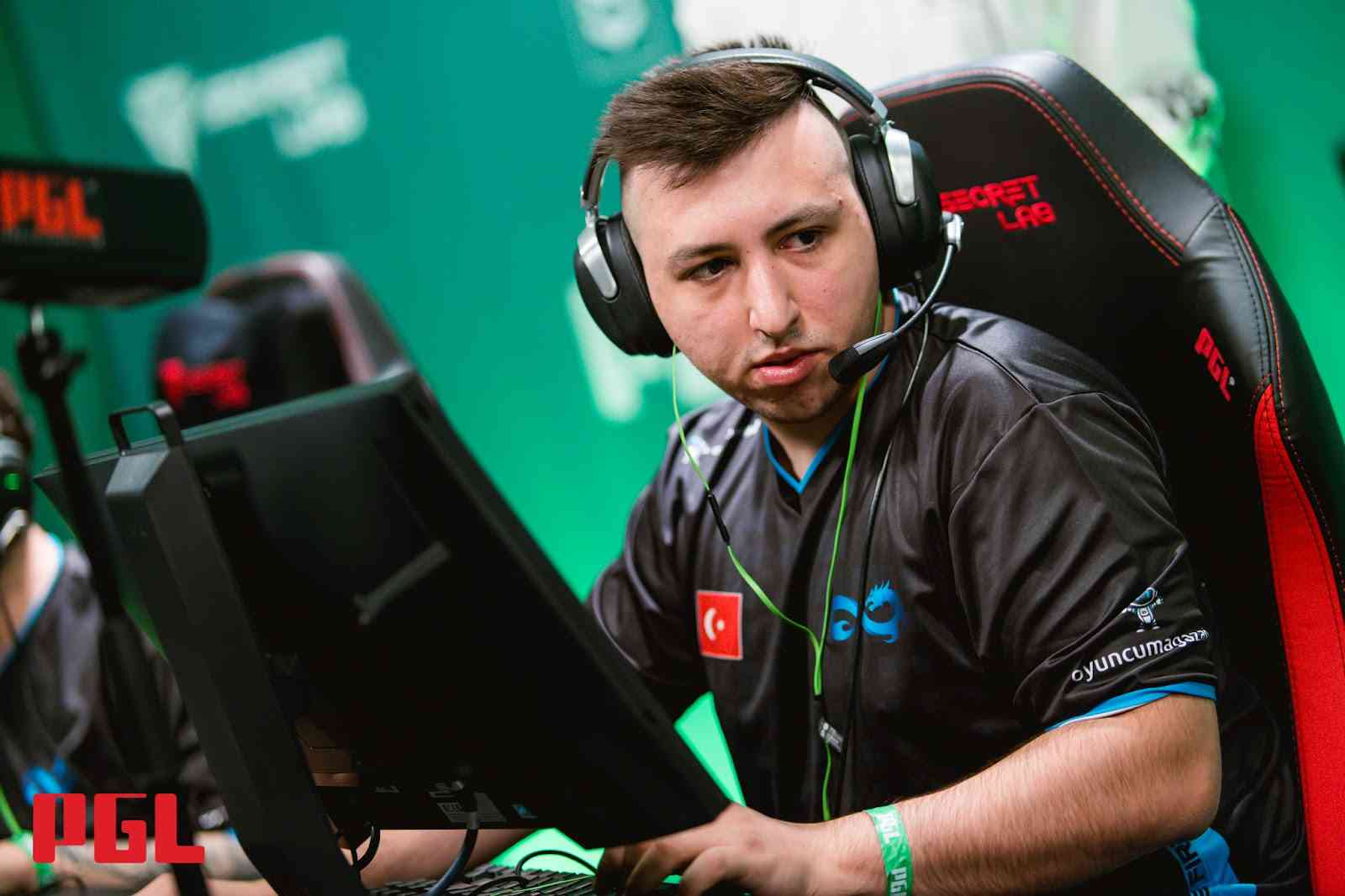