How OpTic Gaming Bounced Back Every Time to Become World Champions

OpTic (At the time Team Envy) started their Domestic VCT Stage 1 Challengers run with a stain on their record. It was an upset loss against RISE, who had come from the second open qualifier. A worrying start for the highly regarded team and considered to be among the very best in North America. Looking back, at the time, The Guard was still underdog nobodies, Sentinels were still slightly expected to perform, and Version1 was yet to showcase their new roster. Nobody knew who would be doing good, but after OpTic’s first showing, fans instantly began casting doubts on the team.

Fast forward six weeks, and OpTic have made a great comeback after their opening loss. They ended the group stage with three wins and two losses—their one other loss to Version1. Meanwhile, RISE finished with only a single win, their opening triumph against OpTic.

Pushed by one of the region’s best leaders, Pujan "FNS" Mehta, and one of the world’s best players, Jacob “yay” Whiteaker, OpTic bounced back from their initial stumble to head into the playoffs following a strong group stage. But this was just the start of OpTic bouncing back time and time again to become eventual World Champions. 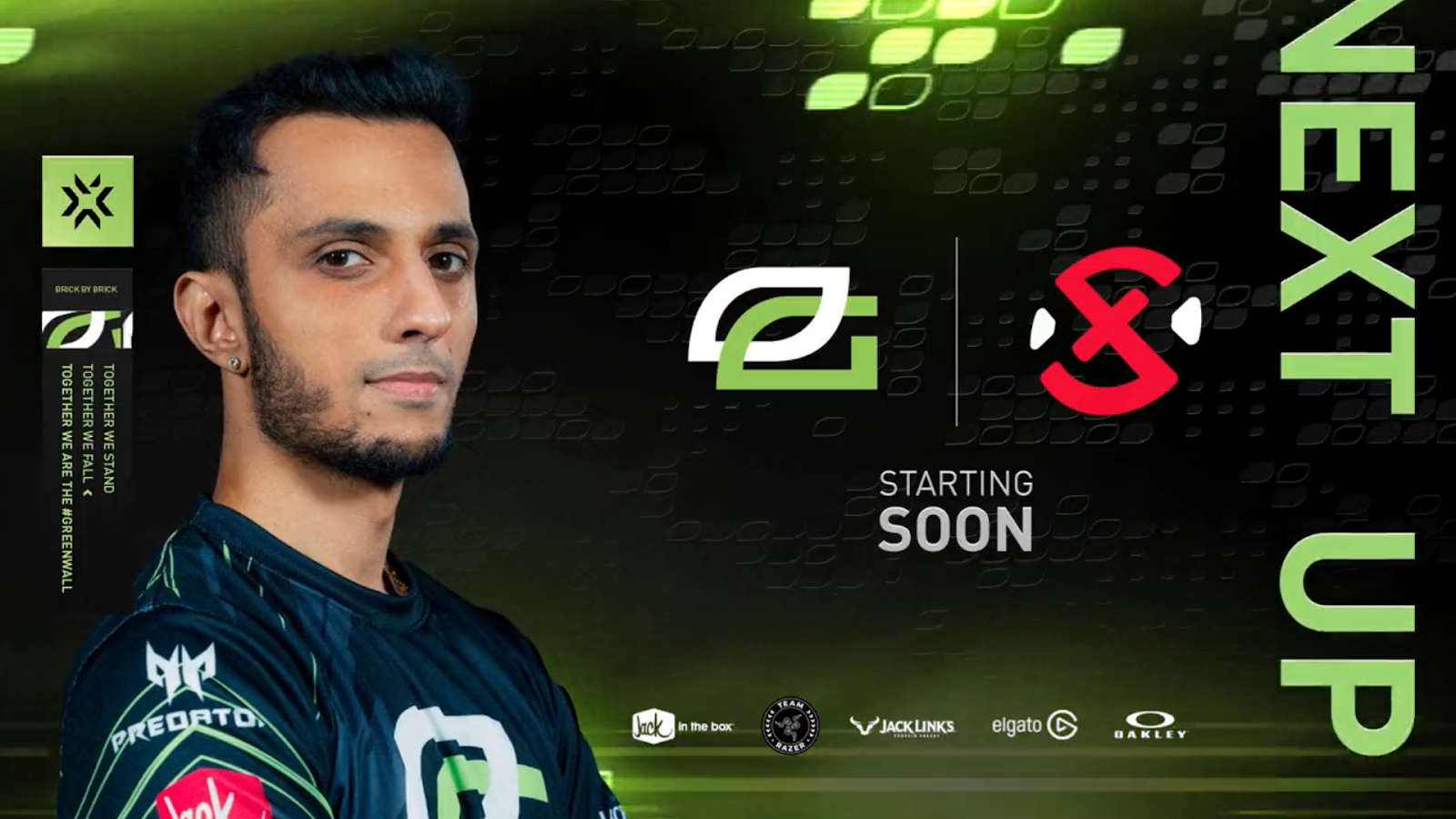 Only Second in North America

In the playoffs, there were many favorites. OpTic wasn’t one of them. They couldn’t be favorites when Version1 and Cloud9 both finished the group stage with 5-0 records, while The Guard was hot on the rise with a 4-1 record. But entering a new patch and meta, OpTic and their main Controller, Jimmy “Marved” Nguyen, had a “new” playing field.

And in true OpTic fashion, their first map in the playoffs was a disaster. But they would bounce back and complete a reverse sweep against XSET, to move on after a 2-1 series win. This was thanks to great performances on the last two maps by Victor “Victor” Wong - Who at this point mainly played the agents Kay/o and Raze. This is an important point to keep in mind as we unravel OpTic’s road to Global Supremacy.

The team’s next obstacle was a tall one. It was Cloud9, the fan favorites, the odds’ favorites. But, even as the underdogs in every aspect and regard, the Green Wall stood taller. After yay’s heroics in the first map, It was a full team effort in the final map to clinch the series against Cloud9. One of the many examples showing how strong OpTic can be when their entire team is shooting on all cylinders. But doubters would choke this up to a hard carried series by yay or underperformance by Cloud9.

Moving further, meeting them in the Upper Bracket finals of the 2022 NA Stage 1 Challengers was The Guard. Yay’s side dropped The Guard into the lower bracket in one quick swoop. And just like that, OpTic Gaming cleared the way to become the first North American team qualified for Stage 1 Masters Reykjavik 2022.

But, in a series that the players had then thought was just a seeding match, the North American crown fell just out of reach for OpTic. It was a rematch against The Guard in the Stage 1 Challengers grand finals, the series to decide North America’s Champions. A best-of-5 series where OpTic would crumble yet fought till the end. A 3-2 win meant The Guard was NA’s top seed and would start Masters Reykjavik in the playoffs.

Placed in Group B, OpTic had to best two of three other teams to reach the playoffs. And their start to Masters Reykjavik wasn’t the cleanest. In true OpTic fashion, they started the event with a 2-0 loss against XERXIA (Previously X10 Crit). Up next in their schedule was LATAM’s KRU Esports. A strong opponent in every sense, having made the top 4 in last year’s VALORANT Champions. However, the Chilean team looked messy and unorganized, giving OpTic their first win of the tournament.

But in even truer OpTic fashion, The team reversed the roles in a decider rematch against XERXIA. Now with Fracture and Haven as picks, Victor shone on Neon. And This time, they dominantly dismantled the APAC crew, sending them back home after only four days in

FNS’s squad had earned their seat for playoffs. Their first opponents? None other than North America’s champions themselves. The Guard was set for a rematch against NA’s runner-ups. In what could only be described as an “unlucky” pairing for North America.

With the help of Victor’s Neon on the decider map, yay’s side would come out victors of another rematch. This time, for NA’s pride. It may have stung for the region, seeing both teams having to face each other so early. But it was an opportunity OpTic took; the team looked hungry for their first trophy.

A frightening storm was brewing as teams were slowly seeing the light of OpTic’s bright Neon and the darkness of their Controllers. This Masters was all about nightmares, and OpTic was slowly and surely becoming a nightmare for every team. And next to face their fears was DRX.

Korea’s Lone representative. This time, you might know them as Vision Strikers without a seven-man roster. Placed in the Group Stage, the team led by superstar Kim “Stax” Gu-taek had looked dominant and stronger than ever. The series against OpTic would require three maps and Overtime.

It was close. And losing against multiple “eco” buys didn’t help the North American side. But after a heart-racing series, the Koreans would get kicked to the lower bracket. OpTic, once again standing tall during clutch situations and rounds, helped them close the series on round 28, a 13-15 scoreline. 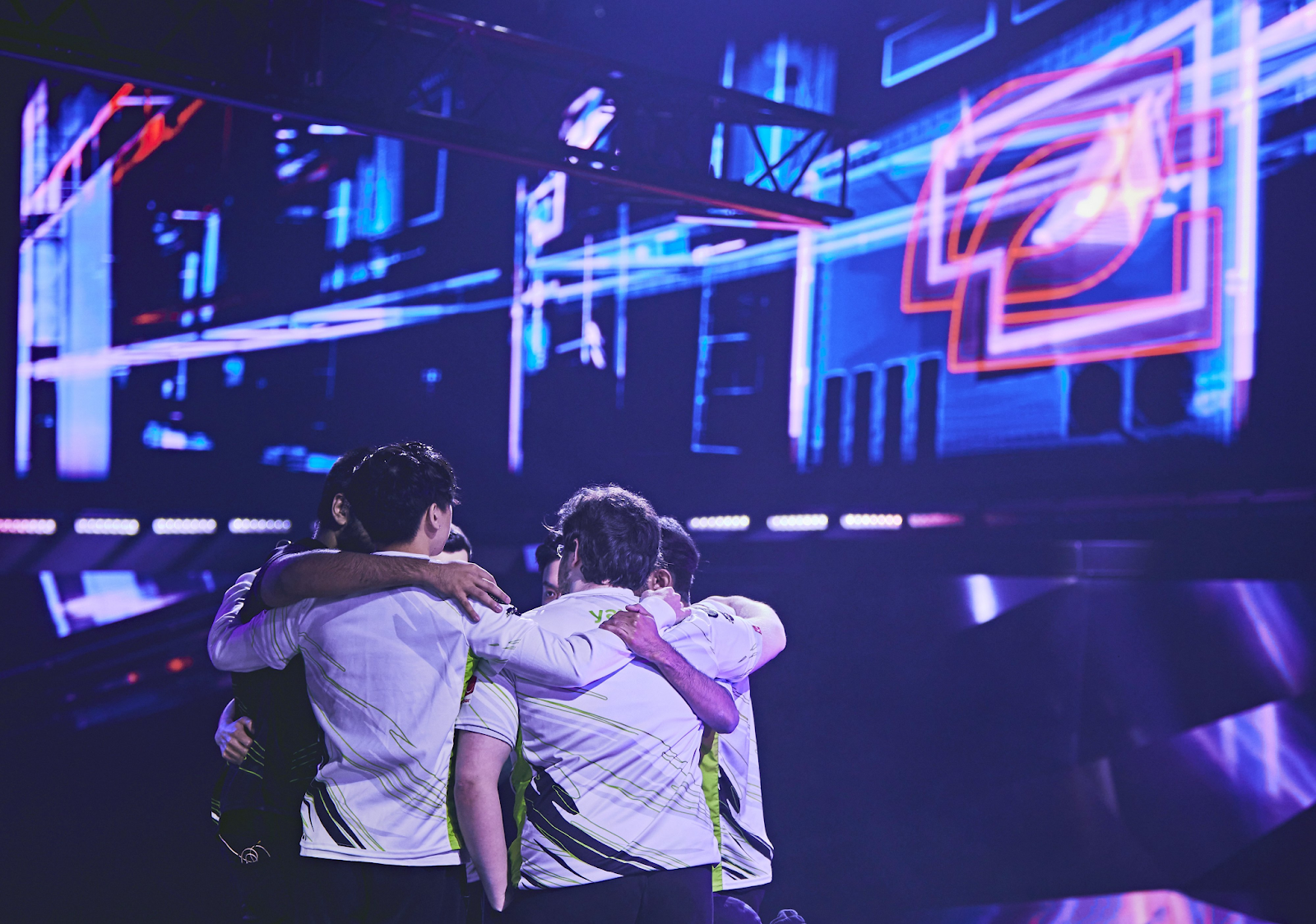 With the Stage 1 Masters Trophy now more than just “in arms reach” for OpTic, the pressure was on. This team's closest to global supremacy was at Berlin last year, where they crumbled in the grand finals against a strong Gambit Esports. Since then, the roster has stuck together, unlike the many around them. And with them, they carry the weight of previous results and future expectations.

And the team they face for the first spot in the Grand Finals had none of that. On the other side of the upper bracket was Brazil’s LOUD. The team had nothing but their nation’s and all the “underdog” lovers’ support. The Brazillian squad may have also felt the pressure of being closer to the prestigious Masters Reykjavik 2022 trophy, but they didn’t look like it. 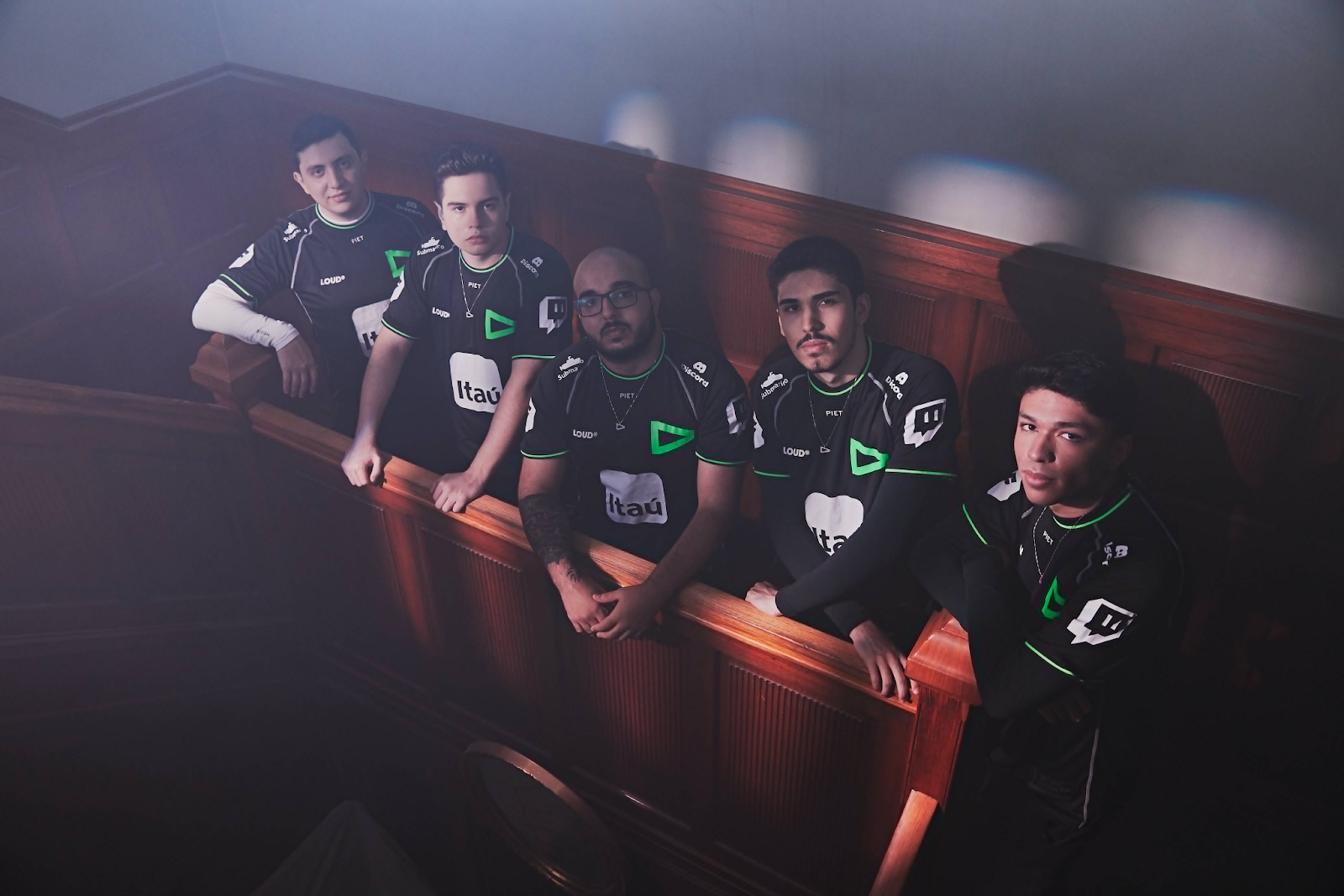 The tournament’s shortest run so far in LOUD with only five maps played to reach the Upper Bracket Finals, versus OpTic’s 12 maps played. A team on fire since Groups, or a team who had confidently beat EMEA’s G2 and Team Liquid. The series would require three maps, despite starting completely one-sided.

Fracture went to OpTic, 13-2. A map that has become more and more of the team’s best, especially with Victor’s Neon and yay’s lurking. But LOUD’s resilience was great, effectively containing OpTic’s attacker side to a single round during the second map, Ascent. The Brazilians finally took the series after denying OpTic’s comeback on Icebox led by Marved. It was as clutch as clutch could be, with LOUD shutting down OpTic on the 24th round, 11-13.

But fans couldn’t help but wonder. So far this year, what happened every time OpTic had a second chance? That's right; they bounced back.

For a Fated Rise

Down in the lower bracket, OpTic wasn’t out. They still had a chance, but the name trying to stop them was a miracle story. Japan’s greatest result ever, ZETA Division had made it to the top three - the best for a Japanese team in an International VALORANT competition. If anything, or anyone, were going to stop LOUD or OpTic, it would be these guys.

But Marved had other plans. The Controller main’s performance in the best-of-5 series was nothing but “insane.” He led the team to a 3-0 sweep against ZETA Division. 70 kills throughout the three maps, the closest to him was his superstar teammate, yay, with 59. Absolute heroics from the two left the Japanese side without a response. It was a hard loss to accept for the nation, but their “nice” achievements at the event were a great sign for the region.

And just like a script well written, OpTic was back for revenge, another rematch on their plate. Stakes are getting higher every time. International prestige, $200,000USD, and a chance to etch their names in VALORANT history forever were on the line.

Have they expected a “complete reversal of roles”? No, it was more like a complete doover. OpTic’s superstar, yay, showed LOUD and the world why exactly we call him a “superstar.” Leading the way with a dominant 74 kills and a KDR of 1.45, “El-diablo” was Brazil’s worst nightmare that night. But, as is with OpTic, the team can’t rely on yay alone. But right behind him was Marved, with once again another heroic performance. 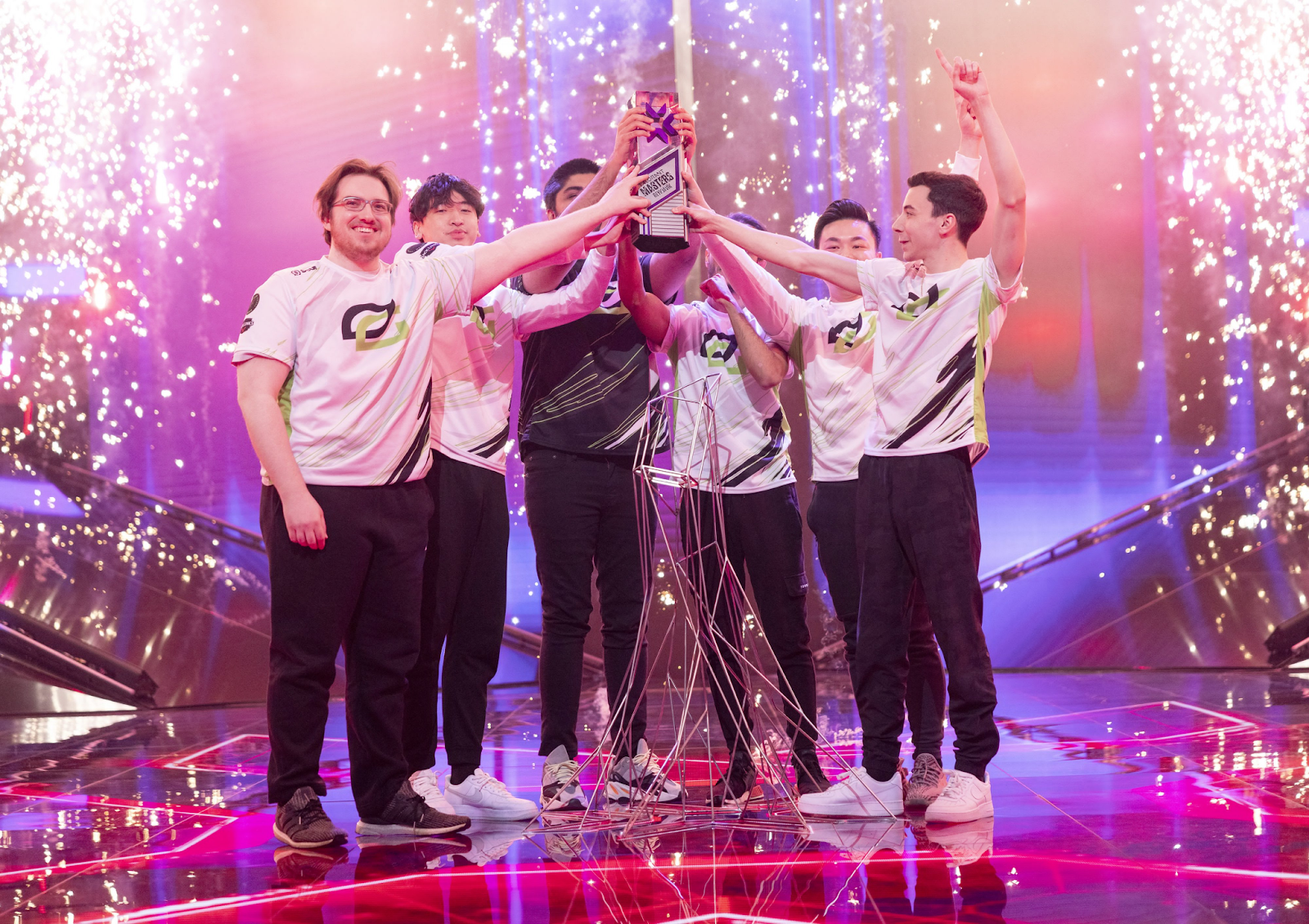 Bouncing back from Domestic defeat, Opening Disappointment, and Upper Bracket upsets, the team’s run wasn’t perfect, but it was a show of Resilience. North America has defended the crown at Iceland.