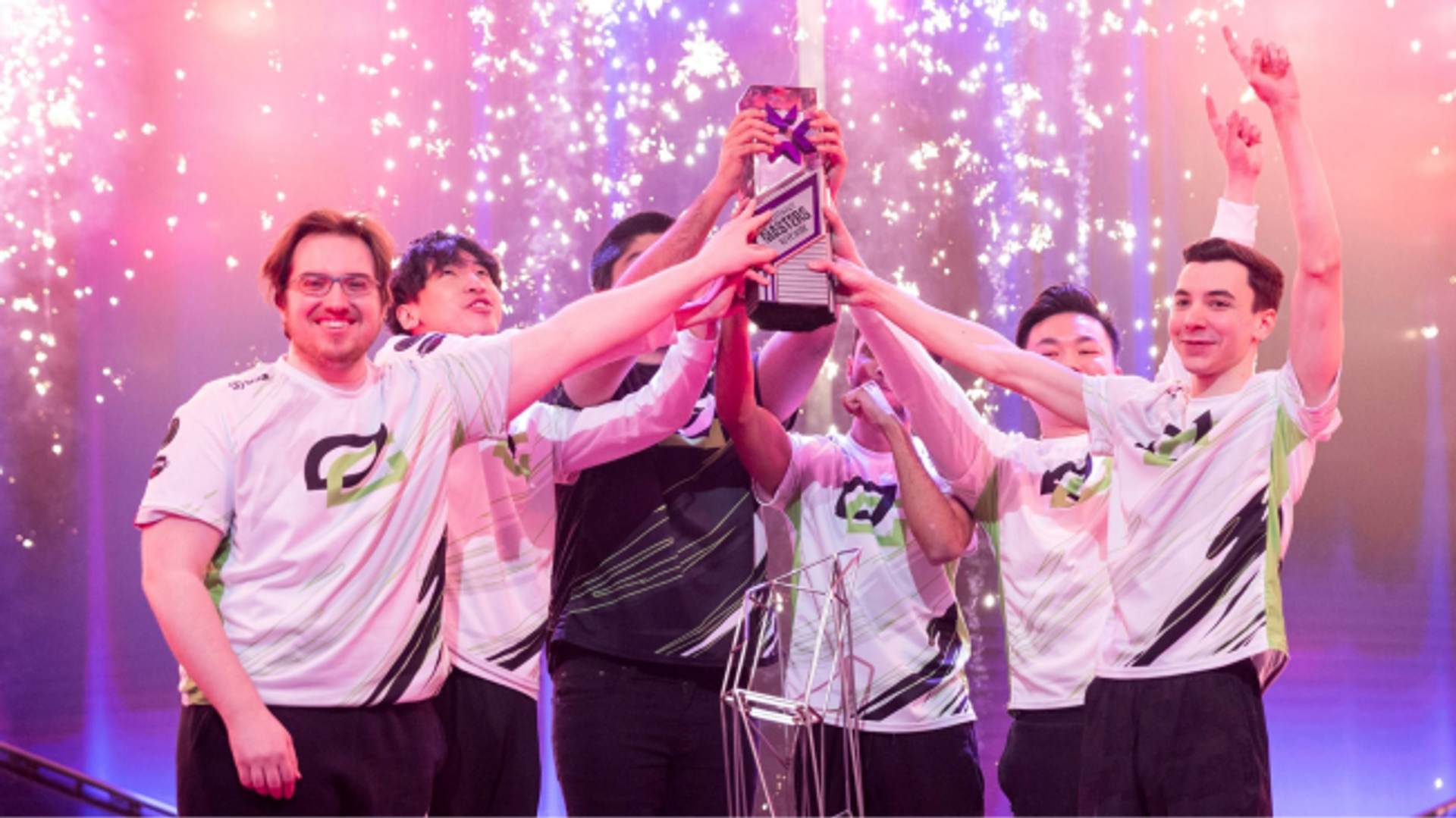 With the completion of VALORANT Champions Tour Stage 1: Masters Reykjavík, VALORANT has crowned its first international champion for the 2022 VCT Circuit. OpTic Gaming, previously Team Envy’s VALORANT roster, came out the winners, beating LOUD from Brazil 3-0 in the Grand Finals.

VCT Stage 1: Masters Reykjavík was the first international event of the circuit year 2022, the first of three Masters events, which will be followed by VALORANT Champions, which concludes the competitive year for the VCT teams. Teams from all over the world arrived in Iceland to represent themselves and their regions in a two-week-long intense VALORANT affair. There was no lack of quality VALORANT at the event; we were able to absorb so much from it.

Here are our takeaways from the event.

OpTic began their run losing 0-2 to Thai representatives, XERXIA. They faced lots of criticism from fans following OpTic coach Chet "Chet" Singh’s post-game comments, claiming XERXIA won mainly because they mastered a “cringe composition.” They dropped to the lower bracket of their group but managed to make it to the playoffs.

In the playoffs, OpTic faced The Guard and DRX, both of whom they dealt with swiftly. In the Upper Bracket Finals, they met their eventual finalists, LOUD, to whom they lost 2-1. Dropping to the lower brackets again, OpTic beat both the Asian representatives in Paper Rex and ZETA DIVISION to finally meet LOUD in the Grand Finals. This time, they made sure not to make the same mistakes and came out on top as winners of VCT Stage 1: Masters Reykjavík. 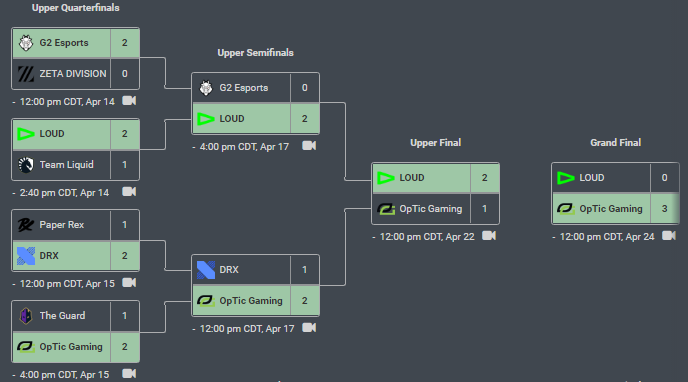 Jacob “yay” Whiteaker still looked like one of the best players in the world on his ever-present Jett and now his Chamber. His consistency and explosiveness drove OpTic through some of the games in the competition. Jimmy “Marved” Nguyen seemed like the best controller in the world at Masters. His ability to provide control to his team on the Omen was obviously flawless, but coupled with his ability to make plays and clutch out rounds provided his team with so much stability and composure.

OpTic/Envy, to date, has only won one significant event, VCT 2021 Stage 1: Challengers 2. The hunger for the OpTic players must’ve been at an all-time high, with them finishing 2nd and 3rd in multiple significant events like VCT Stage 3: Masters Berlin and many more. This was very evident with the amount of preparation and the quality of play OpTic came in with exceeded any other team in the event.

Compared to other teams that dropped off after a peak, OpTic have maintained their level throughout 2022 and, in fact, only bettered themselves. OpTic has outdone most teams with that record alone. To come back after a meta shift and continue to establish yourself as a top team in the world is commendable.

VALORANT is a Truly Global Esport

VALORANT is one of the few esports that feels like it has real global competition and representation. In the top 4 of the VCT Masters, we had one North American team, two teams from Asia, and one from South America. This is the only tactical shooter that isn’t heavily dominated by European and/or North American teams.

Riot Games has ensured that every international event has ample global representation. Their Masters event has the following qualifying slot allocation: 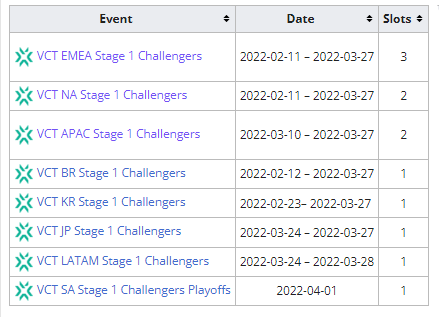 EMEA could not send out their best representation due to FPX facing travel issues and Fnatic losing two of their players. NA won the competition with OpTic, but the event's biggest surprise was the unbelievable performance of the respected Asian teams. ZETA DEVISION was criticized as one of the weakest teams coming into the event, but they upset the competition to make it to the top 4. Paper Rex and XERXIA were not held in very high esteem, but both teams made some big upsets, and Paper Rex also again reached the top 4.

Both Ninjas in Pyjamas and LOUD from Brazil, had some big wins, and LOUD made it to the Grand Finals of the entire event. They also beat OpTic in the Upper Bracket Finals, in the reverse fixture, so if anything, there are no ‘minor regions’ in VALORANT.

Each region has repeatedly shown its ability to compete at the top level without much difficulty. Just because some areas didn't have the greatest track record at international events in other games does not mean they won’t be successful in VALORANT. VALORANT has provided everyone with a new avenue for success, a new opportunity, if you will, and most underdog teams and regions have fully capitalized on it to become the best.

Many teams tend to run specific compositions on maps because they’re deemed the best. Teams follow specific strategies because they have the highest probability of working in the game's current state. However, if we’ve learned anything in VALORANT Masters, it's that the meta means nothing to a team that knows what they’re doing.

Rewinding to the OpTic vs. XERXIA game, OpTic’s coach chet called out XERXIA for running a ‘cringe’ composition and mastering it. The composition XERXIA ran was an outdated composition. They changed up from their regular composition completely. Their usual composition on Ascent was Astra, Sova, Kayo, Cypher, and Jett. This is a pretty acceptable composition at the highest level, with maybe the Cypher being replaced with a Killjoy as the only improvement. 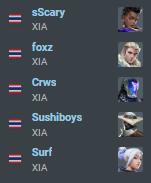 However, the composition they ran against Optic was a complete turnaround in philosophy and direction, with Omen, Sage, Sova, Jett, and Killjoy. They dropped their Cypher, Astra, and KAY/O for this game. KAY/O has been one the most picked agents on Ascent in recent times, and this seemed like a suboptimal decision, but it did end up paying off for them. They beat OpTic 2-0 in a shocking start for VCT Stage 1: Masters.

Another example is Paper Rex. PRX just pulled up to VCT Masters, with the most vanilla compositions we’ve seen in a long time. They played double duelists on a lot of maps, and on some maps, they even ran Reyna as a secondary duelist. Reyna has been long considered a bad agent in professional play, but they managed to make it work. They were also the first team to ever pick Yoru in professional play, and managed to 2-0 G2 Esports in the Lower Bracket Round 2.

They also beat The Guard 2-0 in the Lower Bracket Round 1, which was one of the upsets of the tournament. We saw Jing “Jinggg” Jie on the Reyna, who was unfathomable. Most teams on Haven run double initiator, without a Sova, or run a Sage. However, Paper Rex ran the comps you’d see in ranked games about a year ago and knocked out North America’s #1 seed.

While most teams try to emulate a style of play or accommodate specific ‘must-pick’ agents into their compositions in their games, teams like PRX, XERXIA, ZETA DIVISION, and more have shown us the value of being comfortable in the way you want to approach the game and your philosophy behind it. They weren’t pressured into making meta picks or emulating styles of play that didn't suit them. They played the way they knew they could win games, and they made a statement doing so.