Predicting the Awards at the HLTV Award Show 2022 — Part 1

The HLTV Award Show will take place on the January 14 in the Space Arena in Stockholm, Sweden. The show will be presented in front of a live audience as well as on Twitch and will feature guests from the Counter-Strike scene, such as Kenny “kennyS” Schrub, Patrik “f0rest” Lindberg, and Filip “NEO” Kubski. There are lots of different awards ranging from Coach of the Year to Women’s team of the Year, and in this article, I will be looking through the nominations for each category and predicting who I believe deserves the award. How many do you think I have correctly predicted?

To preface, this article is entirely my own opinion, it's backed up and strengthened using statistics. Feel free to disagree; these are my views on the Counter-Strike scene across the whole of 2022.

Player of the Year - s1mple

The HLTV Player of the Year will also be the number-one ranked player on their HLTV Top 20 Players of 2022, and therefore no nominations have been provided to not spoil the top three positions on the list. In my opinion, the three in contention for Player of the Year are Oleksandr “s1mple” Kostyliev from Natus Vincere, the #1 ranked player from last year, Mathieu “ZywOo” Herbaut from Vitality, who won the award in 2019, and 2020 and was runner up in 2021 and Dmitry “sh1ro” Sokolov from Cloud9, who burst onto the scene in 2021 with a number-four ranking. These three would be my personal “nominations” for the Player of the Year in 2022.

The less dominant showings from the Ukrainian; partially due to the decline in the Natus Vincere squad in the second half of the year, made the race for number-one player a tad closer, but I still believe he's done enough to earn the right to be the HLTV Player of the Year. 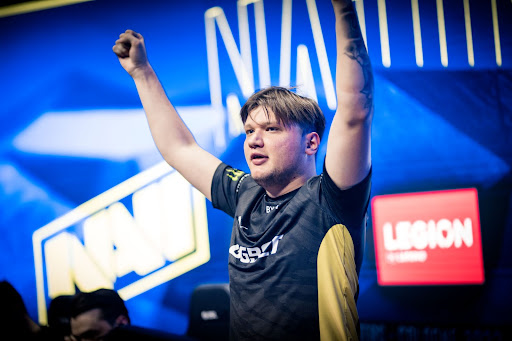 Alongside Dmitry “sh1ro” Sokolov, Oleksandr “s1mple” Kostyliev tops the charts for Rating 2.0 across Big Events in 2022, with a 1.25 across more maps than the Russian.

The 25-year-old is the highest rated on CT-side in 2022, with a 1.34 average rating, and third highest on T-side with a 1.15. At Big Events in 2022, the Ukrainian sniper also has the most kills per thirty rounds with 24.6, with Mathieu “ZywOo” Herbaut coming in second with 23.9. Oleksandr “s1mple” Kostyliev extended his MVP medal collection to twenty-one in 2022, adding two more to his collection. A far cry from the eight he won last year but a decent haul, receiving the MVP at both the BLAST Premier: Spring Finals and IEM Cologne. Lastly, the best player of 2021 boasts the highest multi-kill rounds, with 20.6% of rounds played at Big Events this year, resulting in Oleksandr “s1mple” Kostyliev getting two or more frags.

Natus Vincere did begin to drop off towards the end of 2022. Will they and the Ukrainian superstar be back to their best in 2023 with NAVI Junior graduate Andrii “npl” Kukharskyi joining the squad?

Team of the Year - FaZe

Even as a G2 fan, I am unsure how G2 received a nomination for this award. Despite an exciting start to the year, making the final at IEM Katowice and a strong end to the year, winning the BLAST Premier: World Final, G2 was not the third-best team throughout 2022.

G2 did not make the playoffs of either Major in 2022 and didn’t even make it through the RMR for the IEM Rio Major. In my opinion, this award is between Natus Vincere and FaZe. Based on the HLTV ranking, FaZe was ranked number-one for twenty-five weeks compared to Natus Vincere’s seventeen weeks. Now, that difference doesn’t seem that big, but fourteen of these weeks stemmed from the Ukrainian organization's performances from last year, being the best team in 2021. 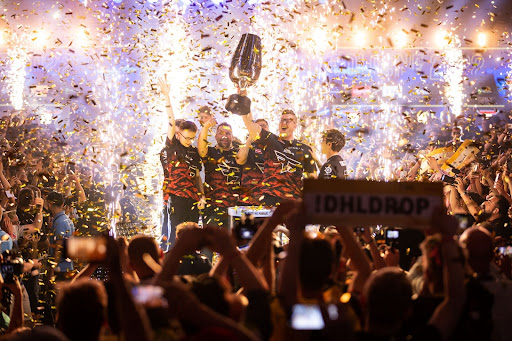 Natus Vincere has only won a single tournament in 2022 - the BLAST Premier: Spring Final — and made the final two other times; IEM Cologne 2022 and PGL Major Antwerp 2022.

The issue with this is both of those finals were lost and lost to the hands of Finn “karrigan” Andersen’s FaZe. The international squad won four events in 2022, all bigger or equal events to the BLAST Premier: Spring Finals. FaZe started the year winning IEM Katowice 2022, ESL Pro League Season 15, and the PGL Major in Antwerp.

Robert “RobbaN” Dahlström’s side won their final tournament of the year in Germany, winning IEM Cologne 2022 in July. FaZe did have a poor result at the Major in Rio, but that does not define their year. FaZe also made two finals where they didn’t win and, in my opinion, were far and away the best team of the year.

This highlight was as important as it was flamboyant. Robin “ropz” Kool pulled off this ace at 14-15 in the IEM Katowice 2022 Grand Final to drag his team to overtime on Inferno.

Ilya “m0NESY⁠” Osipov was under the spotlight immediately upon joining G2 in early 2022, and this AWP 1v4 certainly announced his arrival to the tier-one scene with a bang.

Helvijs “broky” Saukants was in red-hot form to start the year, and this AWP 1v4 against Astralis, full of lightning-fast no scopes and beautiful positional play, demonstrated what made him so strong.

These highlights were incredible, and all these players had a wonderful year. There is something to be said about Ilya “m0NESY⁠” Osipov pulling this off in his first tier one event as well as Robin “ropz” Kool dragging his team to overtime in the Grand Final at IEM Katowice.

The immense occasions that surround both Ilya “m0NESY⁠” Osipov and Robin “ropz” Kool’s highlights make them more special than the superb play from Helvijs “broky” Saukants. Therefore, it is between the first two for me and comes down to the opposition. Ilya “m0NESY⁠” Osipov manufactured his clutch against MIBR, a team ranked number fifty-six in the world, in a last-chance match to qualify for the BLAST Premier: Spring Finals.

Women's player of the Year - ANa

The nominations for Women’s player of the Year are Ana “ANa” Dumbravӑ and Ksenia “vilga” Kluenkova from Nigma Galaxy and Olga “Olga” Rodrigues from Furia Fe. Ana “ANa” Dumbravӑ is the sole sniper on the list, and the Romanian has dominated female Counter-Strike throughout 2022.

Nigma Galaxy won the three major events in 2022, both seasons of ESL Impact League and ESL Impact Valencia, and Ana “ANa” Dumbravӑ has been vital for those victories. The 23-year-old Romanian sniper was the highest-rated player at both the Impact League Finals, averaging a 1.36 rating in Season 1 and a 1.41 in Season 2.

She was also the second highest-rated player at ESL Impact Valencia 2022, only behind Furia Fe star - Olga “Olga” Rodrigues. Given the fact that Nigma Galaxy was victorious on every occasion in 2022, that means that for me personally, it is between Ana “ANa” Dumbravӑ and Ksenia “vilga” Kluenkova for the best female player this year, and although Ksenia “vilga” Kluenkova has been instrumental, Ana “ANa” Dumbravӑ was the driving force for the Nigma Galaxy roster and was undoubtedly the player of the year. 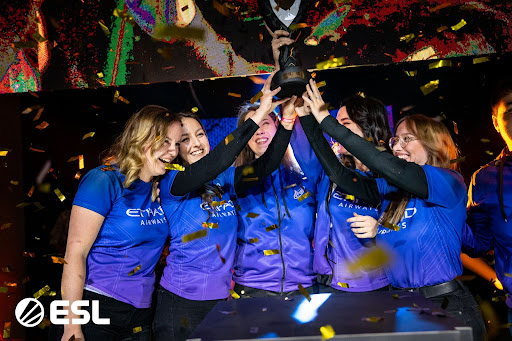 As mentioned, Nigma Galaxy was the winner of all major female tournaments in 2022. They started the year off with a victory at the ESL Impact League Season 1 Final, winning without dropping a series. They built on this performance to win both ESL Impact Valencia 2022 and ESL Impact Season 2 Finals without losing a map.

Their dominance over the female scene has been great to watch, and they are certainly the Women’s team of the Year. Furia Fe came close, losing out in the Grand final on every occasion, consistently finishing second best to Nigma Galaxy, akin to Liquid and Astralis in 2018.

CLG Red also had a strong year and started off 2022 ranked higher than Nigma Galaxy, but they didn’t have the results of Ricardo “JTR” Júnior’s side in 2022, failing to even make the Semi-finals after Season 1 of the ESL Impact League. 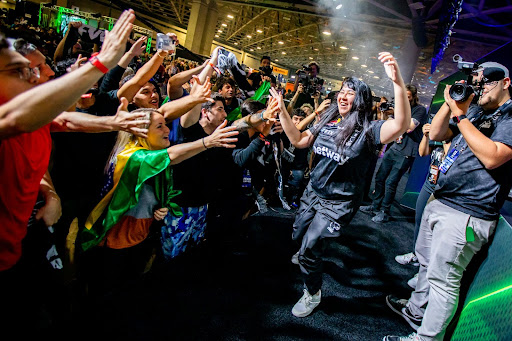 Rookie of the Year - m0NESY

Rookie of the Year awards are always exciting as we all look to the future and imagine who the stars will be in a couple of years. At the Esports Awards in December, Ilya "⁠m0NESY⁠" Osipov won the Esports PC Rookie of the Year and deservedly so but let’s have a look at the other nominees and see how close they come to challenging Ilya "⁠m0NESY⁠" Osipov’s rookie year. Robert “⁠Patsi⁠” Isyanov and Igor “w0nderful⁠” Zhdanov both currently play for Spirit and were both vital for all of the success Spirit found in 2022.

Spirit was very competitive at both Majors in 2022, making the Quarterfinals in Rio de Janeiro with Igor “w0nderful⁠” Zhdanov and making the Semi-finals in Antwerp with Abdul “degster” Gasanov. Due to the Ukrainian joining Spirit partway through the year, in June, I would give the advantage to the Russian rifle star as the run in Antwerp is what really put Spirit on the Counter-Strike map. However, with Igor “w0nderful⁠” Zhdanov on the team, Spirit has continued to look bright, shown not only by the performance in Brazil but by an event win inside Camp Nou.

The Flow FiReLEAGUE 2022 Global Finals took place in Barcelona, Spain, inside the famous football stadium and saw Spirit take home the trophy over paiN in the final. Although it was not a huge event, it is impressive, and Igor “w0nderful⁠” Zhdanov averaged a 1.52 rating across the tournament, showing he has a lot of promise heading into 2023.

Ilya "⁠m0NESY⁠" Osipov, however, is on a different level. The 17-year-old Russian joined G2 in January 2022 and, throughout the year, has come by leaps and bounds. He didn’t have the same success at Majors as Spirit, but in 2022, he averaged a 1.16 rating at Big Events, is expected to place highly on the HLTV Top-20 Players list, won his first Counter-Strike LAN in Abu Dhabi, the BLAST Premier: World Finals and also was awarded his first MVP at the same event. The Russian youngster keeps getting better and better, and the sky's the limit heading into 2023 and is for certain the Rookie of the Year in my eyes. 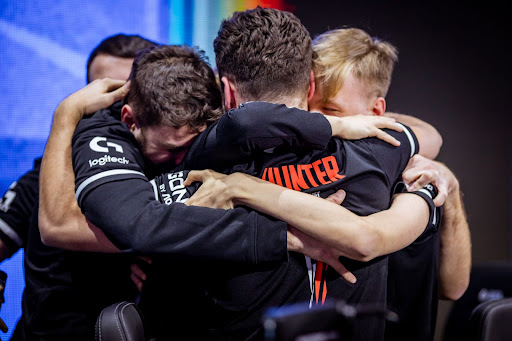 That concludes Part 1 of our HLTV Award Show predictions, see Part 2 for our Panel predictions.

Follow BLIX.GG to stay up to date with everything esports!