Predicting the Awards at the HLTV Award Show 2022 — Part 2

Our predictions continue with a closer look at the Panel Awards. You'll find the rest of our predictions in Predicting the Awards at the HLTV Award Show 2022 — Part 1.

IGL of the Year - karrigan

Casper “cadiaN” MøllerFinn “karrigan” AndersenDzhami “Jame” AliStatistics are not of much use when it comes to IGL of the Year. For me, it comes down to success, and Finn “karrigan” Andersen has the trophies to back it up, winning four big events in 2022 - IEM Katowice 2022, magically with Justin “jks” Savage standing in for two different players at different points in the event, ESL Pro League Season 15, PGL Major Antwerp 2022 and IEM Cologne 2022. The Intel Grand Slam still eludes Finn “karrigan” Andersen’s men, but they’ll be gunning for it heading into 2023. 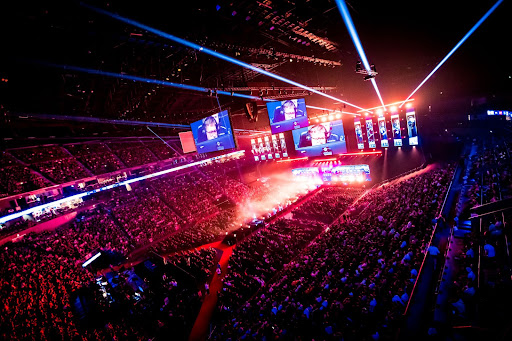 The other two IGLs are both AWP players as well. Is this becoming the new meta? Dzhami “Jame” Ali’s biggest achievement in 2022 was winning the Major that eluded him in Berlin in 2019, winning the IEM Rio Major 2022. The Russian leader managed to get back to the top of the Counter-Strike world even after losing his star rifler Mareks “YEKINDAR” Gaļinskis, and that is an achievement, to say the least. Casper “cadiaN” Møller had a similarly bright year, managing to win his first LAN event against FaZe no less in the Grand-final at the BLAST Premier: Fall Finals.

His passion has clearly instilled belief in his side, and he has managed to topple Astralis and become the best team in Denmark. Despite losing out to Outsiders in Rio, I am sure Casper “cadiaN” Møller will be back with a vengeance heading into the Paris Major in 2023. For me, the choice is obvious, Finn “karrigan” Andersen matches Dzhami “Jame” Ali with the Major victory but also trumps the rest with the sheer amount of trophies. The 32-year-old Danish leader is a legend of the Counter-Strike world and was far and away the best IGL of 2022.

AWP of the Year - s1mple

While I still think so, there are some interesting reasons why Dmitry “sh1ro” Sokolov may be in with a shout. When it comes down to purely AWPing metrics, the 21-year-old Russian sniper tops the charts.

He bests the competition comfortably with a staggering 0.41 AWP kills per round compared to Oleksandr “s1mple” Kostyliev with 0.34 and Mathieu “ZywOo” Herbaut with 0.32. Understandably, there is more to AWPing than getting kills with the AWP, and perhaps this statistic resembles the other two's proficiency with the rifle, but it is certainly interesting. 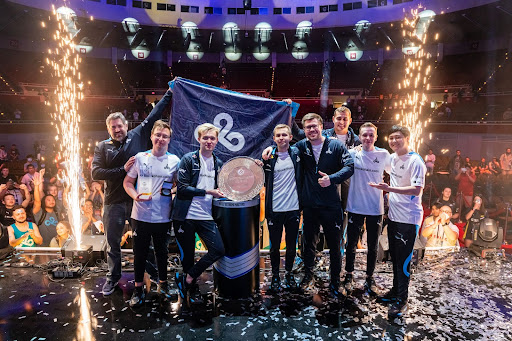 Opener of the Year - YEKINDAR

All these players are excellent rifle players and excellent entry fraggers, but who was the best throughout 2022?

In my opinion, Martin “stavn” Lund is not an opener per se but does a lot for his team in terms of taking map control. Martin “stavn” Lund has been an integral part of Heroic’s success in 2022, averaging the highest rating for his team - 1.18 across 2022, but in terms of opening kills per round averages 0.11, low compared to 0.15 of Nikola “NiKo” Kovač and 0.17 of Mareks “YEKINDAR” Gaļinskis. 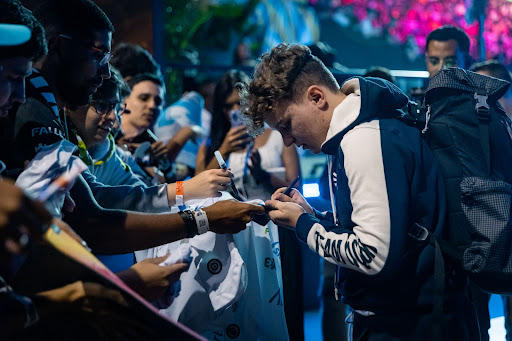 The Bosnian attempts an entry in 27.1% of rounds and is successful 56.2% of the time. On the other hand, Liquid’s newest signing, Mareks “YEKINDAR” Gaļinskis, attempts an entry in 33.9% of rounds but is only successful 48.8% of the time. The sheer volume and willingness to create space shown by Mareks “YEKINDAR” Gaļinskis in 2022 is beautiful to see and is the purest entry fragger outside of FURIA’s Andrei “arT” Piovezan in the Counter-Strike scene at the moment.

While I do believe Nikola “NiKo” Kovač had a better year than Mareks “YEKINDAR” Gaļinskis as a rifler, the Latvian’s persistence and frequency to create space for his team led me to say he was the best “Opener of the Year”. This is most definitely the closest award so far, and I could see this going either way; I will be interested to see the winner come January 14th.

Closer of the Year - Ax1Le

The closer of the year is typically a player that plays on the extremities of the map and is vital for closing out rounds for his team.

These three candidates have all had exceptional years, instrumental in their teams' success in 2022, but who was the best at their role? Even though Kaike “KSCERATO” Cerato had a wonderful year, and his form in the Major in Rio de Janeiro was beautiful to see, he doesn’t match the levels of the other two, in my opinion.

Kaike “KSCERATO” Cerato will no doubt be highly ranked on the HLTV Top-20 Players, but his side's lack of deep tournament runs hinder his ability to win this award, in my opinion. FURIA is also not a BLAST-partnered team, and this lack of played maps also hurts his chances. The 23-year-old, however, did average an incredible 1.17 rating throughout the year and should be proud of his nomination. 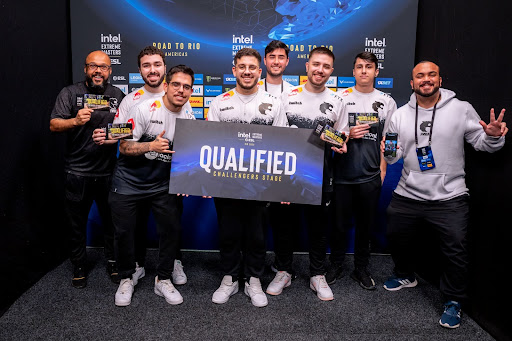 Kaike “KSCERATO” Cerato and his team are seen celebrating after qualifying for the Major in Brazil | Image: Copyright ESL | [Stephanie Lindgren]

While rated lower, Robin “ropz” Kool had a phenomenal year. He averaged a 1.14 rating while playing for, in my opinion, the Team of the Year. He was pivotal for the four big event wins in 2022 and excels at his role; sometimes, however, I question if he could be doing more for his team, akin to Sergey “Ax1Le” Rykhtorov, who pitches in with aggressive plays now and again and truly thrives. So, for me, Sergey “Ax1Le” Rykhtorov is the winner of this award.

Anchor of the Year - NAF

All the nominations for this award were required to play supportive, big-site anchors on the CT side, and these players thrive in those positions. Rasmus “⁠sjuush⁠” Beck averaged a 1.14 rating throughout 2022 on CT-side, and considering his supportive positions, that is very high.

The Dane was integral in Heroic’s victory in Denmark at the BLAST Premier: Fall Finals. Ilya “Perfecto⁠” Zalutskiy is the rock in Natus Vincere’s defense and ensures stars like Oleksandr “s1mple” Kostyliev have the space to work magic on the CT side.

He is the glue that holds the Natus Vincere side together and is integral in everything they do; however, for me, he doesn’t compare to the other two nominations. 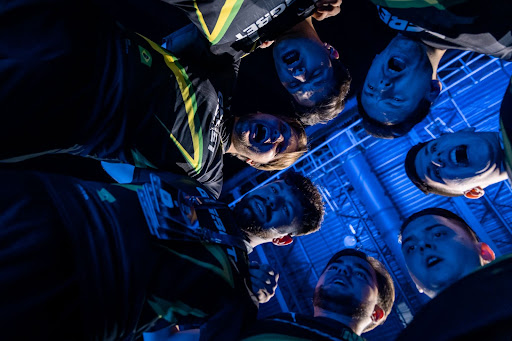 For me, Keith “NAF⁠” Markovic was the best anchor player this year. He was pivotal to Liquid all year round and shines in positions like Mirage B-site, where he was left alone and needs to do a job.

The Canadian averaged a 1.13 rating over the year and fulfilled his role for Liquid perfectly. Given more time with Mareks “YEKINDAR” Gaļinskis in 2023, this Liquid side will be looking for silverware.

Coach of the Year - RobbaN

It is hard to quantify what a coach in Esports does, making this award so hard to dish out. What Eetu “sAw” Saha managed to accomplish with ENCE alongside Marco “Snappi” Pfeiffer in the early stages of the year was monumental, managing to make two finals at ESL Pro League Season 15 and IEM Dallas, the latter with a stand-in, and making the Semi-finals at the Major in Antwerp.

The departure of Lotan “Spinx” Giladi to Vitality saw ENCE’s year worsen, but if they return to the top, Eetu “sAw” Saha may be in contention for the award come January 2024.
Andrey “B1ad3” Gorodenskiy and Robert “RobbaN” Dahlström and their teams have been fighting for the number-one spot for two years, and 2022 was the year of FaZe.

FaZe won more events, a Major, and was the better team throughout, and Robert “RobbaN” Dahlström certainly played a huge part in that. Natus Vincere did not have as illustrious a year as they did in 2021, but FaZe pushed on, won that Major that Finn “karrigan” Andersen wanted so desperately, and are in pole position to be the next winners of the Intel Grand Slam. Robert “RobbaN” Dahlström was undoubtedly the “Coach of the Year” in 2022. 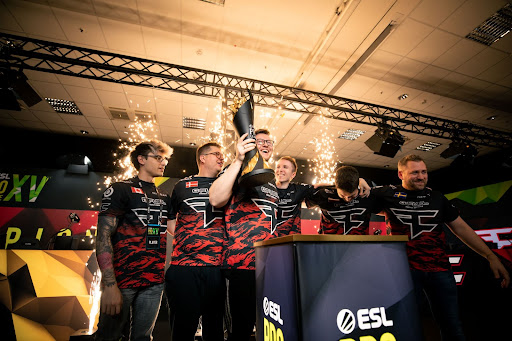 Best Five of the Year -

From these awards I have given out, I will create an all-star team out of the best players in their specific roles in 2022. This is made assuming language barriers are not present, just on their proficiency to perform a certain role.

The roster I would choose is -

I also included Robert “RobbaN” Dahlström as the coach, but this is not included in the HLTV Award ceremony.