Couldn't watch the Six Major Jönköping? Don't worry, we've made a tournament summary for you.

BDS running to the title 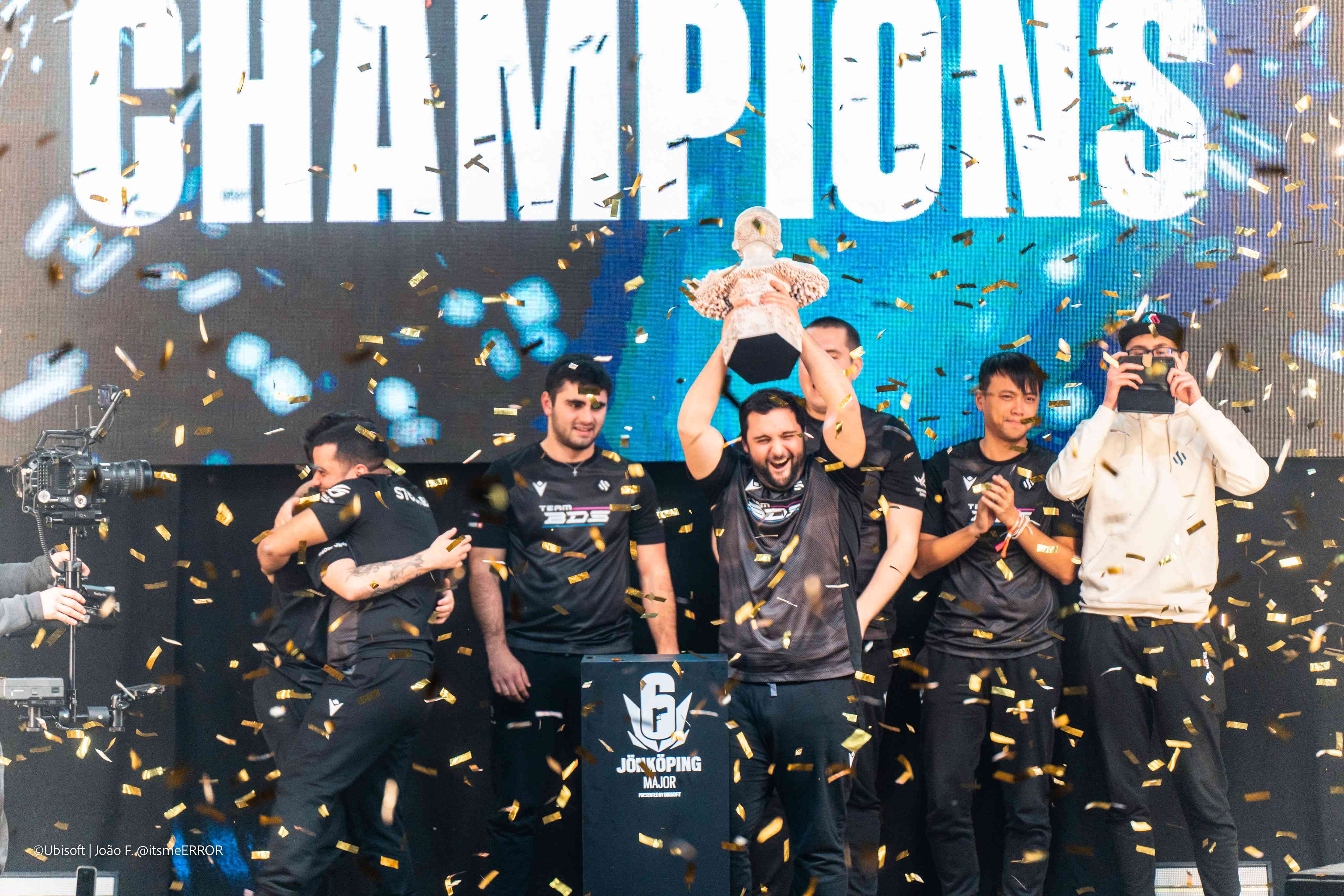 In a group with Spacestation, W7M, and Fury. BDS knew they couldn't afford to lose points with Fury, and they needed to win the important games with SSG and W7M. A loss would mean, at least the OT.

Their first game was against SSG on Kafe, ending in 7-5 for BDS, a great start to the competition with 3 clean points. Their second game of the day was against Fury, and in this group, this game was very, very important. Again wins, again Kafe was the map pick.

But the second day was too hard for BDS; with two losses, against W7M on Skyscraper (5-7) and then against SSG on Chalet (4-7). With the loss against Spacestation, they needed to twist for Fury and W7M, and win both games.

They scored a great win against Fury (7-3) on Oregon and then a loss on their favorite map, Clubhouse, against W7M (5-7). But the tiebreaker was Round Difference, so BDS advanced to Playoffs. For 2 rounds, the World Champions didn't stay in Group Stage with Spacestation.

In the playoffs draw, BDS got Wolves, another EU Team. A pick of Oregon for Wolves, and Kafe for BDS. Decider match? Well, BDS didn't need, a perfect win, they took the games 7-4 and 7-5 respectively.

In the semifinals, they fought a hard game against Soniqs, with Border for the map pick. It ended in a win for SQ (5-7). Drama for BDS? No, because the next map picked by their opponent was Clubhouse; a favorite map of theirs. The match ended 7-1 for the French team. Now, for the last map: Bank. Another good win for BDS, now 7-3, they advanced to the Grand Final, against Team Liquid, who eliminated W7M.

The team started with a 7-1 in the map pick by Team Liquid but suffered the turn in maps Bank and Oregon, but Bryan “Elemzje” Tebessi and Théo “LikEfac” Mariano played very well and took to the last map, where Shaiiko again had a great performance, and together with the team, finished the last map and conquered your first tier-s event on R6 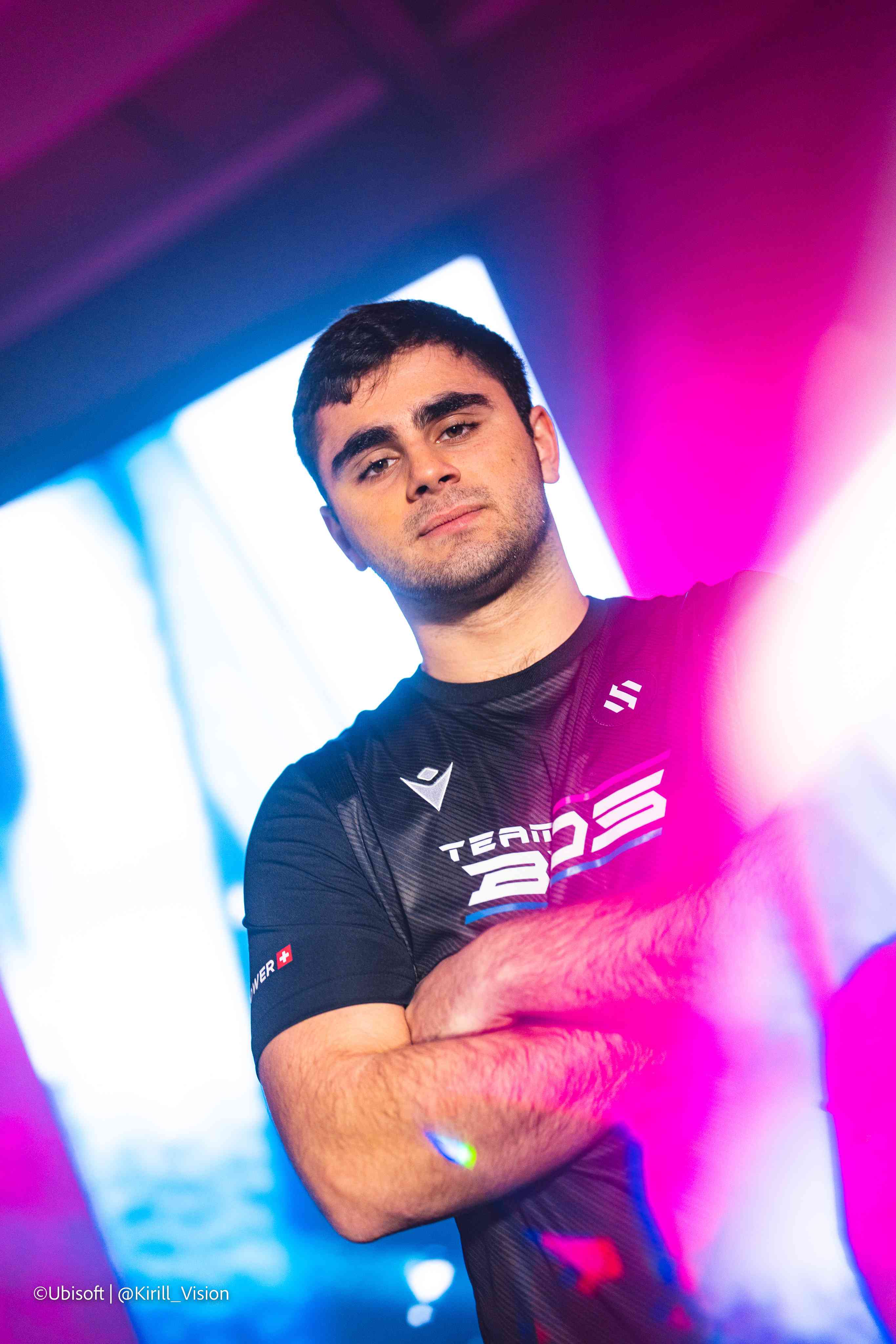 A Major Champion at his first participation, He couldn't be left out of this list. Not only was he the champion, but he also played a very important role in the team's journey. LikEfac had 5 clutches in the championship (3rd among all players in the competition), 44% of the opening kills were won and a kill per round of 0.78 (18th in the tournament), besides being the IGL of the team. He deserves a lot of praise; he has a bright future in siege.

The duo's first competition was very good. In a very balanced group, they achieved good performances, and even in their elimination match, both players played very well. Sure to be big names for the future of Brazil.

The new hope of APAC did poorly in the competition, not even close to what he played in the regional championships. But on the 2nd and 3rd days Reeps had great performances, even helping his team to beat FaZe Clan.

Even in a very difficult group with TSM and Team Liquid, Jume had the best kill per round of the entire competition (1.17) being one of the big names of the team in the competition. He didn't last long in this event, but in the future there's no doubt he can do even better. 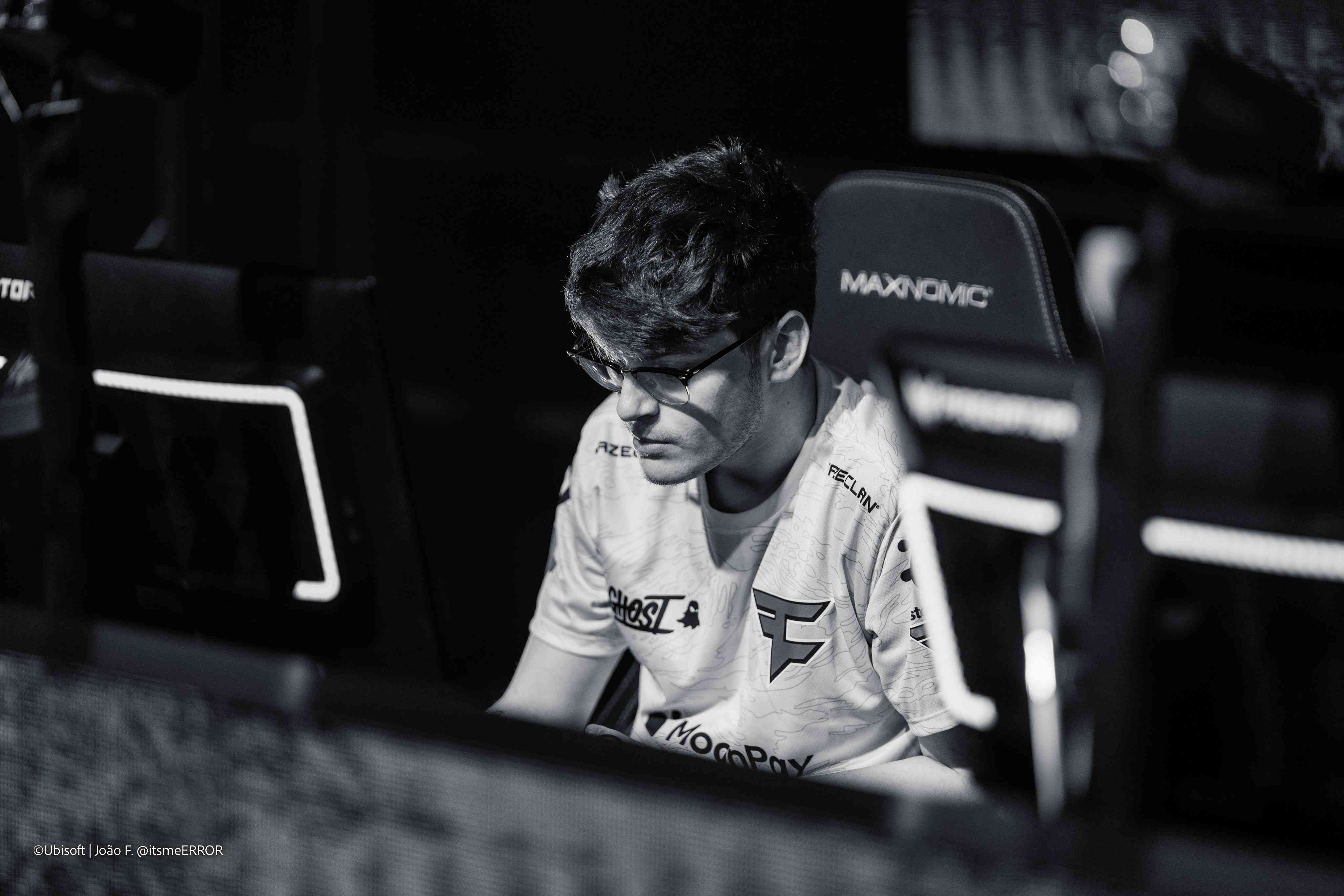 The current runner-up of the Six Major Berlin reached the top 3 in Latam, placing them in a complicated group with Dire Wolves and Wolves Esports. Still, the history of the team made us think that they would perform better and maybe even snatch the first place in their group. But that wasn't what happened. They ranked second and faced Liquid, in a game FaZe probably will want to forget. A performance well below expectations.

The team started winning both games against Soniqs and Cyclops (in Overtime). But the last two days of the tournament saw their performance drop a lot. They lost all clean games, getting only 5 points and in last place. We admit, we expected more from MNM.

We know it was a very difficult group with Heroic, Team Liquid, and TSM, but we didn't expect the experienced Sandbox team to finish the groups without scoring. Suffering two 7-1 and one 7-2 and also not managing to take a game to overtime. 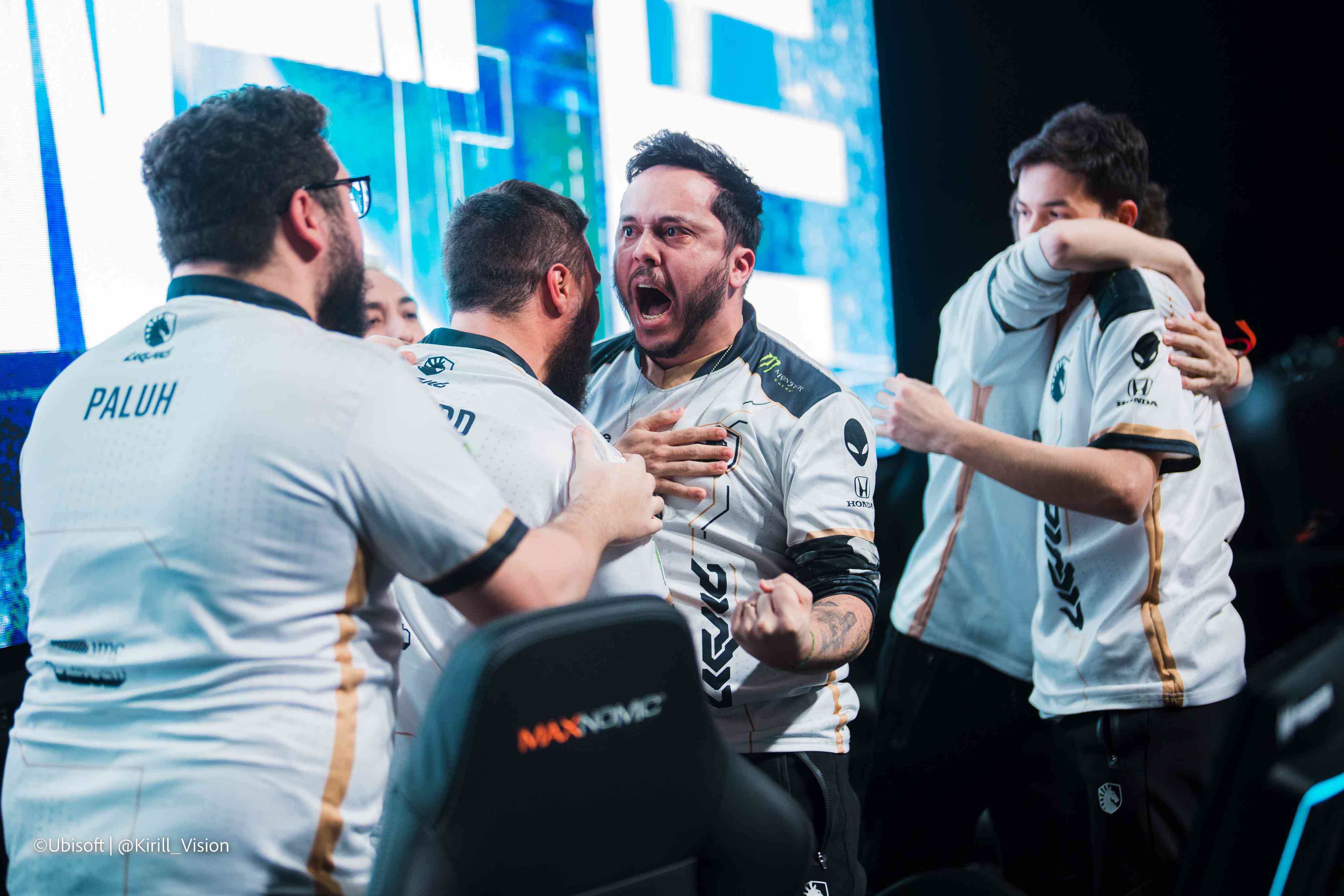 The W7M player had an incredible performance, especially in the playoffs, even in the elimination against Team Liquid, Herdsz had a very good performance, even if it wasn't enough. Despite that, it should be remembered how much the player grew in the final stretch of this tournament.

The Soniqs star shines again, one of the highlights of the NA region. Gryxr had a great performance again, making important plays for the team, especially in the playoffs against TSM and BDS.

One of the best players in Siege history, and again delivered a great performance at a Major championship. Leader in team numbers from start to finish, he ended up not standing out so much in the Grand Final, but that doesn't diminish any of the skill shown throughout the rest of the tournament.

The MVP of the Major, a highlight of the Grand Final as well, with an incredible aim and plenty of game sense. Even considering the final alone, with 53 rounds, the player had 55 kills, with +6 in opening kills (10/4) and a kill per death of 1.67. And remember, it was a Major final. Acting with the kind of precision and play that makes a player legendary within the history of R6.

A legend of the game and retrospectively, the Majors this year were positive for him. In Charlotte he won Canadian (DarkZero), in Berlin he won Kantoraketti (Rogue). Nesk had an incredible performance from beginning to end in this competition made of everything needed to be a 3rd Major winner this year, but BDS were out to make sure it wasn't possible.

An almost perfect performance on the group stage, showing his individual talent in a very difficult group. But in the playoffs, and especially against Team Liquid, Kheyze wasn't so successful in his attempts and his performance was below expectations. But that doesn't erase the greatness of his earlier results.

Good record in the championship 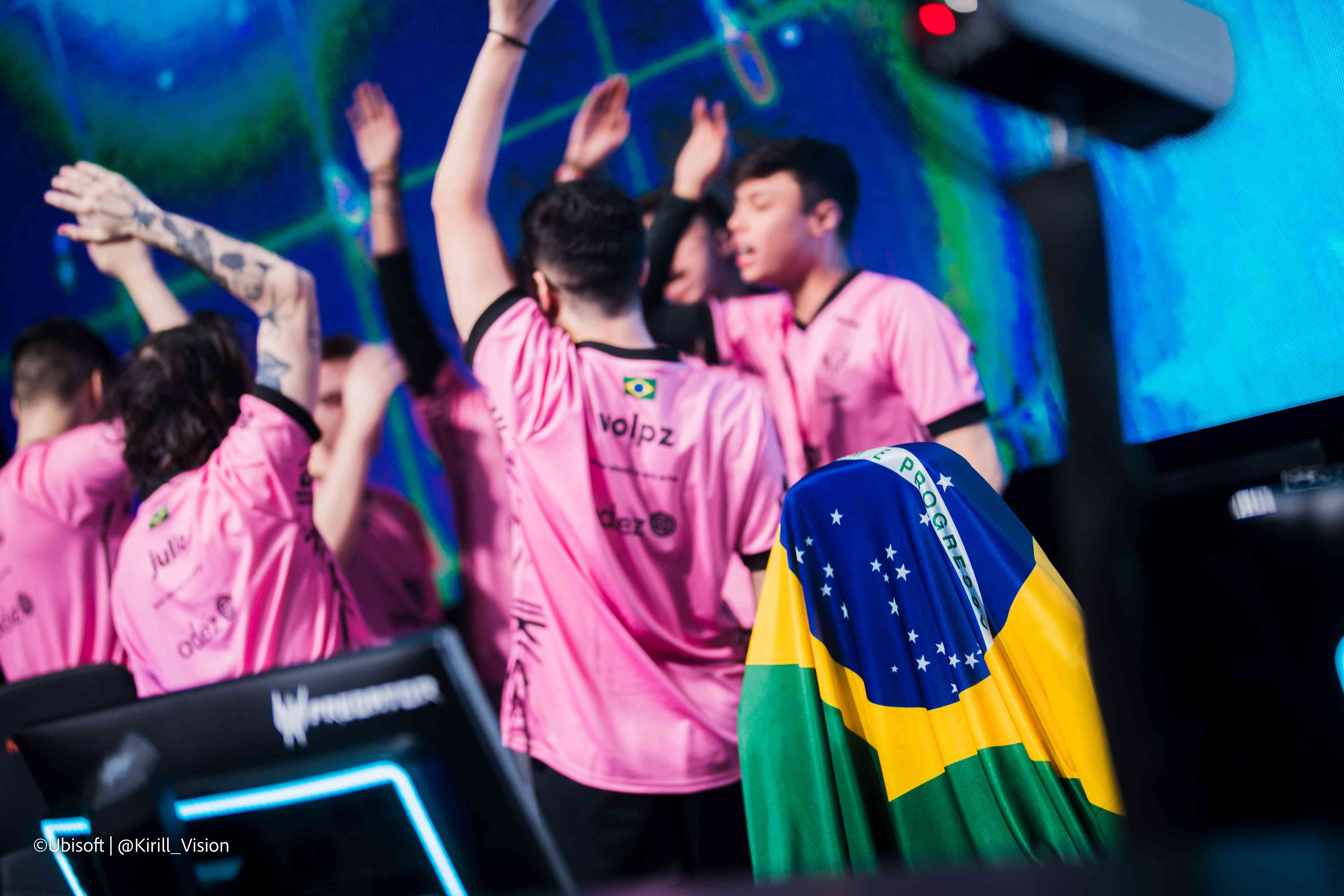 "Death Group? Not for me". First place in Group C, against BDS, SSG, and Fury, with 6 clean wins. They advanced to the playoffs with a winning streak of 17 games and a clean win against Black Dragons in quarterfinals. Their first loss came with another map and the defeat of the match. But all in all, a great effort from W7M on the stage at Jönköping.

This time with a team of young players; where only Ronaldo "ion" Osawa had played a Six Major before (for Faze Clan at Raleigh), Black Dragons qualified to playoffs, but against the favorite for the title — W7M. An excellent campaign.

The arrival of the new IGL, Lorenzo “Lagonis” Volpi, helped Team Liquid significantly improve very quickly, and to reach the Grand Final. Within the competition, the team won 11 maps and lost only 5. Coming close to their first Six Major title

The team had a year full of ups and downs, in the Six Invitational they achieved a good placement, but they didn't even qualify for the Charlotte Major. In Berlin, they did but weren't able to make it to the playoffs. This time, the team arrived modified, playing more games than the last few times. They had a great match against BDS, only making the "mistake" of believing in the Clubhouse pixk against an opponent that's strong on the map. But it was a great campaign for Soniqs all round.

Be sure to keep your eye on us here at BLIX.GG for more R6 news!