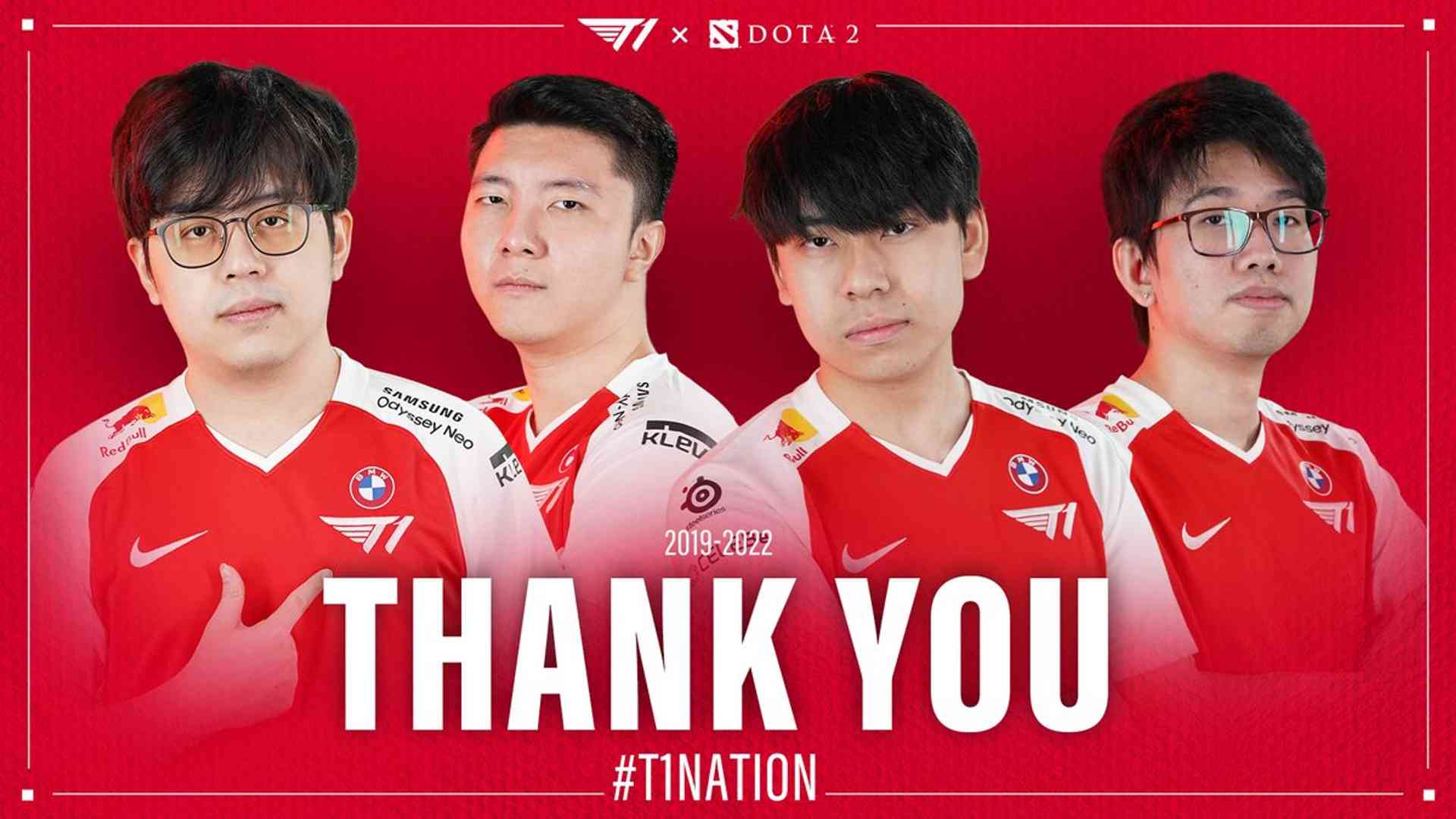 "Today, we decided to disband our #DOTA2 roster. We thank ‘Topson’, ‘ana’, ‘Kuku’, ‘Xepher’ and ‘Whitemon’ for their time with us. We wish them the best of luck for the future," noted the T1 statement.

Kenny "Xepher" Deo, the ocaptain of the squad, announced he was leaving the team at the end of October, while T1 said goodbye to the Head coach Park "March" Tae-won. At the same time, Carlo "Kuku" Palad also talked about leaving, although he allowed the possibility of staying with T1 if they made him an offer.

Earlier in November, there was a rumor that the Singaporean organization Bleed eSports will buy the T1's slot at the DPC SEA Division I.