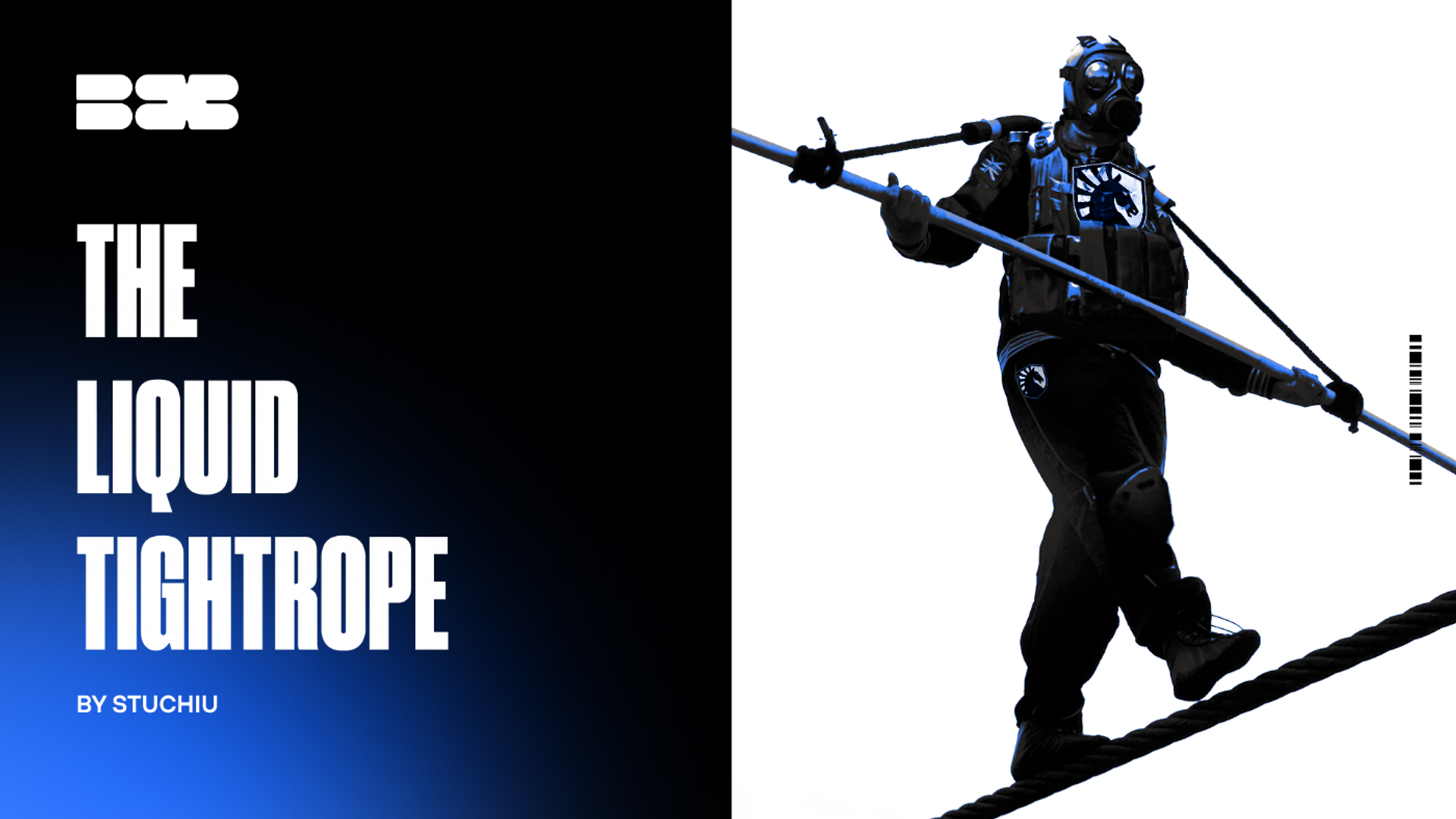 Team Liquid has solidified their position as North America's best CS:GO team. There is no other team that comes close to their level of results and consistency. They are the NA team par excellence. To do so, Liquid has had to balance the firepower of the team and team cohesion. For the last five years, Liquid has been treading this line, sometimes at a pace, sometimes at a sprint, and sometimes holding on by a finger, but never falling completely into the abyss. This is the Liquid tight rope.

The Curse of NA

“I think it will always be America’s curse to rely so heavily on raw individual skill rather than combining that with other aspects of the game that are as important such as teamplay and strats.” - Griffin “shaGuar” Benger from Reflections with Duncan “Thorin” Shields.

These were prophetic words uttered by shaGuar in a Reflections interview with Thorin. It perfectly describes the dilemna of being a NA team. NA players have always had the skill and talent to compete with any other region in the world. However what holds them back is their lack of cohesion, team unity, and strategy.

Teams can still win with incredible firepower and a lack of unity or cohesion, but it becomes inconsistent, volatile, and short-lived. A great team needs the players to agree upon a singular vision on how to play the game. The curse of NA is that they usually have an abundance of firepower, but it is a difficult task to get five NA players to agree on a system for a prolonged period of time. This is the curse of NA. The players with firepower find it hard to subdue their ego for the greater whole (and those that do may sometimes lose the very edge that made them great), conversely those that can sacrifice for the greater whole may not have the firepower needed to compete at the highest levels.

The Curse in Action, the context of Liquid's Success

The best way to see the curse in action is to look at their NA rivals throughout the years. For the purposes of this article, NA team is loosely defined as a majority of the player line-up being NA players with some international players mixed in.

Liquid's historical rivals include: Cloud9, Optic, and EG/NRG. Among those orgs, Cloud9 is the closest. Cloud9 had the summer of 2015. The squad's firepower wasn't comparable to any of the other line-ups on the list, but tactically, they are the best relative to their time period. The 2016/2017 lineups had some firepower issues, but a strong duo with Timothy “autimatic” Ta and Jake “Stewie2K” Yip. The only fully loaded lineup was the roster winning line-up Tarik “tarik” Celik, William “RUSH” Wierzba, and Tyler “Skadoodle” Latham. Even then, Skadoodle was far from his star days. Once that roster died, Cloud9 failed to create any kind of cohesive roster or identity until recently with the acquisition of Gambit's line-up. 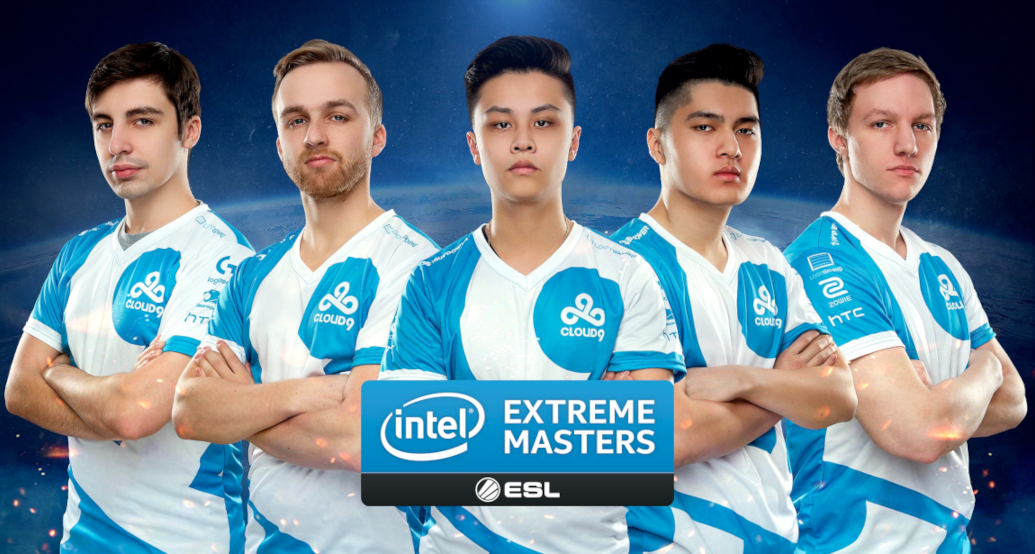 The next team to look at is OpTic. OpTic had a brief spike in 2016, but failed to capitalize on their talent after the line-up blew up in 2017. the NRG/EG core are Liquid's most recent rivals from the NA region. EG had comparable firepower and could beat Astralis. However, that squad’s peak was short-lived. It had a great finals few months in 2019, slumped, and had a revival in mid-2020 under the leadership Wilton “zews” Prado before completely falling off.

This is a quick summary of their various results. Each is a unique circumstance that changes depending on the scene, meta, and level. In broad strokes though, the teams with the highest firepower were the most short-lived. The final Cloud9 roster was easily the strongest they had, but it only lasted for a few months at the top. The OpTic roster lased for a month. The NRG/EG roster with Peter “stanislaw” Jarguz lasted three months during in 2020 and had a brief revival during the online period.

On the other hand, the tactical and underpowered Cloud9 rosters lasted for significantly longer periods of time. The NRG/EG roster with Damian “daps” Steele was consistently getting top placings at LANs for about a year (though they did a player change during this period).

That is the NA curse in effect. The NA squads that had more firepower had higher peaks. Those that had more cohesion often lasted longer, but didn't have the extra kick to become Major winners or potential world contenders. And then there is Liquid.

A History of Team Liquid

Liquid's fundamental philosophy towards team building stems from Spencer “Hiko” Martin's philosophy on the game. During that time period, Hiko and Liquid wanted to get the best players possible to be the best in the world. This resulted with Liquid getting Oleksandr "s1mple" Kostyliev when he was persona non-grata in the CIS scene.

Hiko is long gone now, but the courtship and recruitment of s1mple embodies Liquid's GMing philosophy to this day. Liquid are always on the lookout to get the best players possible, whether they were established veterans, star players or had shown strong potential in their respective teams. 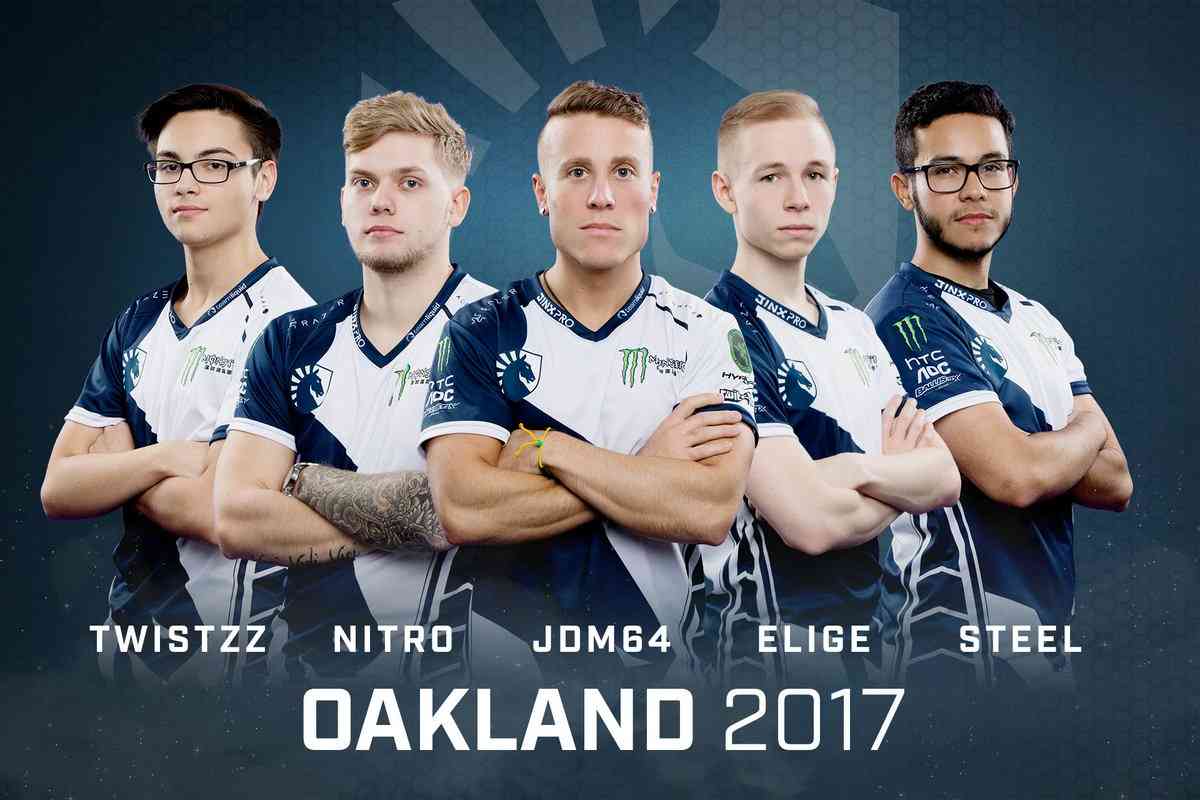 The results were inconsistent and spotty in 2017 early on when stanislaw was in-game leading. Things started to gel better after a role change in mid-2017 with Nicholas “nitr0” Cannella taking the in-game leadership role. He worked better with zews, who coached Liquid from the end of 2016 to the end of 2018.

2018 and 2019 are the two strongest Liquid line-ups. The Liquid of 2018 was the 2nd best team in the world behind the Astralis GOAT line-up in it's prime. The 2019 iteration swapped out TACO and zews for Stewie2k and Eric “adreN” Hoag as coach. That iteration speed-ran the Grand Slam. After the player break, they were no longer a dominant force, but were still a strong team.

Things got worse during the online period as Liquid continued to try to get better firepower into the line-up with bad results. On paper, every iteration during this time had the firepower to succeed, but it lacked the unity and cohesion necessary to make it work. Stewie2k and FalleN's leadership failed to get the team to unite.

It is only now in recent LANs that we see Liquid starting to climb up the ladder again with the return of Nitr0, the introduction of daps as a coach, and Mareks “YEKINDAR” Gajinskis as a stand-in.

For most of the years, Liquid has had similar problems to other NA squads when it comes to making world contenders. From 2016-2017 and 2020 to now, Liquid has always had the firepower to be a consistent contender or play-off team. The reality is much more varied and largely comes from external factors creating a focal point to unite the team.

During the s1mple period, the Major itself was what united the team to work as one. For one massive tournament, they got over their issues and were able to make miracle Cinderella runs deep into the Major playoffs. However once the Major ended, so did the team unity.

The exception to that rule is the 2018 and 2019 line-ups. The 2018 line-up was: TACO, nitr0, Jonathan “EliGE” Jablonowski, Twistzz, NAF, and zews as coach. This was the squad that broke the NA curse. It was the perfect combination of firepower, cohesion, and strategy. The firepower was still the most important aspect of the team, but their cohesion, strategy, and structure created a system where they could consistently replicate their performances across the entire area against a wide array of teams. 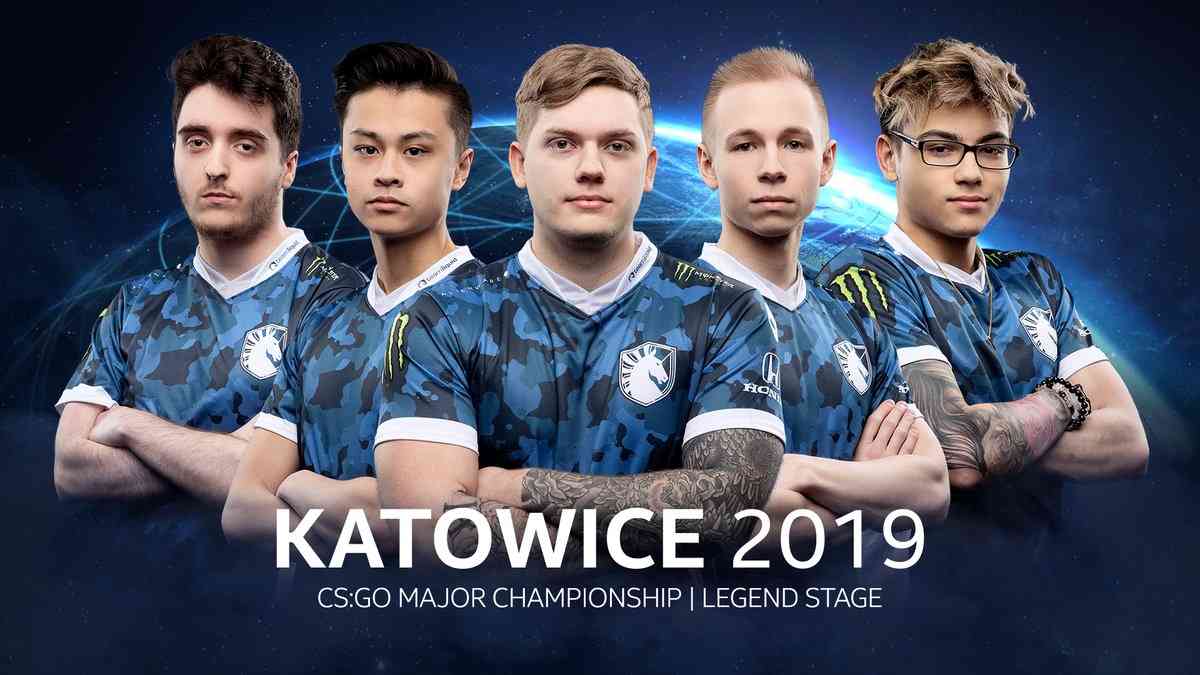 At the time, the 2019 iteration looked like it could be like 2018, except even moreso with Stewie2k bringing in more firepower than TACO. That particular squad had better results, but was far more reliant on their firepower relative to the 2018 line-up. It's hard to say what exactly happened. Perhaps the base of cohesion and structure slowly deteriorated after zews and TACO left the squad. We've seen similar examples before such as when Dennis “dennis” Edman replaced Markus “pronax” Wallsten in Fnatic late 2015-2016 and Fnatic won 6 tournaments in a row before falling off. Whatever the case, the Liquid's team unity started to collapse after the player break and Liquid 2019 was never the same again.

While 2019 was excellent, its success was premised on the creation of the 2018 line-up. The 2018 line-up is the most important line-up to examine to understand how Liquid can create success in future line-ups. That was the line-up best balanced firepower, teamplay, and tactics. That is the line-up that broke the NA curse. So how did they do it?

So how did the 2018 lineup succeed? In terms of firepower, it had three primary superstars: EliGE, NAF, and Twistzz. The core element was EliGE. Both NAF and Twistzz have just as much or even more potential than EliGE when it comes to peak performances, but what separates EliGE from every other NA superstar is his consistency. His below average games are still consistently good and this creates a very stable foundation for results. So long as there is enough firepower on the rest of the team, Liquid should have enough skill to compete with any team in the world. 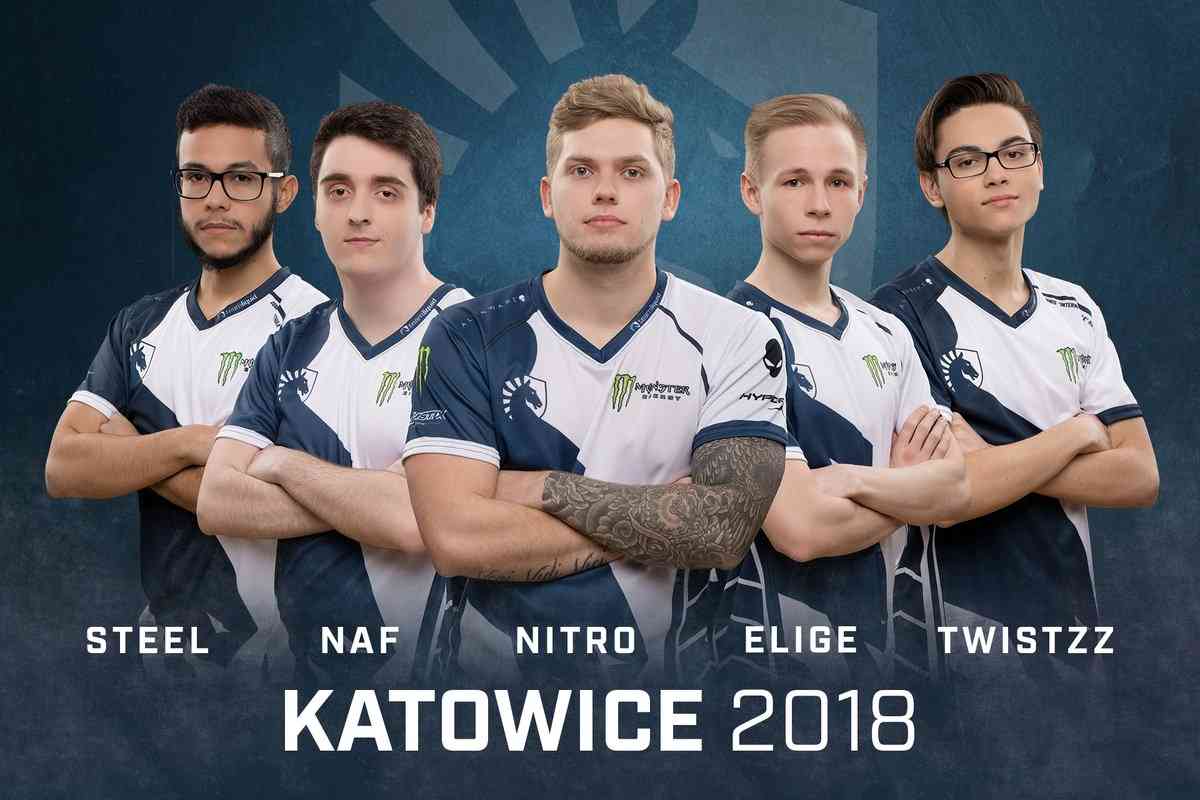 As for personalities, nitr0 and TACO were natural mediators. nitr0's connection with each of the players made it easier to get everyone on the same page. Once nitr0 retired, Twistzz was eventually alienated as none of the other players within the team could connect him to the larger group. TACO is renowned as an excellent team-mate and all of his teammates only have high praise for his contributions to the team.

Finally, it is tactics. It's hard to say where tactics originate from, but I have to give the zews-nitr0 partnership the bulk of the credit as they are the coach and leader. Between the two of them, I think zews was likely more influential given he had more influence in roster decisions and has had better results outside of his partnership with nitr0 as he coached the LG/SK line-ups and the EG roster in 2020 to great success. As for nitr0, he's done fairly well without zews, but hasn't reached equal heights.

This is the combination of factors that let this team walk the tightrope for an year and it could have potentially gone longer if TACO and zews had stayed.

Now we come to the present. Liquid has slowly come back into prominence. Daps is now the coach, nitr0 has returned as the leader, and YEKINDAR has added firepower and his knowledge of the European meta into the team. The current firepower on Liquid is excellent. EliGE and NAF are still great riflers. Joshua “oSee” Ohm is a good AWPer with potential to be more, and YEKINDAR is one of the best aggressive players in the world.

The current Liquid has the requisite firepower they need. As for the tactics? They look like they are where they need to be. The combination of nitr0, daps, and YEKINDAR seems to be enough to let Liquid use their firepower effectively against European competition.

The final and most important test is team cohesion. It comes down to whether nitr0, daps, and the others on the team can work as one like the 2018 roster did. If they can, then Liquid have the chance to walk on the tightrope again and once more challenge the world.