The Story in Every League of Legends Worlds Music Video Explained

Since 2014, Riot has been releasing Worlds songs and music videos to be the official Anthems of the World Championships of that year. It has become a tradition for fans to await the yearly music video which comes out in the final quarter of the year. Riot has been known for its creativity, and ability to tell stories through its promotional content. With already having successes loved by the community such as “Warriors” and “Rise”, the League of Legends fanbase is always anticipating that next big hit to become an instant classic.

This article will explain the story and lore of every Worlds music video to date if it has one.

“Warriors” was the very first Worlds song and official music video released. It came out in 2014 with a very positive reception by the community.

The music video does not feature any specific professional player. Instead, it tells the story of players on their journey from playing in their homes, to internet cafes, all on their journey to make it to the big stage. The music video follows one main protagonist, as, in line with the song’s lyrics, while others may be “playing” and having fun, our protagonist works hard grinding League of Legends on a path towards playing at Worlds. The video concludes with our main character having reaped the seeds of his labor, as he stands before a crowd of thousands, now in contention to raise the ever-coveted Summoner’s Cup.

The music video was just a looping render of the Eiffel Tower being orbited by rocks and rock fragments. This was because Worlds 2015 took place in Paris. Worlds Collide still remains the least viewed Worlds Music video. This may be in part to its lack of an actual music video.

The music video has no central story. Instead, it features several easter eggs and moments from actual matches from previous World Championships.

The story follows three Champions: Ashe, Garen, and Lee Sin. We can assume that we follow the three before they enter the Summoner’s Rift. In other words, before they canonically became the playable characters in the actual game. Ashe and Garen are both iconic as being the “intro” or “beginner” Champions that players easily recognize and may feel nostalgic about. While Lee Sin is more iconic as a consistent presence in pro play at the time.

The music video concludes with the three facing a challenge and assumably overcoming it. Maybe as a symbol of legends in their process to become legends. This is also the only animated music video that does not feature players whether based on a real person or not on their road to the World Championship.

The video's description on youtube perfectly describes the theme of the song and video: “The pursuit of mastery is an endless journey, but those who persevere etch their names in history.”

The story of how Kang "Ambition" Chan-yong rose against his competition in 2017, and finally finished by overcoming the very top, SKT T1’s Faker. The music video, this time, has one main protagonist and one linear story. This music video also features several In-game and real-life easter eggs and references.

The video begins with Ambition picking up Sejuani's flail and Jarvan's standard, which is each’s weapons. He then begins his climb or, “rise”. Ambition’s first encounter is G2 Perkz as Yasuo. This is his first challenge and proper fight in the music video. This encounter is based on the group stage series between Samsung Galaxy (SSG) and G2 during Worlds 2017. Though Perkz did not play Yasuo during the series, it was at the time his most iconic champion. Ambition eventually overcomes Perkz and continues his climb.

Next, he meets RNG’s Uzi as Vayne. In a faceoff with one of League’s most well-known faces of 2017, Ambition transforms into Sejuani in the music video. The two are part of a very well-animated fight scene until Ambition eventually wins and moves on. This fight is not referencing any specific matchup in the group stage of Worlds 2017 as Uzi played Tristana the two times they faced off against SSG.

Ambition continues on until he reaches a plateau with statues representing past World Champions. 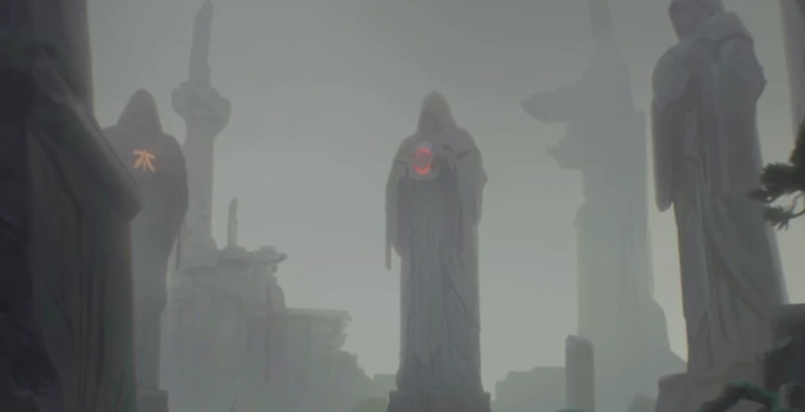 In this area, Ambition meets his final challenge. The scene cuts to Faker as Ryze, walking under the statue while reading a rune book. The most iconic part of the music video then precedes the final showdown between Ambition and Faker, which represents SSG taking down the reigning World Champions SKT T1 led by none other than Faker.

The music video ends as Ambition celebrates his victory, after successfully completing his climb and besting Faker. Several others are then shown climbing towards where Ambition is, at the top, signaling a new World Championship, with new people on their path to becoming World Champions.

Here is the video’s witty description on YouTube: “Reaching the peak takes more than skill. Only those with the ambition to RISE above all others will know its height.”

This music video was the first to feature real-life footage integrated into the animations, in semi-animated scenes. It features three professional players, namely Faker, Caps, and Rookie who all play in the Mid Lane. Caps and Rookie were finalists of Worlds 2018, spearheading G2 and IG. Faker on the other hand failed to qualify for the event, marking the first time SKT T1 failed to qualify for Worlds since 2014.

The title of the song and its lyrics go hand in hand with the imagery and story that is shown in the music video as well. To understand the music video the best, you should understand the meaning of the song, which is most likely about rising from the ashes and using one’s defeats to win. The “Phoenix” is associated with the immortal beings in Greek mythology called “Phoenix”’s, who, on their deathbed, become ashes for a new Phoenix to rise from the ashes and continue the cycle of immortality. Essentially being “born again”.

Apart from the three professional players, three in-game Champions are also featured in the video: Karma, Irelia, and Lissandra. Champions are represented by Rookie, Caps, and Faker respectively. And unlike the previous year’s video, this animation does not follow a linear storyline but instead has several scenes to convey its points.

In the scenes, each player has a shadow that opposites them, like a reflection they have to constantly fight. In between these scenes are the Champions these players are known for, also facing shadows of themselves. 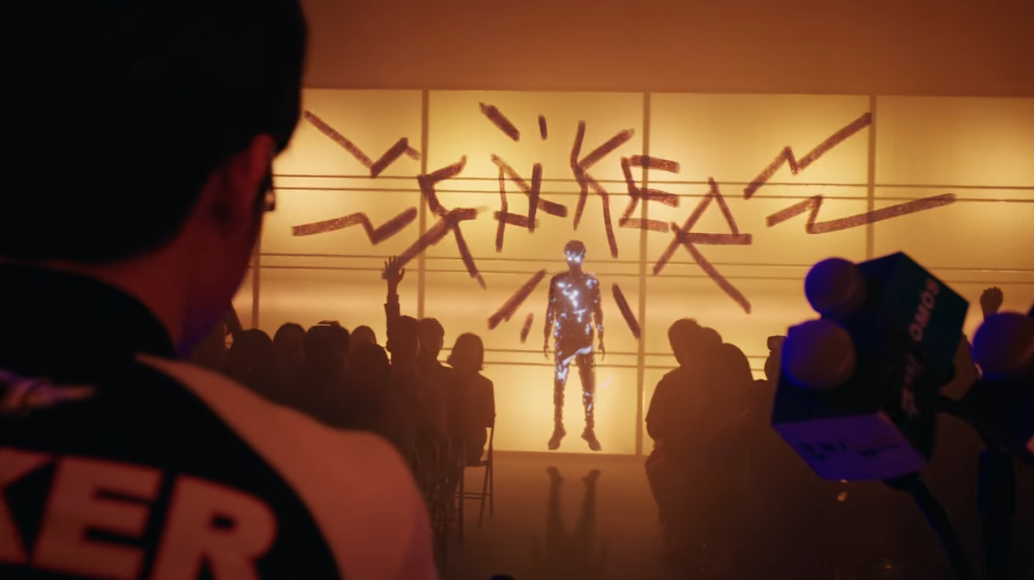 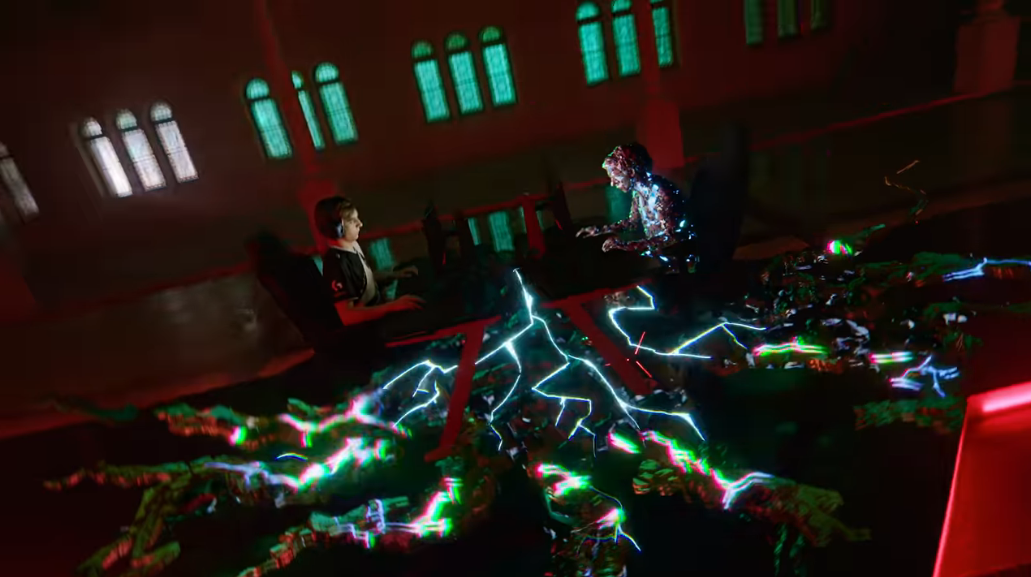 The music video then tells the story of how these three overcome their challenges and scrutiny of being considered the three best Midlanders at the time. These main challenges seem to be:

Rookie's Lissandra during Worlds 2015. Where IG finished last in their groups, considered one of the "easiest" groups back then. He got a lot of hate after.

Caps' Irelia during 2018 Worlds when FNC lost to IG. He played horribly on one of his best Champions Irelia, and couldn’t carry his team to a win in either of the next 2 games of the finals, as FNC got completely destroyed. Caps had been very confident in the tournament and even flexed on various Midlanders before the final, so it was a huge defeat for him.

Faker's Karma during the 2017 Worlds when SKT lost to SSG. In an ardent sensor meta, he picked Karma to fully support Bang. Eventually being 0-2 but 4 drakes ahead in game 3, there was still hope for SKT. However, in the last fight, Faker’s misposition got caught by Ruler's Varus Flash+R and lost his team the game, the main reason for his crying at the end of the match. Now back in the spotlight, there's only one enemy to him - the one watching behind the media crowd: himself. 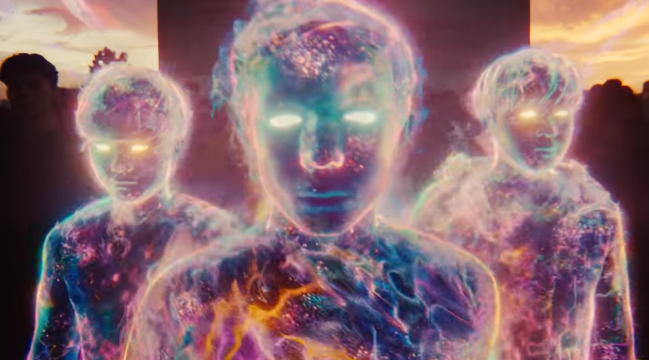 By the end of the video, all three conquer their inner demons, the shadow version of themselves, and are reborn. The video ends as the three, walk with other players toward the new challenge in the Accor Arena, the 2019 World Championship.

The music video starts with 1 random cyclist who bumps into Faker, who starts training him. Throughout the training process, the protagonist goes against 7 previous world champions, who are the characters they are most well known for. 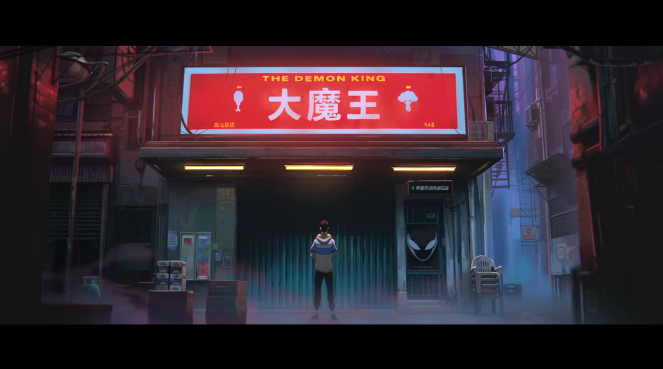 The protagonist first encounters 2011 World Champion, FNC xPeke as Kassadin. The main character fails a few times but tries again and again with the help of Faker until he finally beats him. After beating xPeke, he gains his weapon and powers, then moves on to the next challenge. Where he meets 2014 World Champion SSW Mata as Thresh. 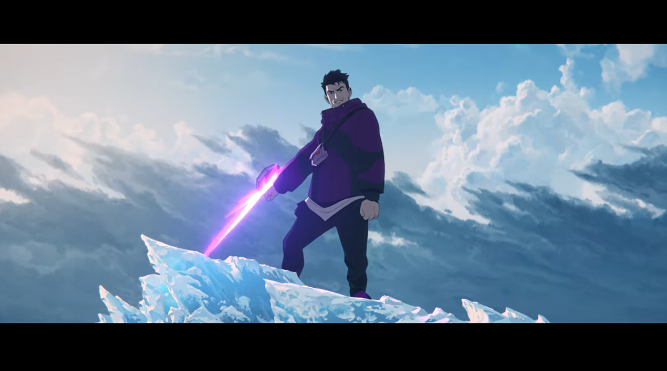 Like, in his fight against xPeke, our protagonist is shown losing and running it back, having to face xPeke again before he eventually comes back to face Mata and beats him. Faker is then shown smiling after the protagonist beats Mata.

In the Livestream, the protagonist is seen running under 2017 World Champion SSG Crown as Galio. The next two players are shown very shortly, with our protagonist eventually carrying their weapons behind him, showing that he has beaten both 2012 World Champion TPA BeBe as Caitlyn, and 2013 World Champion SKT T1 bengi as Jarvan IV. 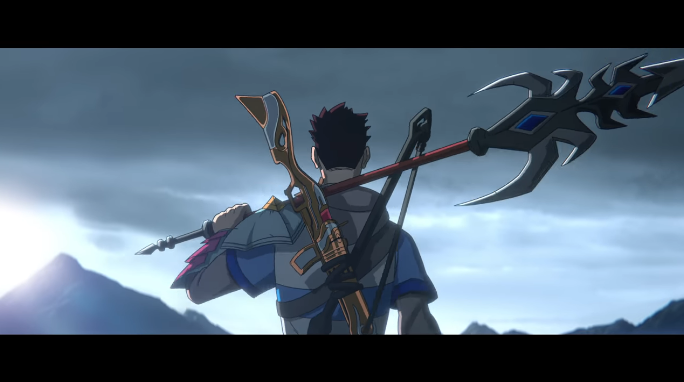 The protagonist carrying the weapons of the World Champions he has beaten.

The video ends with our protagonist on the World Stage, ready to fight for the Summoner’s Cup.

Again, this music video does not follow a linear storyline. The animation starts with several top players entering an underground fighting community. The main conflict is between the players DWG ShowMaker and HLE Chovy. There are not many storytelling scenes within the video that needs interpretation and are basically just the players getting training, fighting, and getting ready, in what many consider to be the best-animated Worlds Music Video Riot has released.

All the professional players featured in the video are:

The music video featured 4 pro players. Namely EDG Meiko, Gen.G Chovy, Team Liquid CoreJJ, and FNC Humanoid. The music video does not have any evident story and is mainly just players posing in front of different areas in San Francisco. By the end, however, the four players have a brawl in front of the chase center where the 2022 World Championship Finals will take place.

As the players begin to assemble, the city starts reflecting iconic locations from League of Legends lore. More notably, a signpost to the Shadow Isles. The four Champions of the four players — Azir, Thresh, Twisted Fate, and Rell — show up as giant mechs piloted by the Chovy, Meiko, Humanoid, and CoreJJ.

The animation concludes as the four mechas led by the players are about to start an epic fight as they tower over the Chase Center and San Francisco City.