Twistzz: Anubis is going to be great for the scene

BLIX.GG spoke with FaZe rifler Russel “Twistzz” Van Dulken after FaZe’s 2-0 victory over Heroic which advanced the European side to the Playoffs at BLAST Premier Fall Finals 2022, being played in the Royal Arena.

Hugo "TheSwedishJoker" Nilsson Meier, BLIX.GG: So, the Major in Rio did not really go your way, what do you think personally went wrong?

Russel “Twistzz” Van Dulken: I mean, honestly, it probably just wasn't our day, the first day. One-off day at the major is something that can hurt you really bad considering you have to play two best-of-ones in one day. And then the next day, I think, you know, maybe there was some pressure in certain areas of the game. But overall, I think Bad News Eagles played better individually that day and we weren't so on point. And that's kind of just how it went for us. 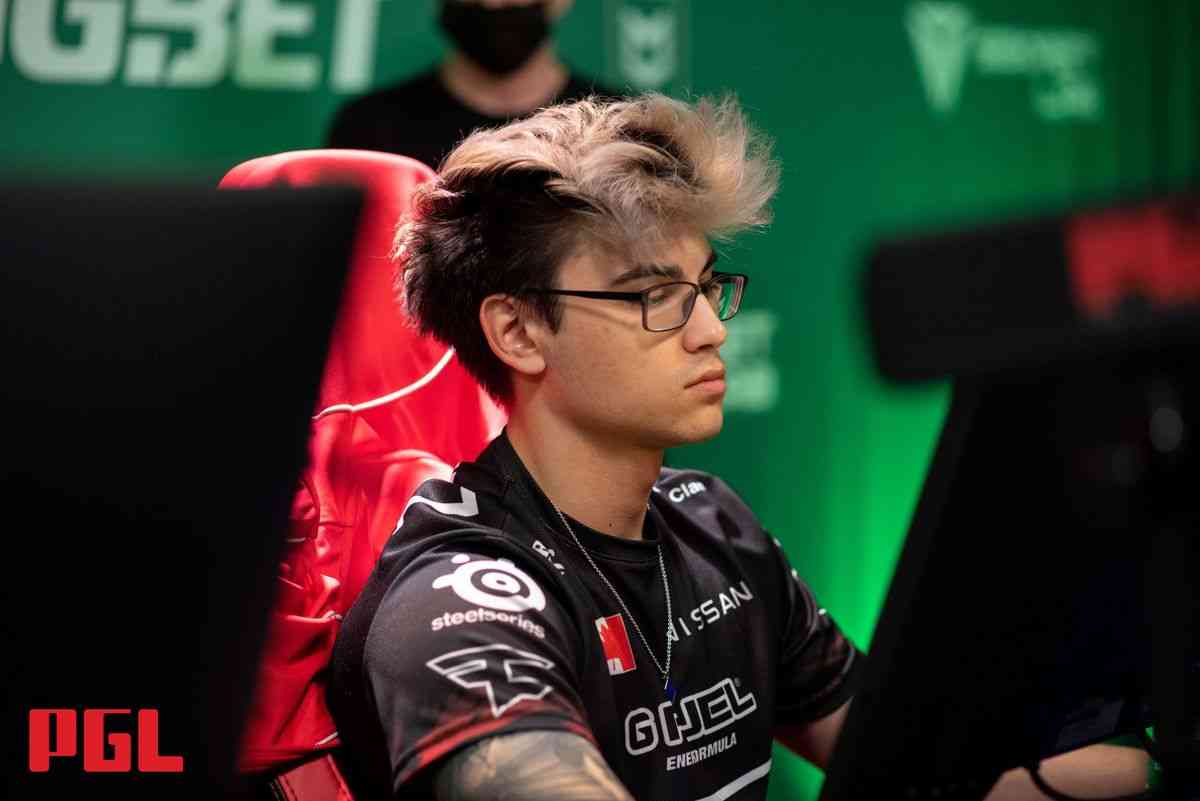 BLIX.GG: Your first two games were against the number two and number five ranked teams, Cloud9 and Vitality, while you were ranked the number one team in the world.
Do you think that there needs to be some sort of seeding changes to avoid this kind of scenario, where the best team in the world gets to face the, you know, two of the top five teams in the first two games?

Twistzz: Yeah, I mean, Natus Vincere also went through a similar situation. They played a lot of good teams at the beginning of the BO1 Stage. And yeah, I mean, I think the Buchholz system isn't good enough, simply for the fact that if one upset does happen to one of the really good teams, it throws the seeding into disarray, and it also impacts teams that that team now has to play.

And, yeah, it's for everything, you know, even if you like, say if we did beat Cloud9 but then they got upset again, that's also like, bad for us, right? Because like, now the team we beat is just like, not doing as good and I feel like that's a big flaw in the format.

Twistzz: I just think it's really hard to be the best when you're not constantly in the region to practice and play against the best. I think, you know, Liquid is already trying to be there as much as possible. But obviously, there are limitations when, you know, you're supposed to be living in North America, right? And you're not wanting to spend nine months of your life in Europe. But yeah, I think they're very limited when they go back home.

I think YEKINDAR has even said before in an interview that, you know, before BLAST groups, some people went back home or before Pro League, maybe, they went back home after BLAST groups. And, you know, the events weren't that far apart and, you know, it could be a risk to go back home and risk not having good practice. But yeah, I mean, I think it's gonna be really hard to create a full good North American team again, like contend for titles. 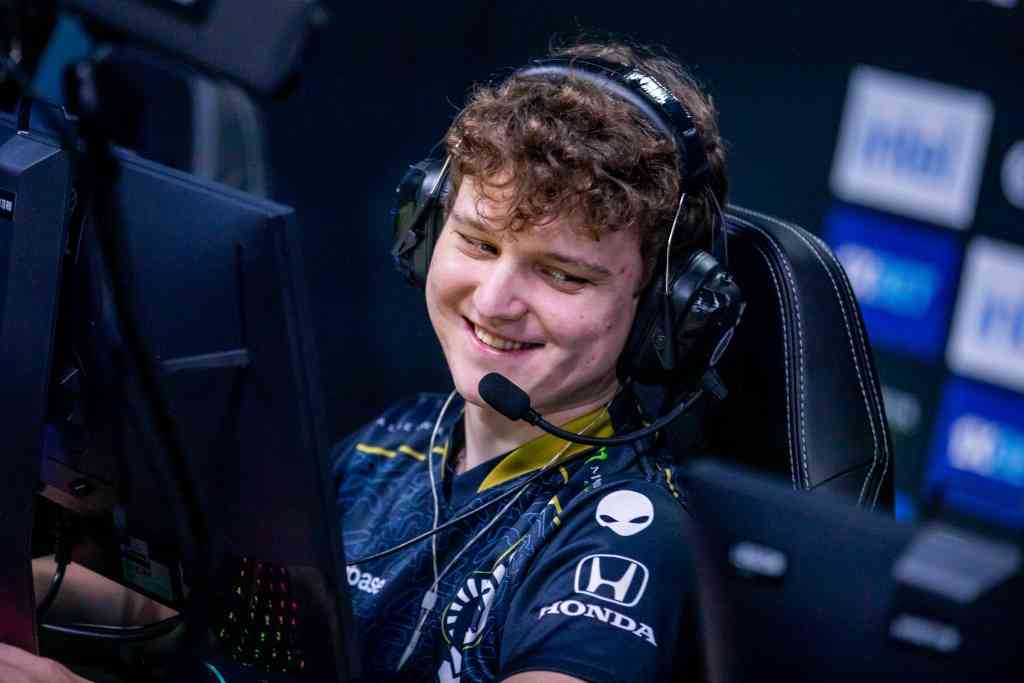 I think them picking up the YEKINDAR was a great step in the, in the, you know, the direction that they want to go in. But, yeah, I mean, I think there's many things that could be done within the region to try to find talents, maybe an organization, you know, pick some random players and put them in like the WePlay League, you know. Kind of put some investments into having these players train in Europe. And yeah, I'm sure the tournament organizers are trying their best to figure out what is the best way to revive the scene.

BLIX.GG: Back in the Summer, there was a Player Break announcement by the CSPPA, that they would change it. You were one of the pros that were vocal about it and against it.
Now coming into the end of the year and the season, do you still think that it was a bad change by the CSPPA? Should they have come to all the pros and said, we have this situation, what do you think about it?

Twistzz: Yeah, I do think it's bad. I mean, I think, unfortunately, we are one of the few teams that somehow missed out on this conversation, and being number one at the time, kind of disrespectful, to be honest, not to be included. Yeah, I mean, I think their change was like, they just thought the fastest change. They wanted to put like a bandaid over whatever solution or whatever situation they thought they had to fix, but I honestly thought nothing was wrong with how the Player Breaks were.

If anything, what should happen are the Majors get moved to be more in between like a major in June or July and then at a Major in December, then you don't have to change anything but the Player Breaks because you know, you play the Major and then Player Break and that's realistically how it should be.

Thoughts on the new update

BLIX.GG: Just two last questions about the new update; Anubis in and Dust2 out. Have you had any time to take a look at it yet?

Twistzz: Yeah, I've gone around Anubis a little bit, tested out the skybox, tested out some possible boosts, threw some flashes, tested like how textures are like if you throw nades off of them. I played one matchmaking game with broky and I honestly think the map is going to be great for the scene. I think it's a very slow-paced map. You get punished as a CT playing aggressive and you probably get punished as a T even playing aggressive. So, I think it's gonna be very tactical and, you know, I think CS is always great with tactical maps in it again.

BLIX.GG: Can you see your team playing it in the future?

Twistzz: Of course, I mean, I think every team is going to, you know, like practice on it, even for one week, kind of see if the players like it, if the team feels good on it and stuff. And yeah, I mean, after this event, everyone needs to decide what they're doing with their map pool. And it's kind of good that we practiced Vertigo already in case we're not a big fan of Anubis.

Read More: HooXi: "I don't understand why they would add Anubis, even though I haven't played it..."

BLIX.GG: Last question, just about the M4 nerf they also shipped out; the range modifier from 0.99 to 0.94. What do you think about that so far? And do you think that it will affect your play style or the way you play on the CT side?

Twistzz: Well, I was one of the players that stayed on the A4, for a pretty long time, even during the A1-S meta. I would always find myself trying to switch back to the A4 in some way. Just because of the fire rate, I always liked being able to double-dink faster than with the A1-S. Personally, I don't think it's going to affect my playstyle at all. If anything, it's, you know, it's kind... it'll make, I think we're finally in a situation in CS where you really have to decide which gun you want to use based on your positions.

If you play outside on Nuke, you're probably going to want the A1-S to spam smokes and not get shot back at. I think it's gonna be position based, I think Valve has finally figured out how to make both M4s playable. We'll see how it goes.

You can find more player interviews, as well as the latest esports and gaming news here on BLIX.GG