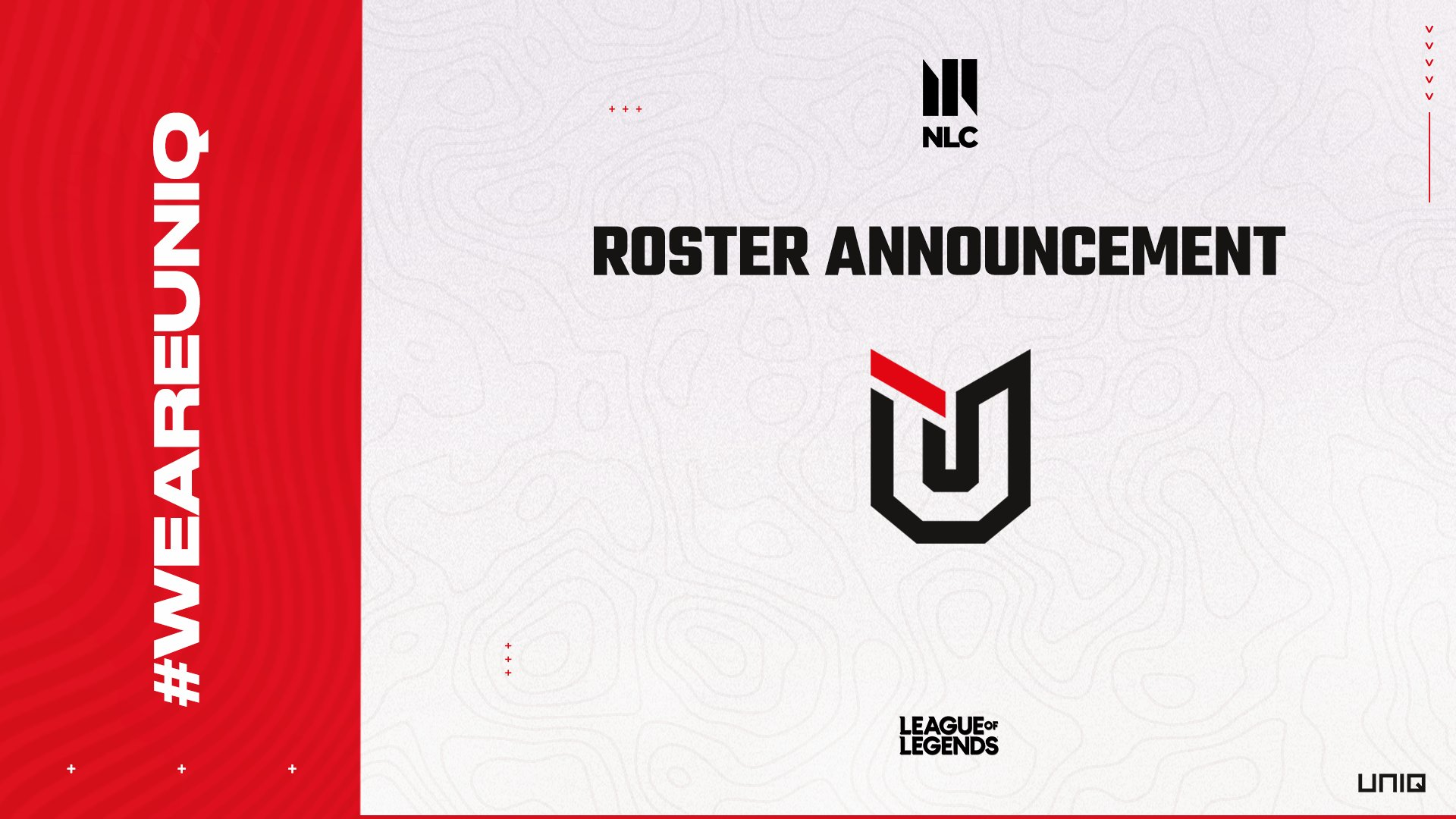 With the NLC set to officially start on January 24th, UniQ have completed their roster to compete in the upcoming spring season. In this collaboration with Blix.gg, we can now officially reveal their full lineup.

UniQ’s full list of players and active staff for spring:-

Nijhuis and Antwere played together in the NLC Aurora Open 2022, but Nijhuis has been with the team in the NLC Division 2 since last summer with coaches Ikkine and Blodsteel.

Mid laner Paul227 spent 2022 with Kaufland Hangry Knights in the Prime League Division 3, while cyraXx played for Italian team Yutoru in the 3rd Division 2022. He also previously played in the One Breath Gaming in the LCL before it was canceled due to the ongoing war in Ukraine.

Support PederseNN has played in a few different teams in the NLC since it was formed in 2020 summer, such as Godsent and Dusty, and he helped Nativz make Division 2 in 2021.

Returning top laner Nijhuis acknowledges UniQ’s roster was put together a little later than normal but despite the potential challenges, he believes in their ability to be competitive and aim for a top 4 spot.

“My personal goal is to become a more consistent and reliable player this split, specifically as a better communicator as that has been a weakness of mine in the past.

I’m not sure about the strength of the other rosters, but a good goal for us is to reach the top 4. The team came together fairly late, so it may be a tough start since we haven't had much practice time. However, I fully believe in the quality of UniQ's players, coaching staff, and organization to bring something very competitive to the table. We will work hard to surprise people this split.”

Head coach Ikkine also returns to UniQ after coaching them in Division 2 in the summer of last year where he led the team to the 2023 Promotion series, where they fell at the final hurdle to MNM Gaming. Ikkine is happy to stay on with the team and thinks that the NLC’s level of competition will remain high despite the demotion from being an accredited league.

“It always feels great to be a part of UniQ. My values align very well with the owner’s values and I feel trusted and supported here, so I wasn't really looking to leave at any point. I think we have a really good mix of youth and experience with a lot of motivation and ambition, so I feel very confident we will improve every week and be able to compete for playoffs. It's anyone's game then.

Even with the demotion to a non-accredited league, there are still so many great players in the region, so I believe the level of the league will remain high. There are a couple of teams that look very strong on paper, but the great thing about League of Legends is that it's not played on paper but on the Rift, and a lot of things can happen. We won't bow down to anyone.” 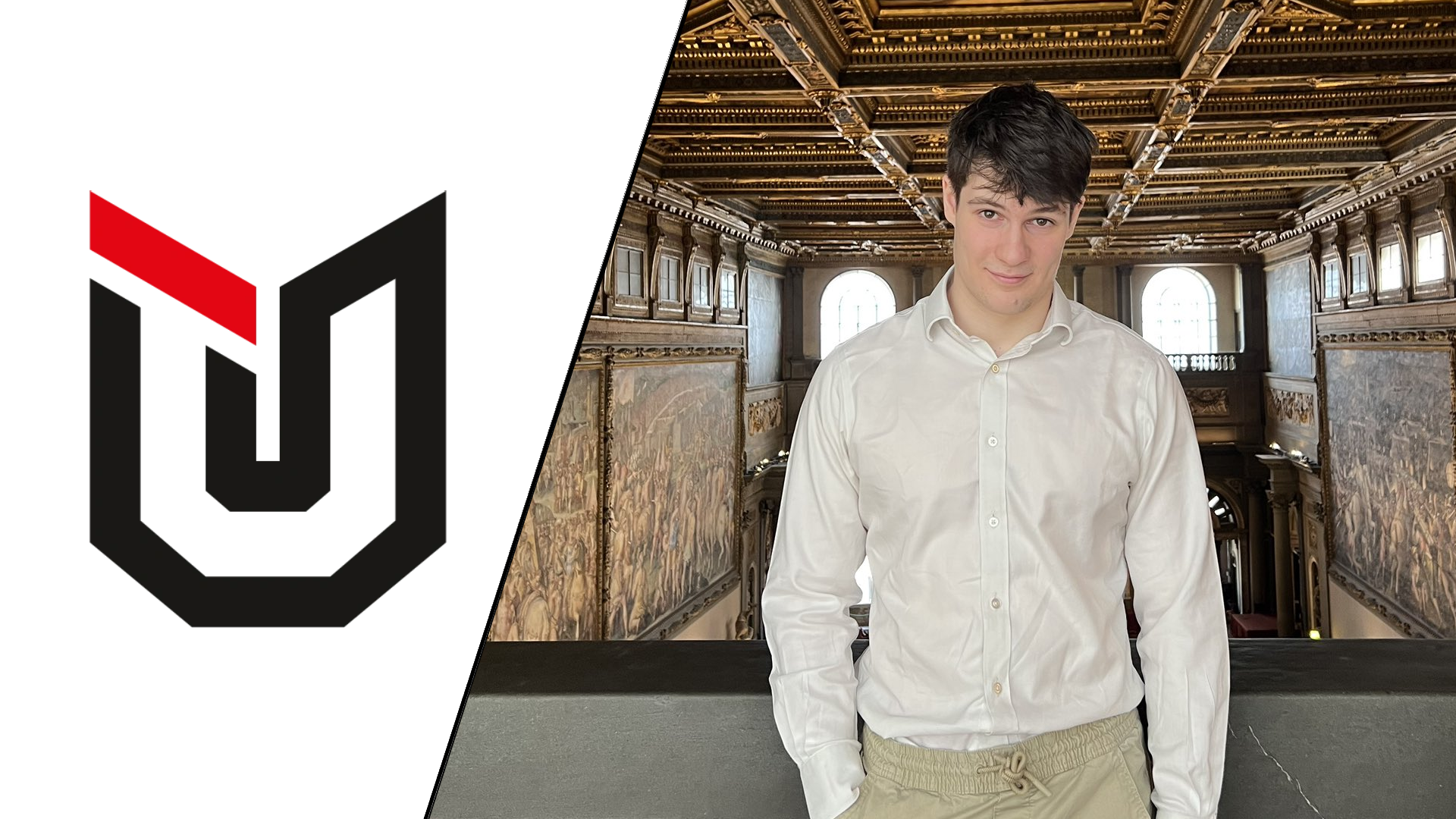 Alongside Verdant, UniQ was one of the two teams who bought into Division 1 before Riot’s press conference last year which announced the new EMEA ecosystem, as well as the NLC’s demotion to a non-accredited EMEA Regional League (ERL).

UniQ was founded in 2019 and has had teams fielded in the old Swedish Esports League and has won Telia Sweden twice when the NLC was operated under DreamHack.

They returned to the NLC that’s now operated by Freaks 4U Gaming in the 2022 summer in Division 2 and according to Soulstice, UniQ aims to build upon its successes from its time in Sweden and aims to be a big name in the esports scene from NLC Division 1.

“The NLC’s history of non-viability can be largely attributed to failure to create a sustainable business by both individual orgs, and TOs, who have thrown large sums of money into the wrong areas with short-term plans that do not pay back.

Our approach is different. This year is about establishing ourselves as long-term players in the top division as a team, brand, and business. As the most successful active Swedish League of Legends team, past and present, we have big shoes to fill. Our long-term goal is to become one of Europe’s biggest esports organizations, and I believe we have everything it’ll take to accomplish this.

Within the League of Legends team at UniQ, our goal has always been to develop our own talent and focus on building cohesive teams with the right people in the best possible environment. Our players have never been the biggest names on paper, but we have always had success, and have facilitated the careers of some of the biggest names today through this approach.

There are some great players coming into the league for 2023. On the surface, the rosters of NORD and Riddle stand out the most to me, and the high-quality talent pool should keep the region very competitive in the EMEA Masters. I believe we can turn a lot of heads and surprise a lot of people this season.”