Sources: VALORANT Challengers SA to include a Contender’s League

Sources close to BLIX.GG have revealed some more information on the upcoming Challengers League in South Asia. Some of this information we received involved the location of the league as well as its format. 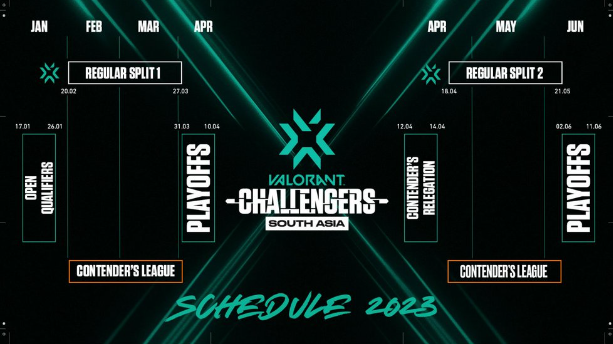 The current information suggests the Open Qualifiers will run from 17th January to the 26th January. The Challengers format will include two splits as reported before. The Regular Split (League Stage) is taking place on LAN, making it the first official offline Riot event in the region - the League Stage will take place in New Delhi, India.

The League Stage will include 12 teams, six of which will be the invited teams, while the other six join them via the qualifiers. It is also worth mentioning that the league will include promotion and relegation at the end of the split. The bottom teams (number unknown) from the League Stage will drop to the Contender’s League at the end of a Split. The Contender’s League will also include teams that failed to make it to the main stage via the Open Qualifiers.

The Contender’s League will run alongside the main league and will aim to nurture the growing VALORANT ecosystem in the region. It will act as a proving grounds for aspiring young talent and will also help them gain much needed experience. The Contender’s League is part of an effort made by both Riot Games and NODWIN Gaming to provide growth, structure and opportunities for the next generation of VALORANT players.

The Contender’s League is a system that Riot Games has run in the EMEA region to great success and its introduction to South Asia should hopefully provide the same results. Its introduction into South Asia will be the first of its kind in the APAC region and by doing so, Riot Games has once again confirmed that they are dedicated to the growth of their Esports around the world.