VIT Photon: “Evi is a good player and friend, so I want to play against him” 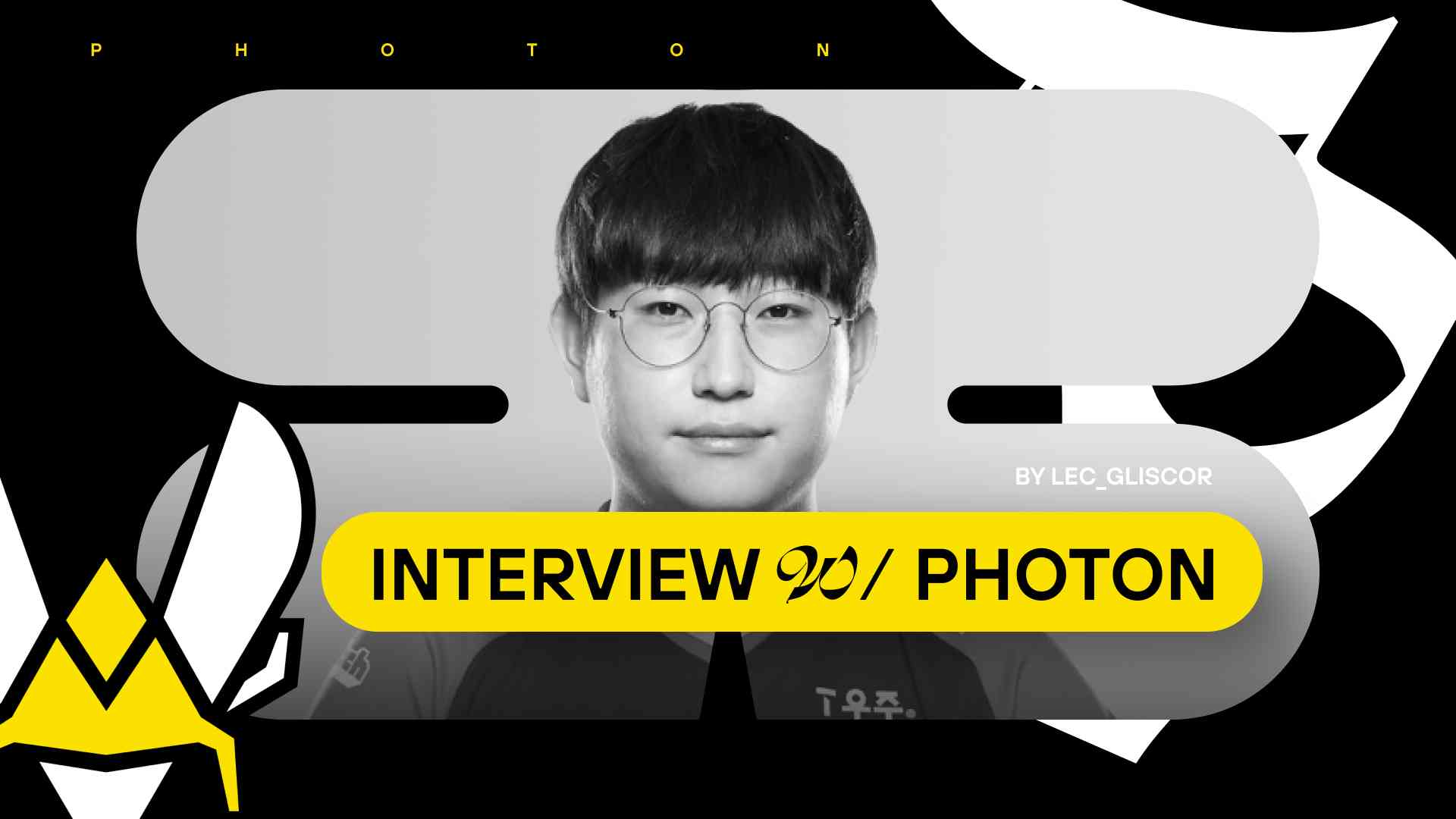 One of the most interesting projects for LEC this 2023 is Vitality’s roster. If Heretics has a Korean, a Japanese, and three Europeans; Vitality has a Korean, a Chinese, and three Europeans. Between the names being considered by Vitality in the toplane, which include people like Odoamne and Bwipo, as told by Eros here on BLIX.GG, Vitality ended up signing Korean toplaner Kyeong "Photon" Gyu-tae, a young 21yo rookie that played for T1 Challengers (T1 academy team) last year, where he reached 1st place in Summer Regular Season and Semifinals in the Playoffs, as well as winning the East Asia Esports Championship 2022 with the Korean national team.

In 2023, he is facing a new challenge, joining a roster that is trying to superteam way for a second time, as well as being paired with Zhou "Bo" Yang-Bo, a Chinese jungler considered by some as the next generational talent, and a doubtful flop by others. BLIX.GG sat with Photon to talk about his first move outside of Korea, his expectations for 2023, and his impressions on LEC players and rosters.

Q: How have your first days in Vitality been so far? Have you got to know your teammates so far?
Kyeong "Photon" Gyu-tae: I arrived in Europe at Luka “Perkz” Perkovic’s wedding. It was very fun. I got to know parts of my team there and then in Berlin everyone else. People in Team Vitality are very friendly and always help me.

Q: What were the reasons that made you decide to move to Europe?
Photon: I was very happy when Vitality contacted me because it is a very good team. In addition, I wanted to experience other countries and learn English.

Q: What are your expectations toward this split and this year? What position do you aim to land?
Photon: My goal is to get good results and go to Worlds. It will take time for me and the team to develop because everything is new, but we will in the end. I heard rumors that this year's Worlds is in my hometown Seoul, so I really want to play there.

Q: Do you feel any difference in working environments between Vitality and your former team, T1 Challengers?
Photon: I am adapting to the different styles of play in Europe and Korea. Speaking English is a big change for me and the schedule is also different.

Q: Did you follow European LoL much before? If so, what was your opinion about it?
Photon: I was watching some games of LEC before. I think players are good and LEC teams focus on team fight picks.

Q: Do you have a specific team you want to face this split with? And about European top laners? Do you want to face anyone in particular?
Photon: I am very excited to face Team Heretics. Jankos is a very funny guy, I know him from Luka’s wedding. And because of Evi. Evi is a good player and friend, so I want to play against him.

Q: Have you spent much time on SoloQ? If so, is there really a big difference between EU and KR SoloQ? What's your opinion on the current meta? Do you feel excited about any new champions/builds that could be played in the toplane?
Photon: Yes, I think it's completely different. I think this meta is focusing too much on the bottom. Also ADC buff will be stronger but it is ok, we can play Akshan, Kindred, and Tristana. Top needs buff.

The integration Photon is already having in Europe and within the team certainly is quicker than I expected.

Photon had a good start yesterday against Fnatic. Besides it being a tough matchup, certainly the closest one so far on Week 1, Vitality was able to pull it off over Fnatic and start the Winter split with the better foot. Photon’s Jax was one of the keys to Vitality’s success, dominating the toplane matchup against Wunder’s Gragas (solo kills included), as well as key rotations in the midlane and team fighting to cover Fnatic’s attempts to gain advantages. His aggressiveness certainly surprised a lot of people, with even some trash-talking included.

Today, Photon is facing his good friend Evi and Team Heretics on the toplane. On paper, Vitality should have the upper hand, but we never know what could happen in a league like LEC.