Watson talks shop: Hellraisers, B8 and the EEU scene 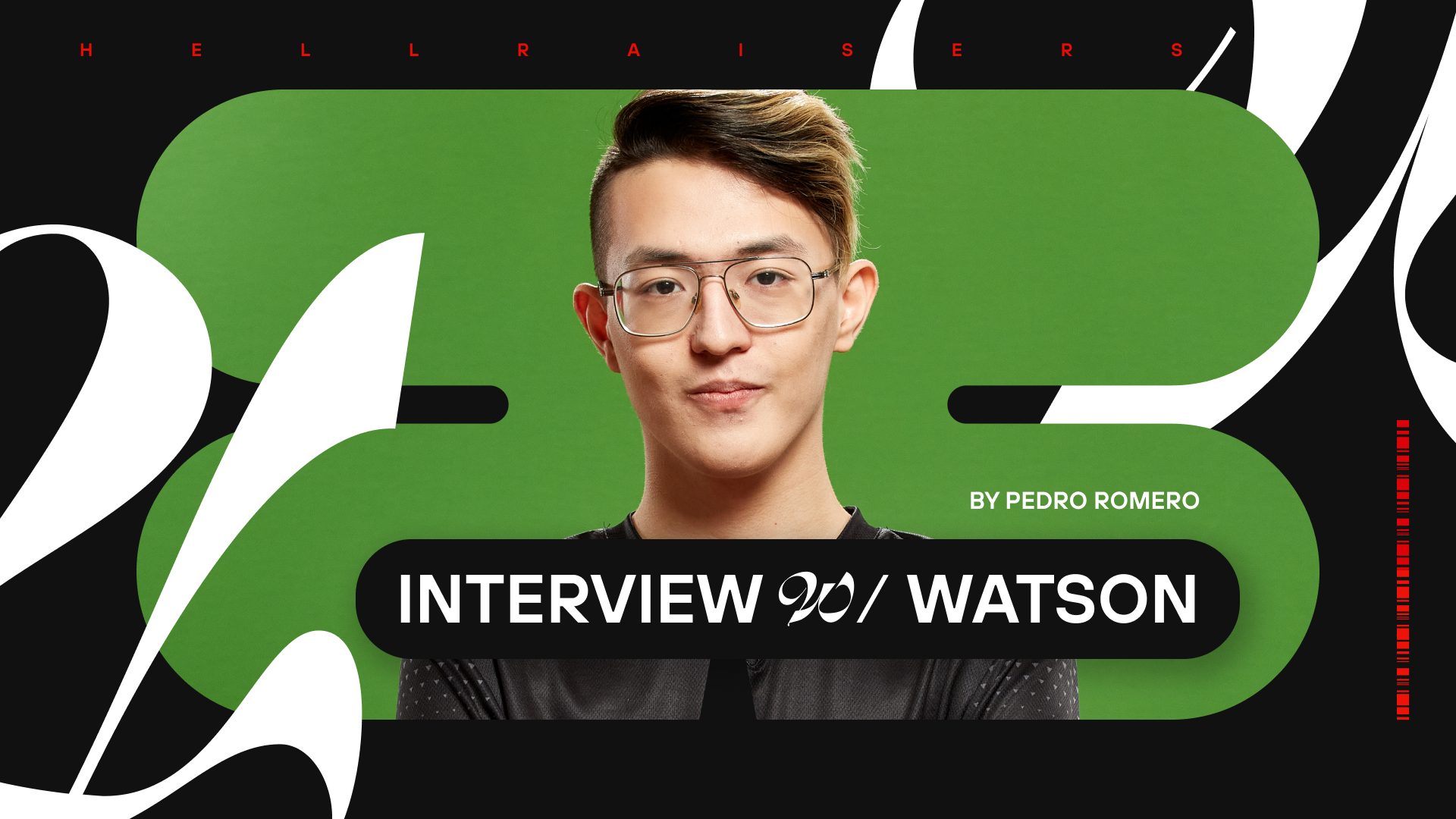 For a time within the 2021-22 Dota Pro Circuit, HellRaisers distinguished themselves as one of the best teams in Eastern Europe. After finishing fourth for the EEU Winter Tour, they secured a place to compete in a Major, but with the subsequent cancellation of said event, their chance of competing against the rest of the world was dashed.

Add that with their 7-8th placement in the Spring Tour playoffs. Which, on top of being a qualifying event for the Arlington Major was a mode for relegation, HR were in a steep decline and needed to make adjustments to rejuvenate their lineup.

Enter Alimzhan "watson" Islambekov. A Position 1 player hailing from Kazakhstan, who joined in late April after playing with B8 for eight months. With his contribution, HR quickly returned to the top flight of EEU Dota. Going 6-1 in the Summer Tour and finishing first. He then played in the TI11 qualifiers with the hope of sending his team to the event in Singapore. Unfortunately however, by losing to One Move in the lower bracket, HR were eliminated from TI contention with just three series wins to go.

It was a bitter pill to swallow for watson. But it's not such that will discourage him from trying again for the next DPC season. With a renewal of energy and focus, he'll vie to lead HR to success which would culminate in an appearance at TI.

Following the conclusion of the DPC season, BLIX.GG caught up with watson to discuss his career, how he first came into contact with Dota, the popularity of the game in his native Kazakhstan, and EEU's chances of winning TI11

Pedro Romero, BLIX.GG: How did you first meet Dota and when did you decide to pursue a professional career in the game?

Alimzhan "watson" Islambekov: My older brother introduced me to the game, I just watched how he played and then, as I grew up a little, I started playing Warcraft 3 myself and then Dota 2. I decided that I wanted to become a professional player when I upgraded 7k mmr.

BLIX: What is the Dota scene like in Kazakhstan and the rest of Central Asia? How is it different from the rest of Eastern Europe?

watson: In Kazakhstan, DotA 2 is not particularly developed, here for the most part they love cs-go. Tournaments are held, of course, but they are very small and with a small prize fund.

BLIX: When you started your professional career in Dota 2, the scene was hit by the COVID-19 pandemic, which limited the events to online games. How did you experience this period in shaping your career? Have you experienced tremendous stress trying to build your career during the pandemic?

watson: I was upset that I wouldn’t be able to go to tournaments, but on the other hand, my studies switched to online mode and I could just sit at home and play DotA, which I did. And also play online tournaments.

BLIX: Can you describe the challenges you faced (both in and out of the game) and how you overcame them?

watson: Didn't notice much of a problem. because I also went to bootcamps, taking a PCR test, and it didn’t affect my game in any way.

BLIX: Do you think that the EEU dota scene has returned to normal after the pandemic?

watson: I think so, except for the first major

BLIX: Midway through the 2021 DPC season, you joined Dendi in B8. What was it like playing with him and how did it differ from your expectations before playing with the team?

watson: I had no practical experience in competitive, and with Dendi and Nofear I learned to play competitive.

It was very interesting to learn something new, all sorts of team trainings, the first good bootcamp in my life, and so on. I expected that we would start playing well in the second division, but we finished in 6th place, which I personally did not expect, and then we were eliminated in the second round in the qualifiers for int, and then everything was not very good.

BLIX: What do you think has prevented B8 from excelling in the DPC, both in and out of the game?

watson: I think we allocated too little time to DotA, because we had a psychologist and we worked with him, went out all the time somewhere on the street, although I think now we just needed to play 10 publics a day and hone our micro skills, and on this just move the second division. Almost everyone went to bed at 11, since we got up at 10 in the morning, and I alone played until 5-6 in the morning in public because during the day, due to exercises and other things, I didn’t have time to play.

BLIX: How did the transition to HellRaisers happen? How were you invited to join them?

watson: It happened with the help of Nofear, with whom I played in b8, and who was the coach of HellRaisers. They decided to assemble a young team and called me.

BLIX: How does working with HR compare to your previous teams throughout your career?

watson: Everything is simply much better than in my past organizations, in every aspect.

watson: No one knew the dates of the playoffs, and we as a team decided that there was no point in playing scrims, and personally, after a wild lose streak, I decided to just chill in csgo. And when I was playing csgo for a month, and they announce the playoffs. And as a team, we just play a couple of days of screams and started playing the playoffs and were out. We just weren't ready for it.

BLIX: How did HR comeback to secure promotion to Div. I in the Summer Tour?

watson: It was easy enough, we all played DotA and were in great shape each, and gathered at the bootcamp for 2 weeks and started to prepare. The patch that came out the day before our 1st official game interfered a little, and we lost it, but this game did not knock us out and we won all the remaining games without losing a single game.

BLIX: Although HR had a busy DPC season, in the TI11 qualifier they were eliminated from the One Move game in the lower bracket. What did HR lack compared to the top teams in TI11 qualifiers?

watson: I think we lacked a bit of preparation as we didn't play against the strongest teams in the square. There is nothing more to add.

BLIX: What are your expectations for the EEU at TI11? Do you think Team Spirit will be able to become champions again or can anyone in the region claim the Aegis?

watson: I think Spirit has a good chance, but my heart is for Ame and PSG LGD.

You can keep up with watson at his instagram.