Which Gwent faction is more suitable for a beginner?

For those who are not familiar with Gwent: The Witcher Card Game is a collectible card game developed by CD Projekt Red in 2018. There are 6 playable factions and over 1400 different cards. All the cards are from the famous game and book series “The Witcher” written by Andrzej Sapkowski.

This game will tick the right boxes for fans of The Witcher, but more than that, those who previously enjoyed playing other popular card games like Hearthstone, Legends of Runeterra, and others. In Gwent like in all card games cards including minions and spells are played on the game board(Image 1.1). Additionally, cards could be premium which means with animation(Image 1.2 and 1.3) and standard without the animation. From the overall perspective, Gwent is a very skill-intensive, F2P-friendly game with amazing art and lore.

This was a small overview of what Gwent actually is, but now I want to focus more on playable factions because it’s where a lot of new players start to struggle.

Northern Realms is the faction you’ll play in the tutorial of Gwent. Unfortunately, most of the players will continue to play this faction only because they were introduced to them first. From my point of view, it’s a big mistake; it may be an inappropriate race for your type of game style. Overall, I agree with the fact that this is one of the easiest races to start with. Mainly because they don’t have such difficult mechanics, like Nilfgaard or Syndicate. Most of the time Northern Realm cards have simple logistics. Like Order, where you just need to wait one turn before activating that ability, Cooldown, where you need to wait the number of turns before reactivating order, and Crew which triggers additional ability if this unit is between two Soldiers. The majority of Northern Realm decks focus on dealing a lot of damage, saving their units, and playing long rounds. So, the main concept is simple and that’s why this faction works well for new players. 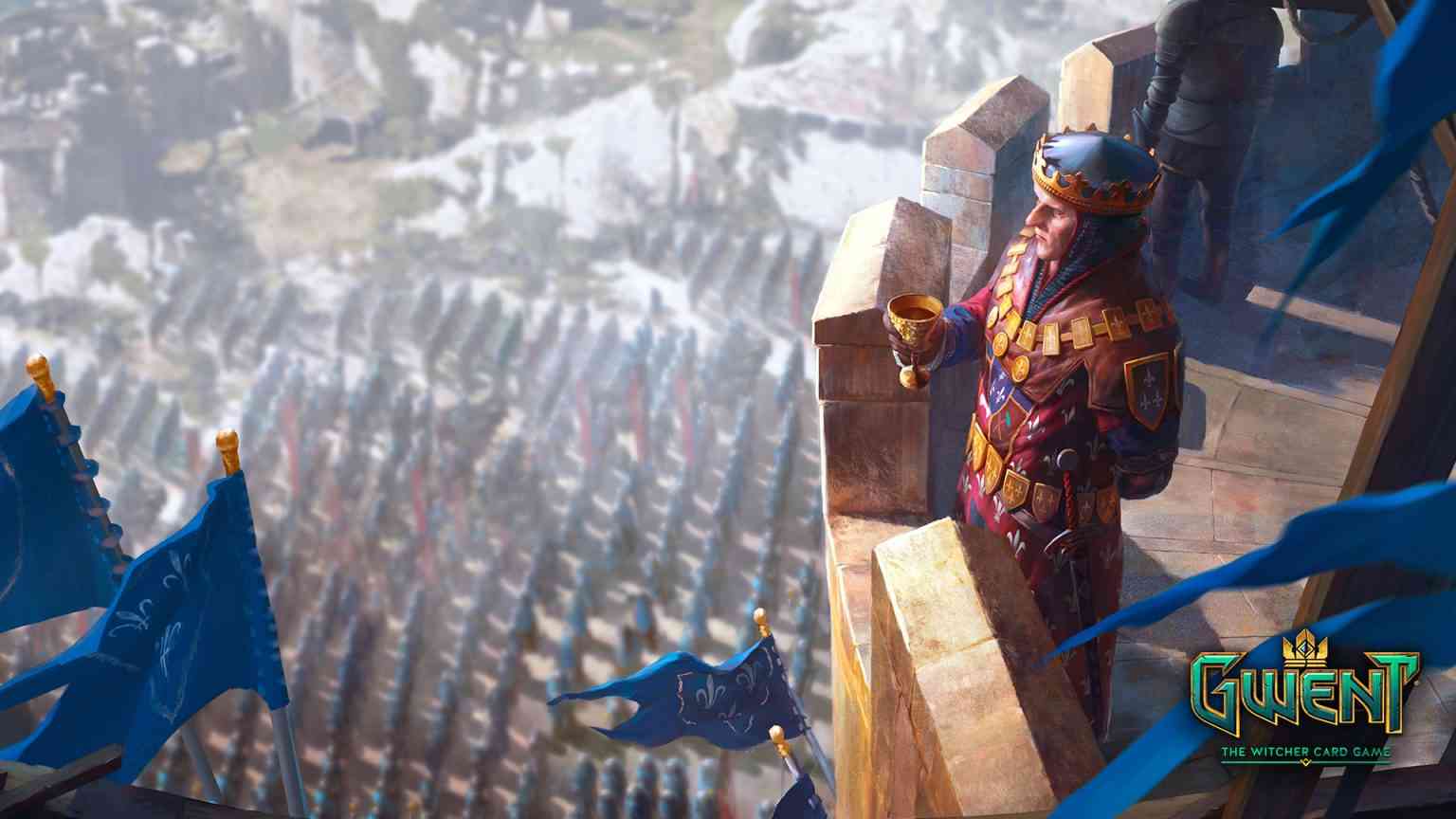 Nilfgaard is the faction based on spies and playing opponent’s cards. It’s a far more complex option rather than Northern Realms. To win as Nilfgaard you must know your opponent’s deck at the same level as you know your own. Furthermore, you must know all game mechanics and cards because very often you will be playing cards of your opponent who is playing on other various factions. I highly recommend not to start your journey into Gwent by playing Nilfgaard. If you’re still new to the game, you should get more experience before trying them. On the other hand, Nilfgaard being so skill and knowledge dependent has made this faction one of the more dominant and stable throughout the past 4 years since Gwent’s release.

Monsters mainly focus on rough power. They have powerful units with high stats and quite simple mechanics. I could say that it’s on the same level of difficulty as Northern Realms. Their main abilities are; Deathwish, which triggers only if this minion died, Dominance, which is active when you control the unit with the highest stats on the board, Consume, when you just eat your own minion just to trigger its Deathwish and Thrive, which boosts unit by 1 if you play a minion with stats higher than the minion with Thrive. Even if you haven’t played a game of Gwent, the main logic of these abilities is easy enough to grasp. That’s why Monsters are a good option for beginners. Gameplay on Monsters is based mainly on not controlling the enemy board but on boosting your own units. Additionally, they have an option to play short rounds as a result of their high stats monsters.

Scoia’tael is the faction of elven and dwarven rebels who fight a guerilla war against the Northern Kingdoms which is moderately complicated to play. The problem with Scoia’taels is that they were very unstable during all of Gwent’s meta. They were either on the top or at the bottom. In today’s meta Scoia’taels play a spam type of gameplay, thanks to the latest patch; where some of the cards were updated and now it is viable for them to play as spam elves. But for a long time, Scoia’taels played with traps and a lot of spells. The trap is a card that is played face down, then flips over when the ability’s condition is met. It was annoying and uncomfortable to play against such decks considering the fact that there were like 6 different traps with some of them having 2 copies in the deck. The combination of spells and traps made it impossible for opponents to use their removals because traps didn’t have any stats. Overall, this deck was a big headache to enemies. In conclusion, I could say that new players could try out this faction as their first but there are obviously easier options.

Skellige is the faction that lives in the islands of the Skellige Archipelago. The main units of this race are pirates and ships. However, in today’s meta there are a lot of different archetypes of Skellige decks including Alchemy, Pirates, and Witchers. We could classify Skellige as an extremely controlling faction that could easily wipe out your vital minions. Skellige has some cards that can resurrect minions back to the battlefield. Moreover, this race has an exceedingly efficient way to draw cards; by taking one card from the deck and just deleting one from your hand. Allowing you to find cards that you want and get rid of trash minions or spells from your hand. All of those features make Skellige a really mighty faction with a lot of variabilities. Nevertheless, I rank it as a medium level of difficulty, because there is too much for new players to learn to begin playing with it.

From my point of view, Syndicate is the most complex faction in comparison with those previously described. The main issue for newbies playing this faction is that it has its own mechanic of coins. Most of the Syndicate cards have the Tribute ability; where you need to choose whether or not you want to spend a specific number of Coins to trigger its special talent. Some minions and spells have Profit from which you can gain a stated number of coins to pay your tribute. In Syndicate decks, you will obviously have a precise number of coins you’ll need to pay for your Tribute, and sometimes it’s really tough to count all of those money operations. As an example, when I was playing on Syndicate, my last card in my hand which had 9 Tribute but somehow, I only had 8 coins and I couldn’t trigger its ability to achieve victory. Playing Syndicate means that you need to spend each coin correctly and predict the right number of coins you’ll need for the final round. This faction is on the same level of complexity as Nilfgaard and in no case would I recommend it for beginners. However, the might and imbalance of this faction are even higher than Nilfgaard’s, so if you spend enough time to master all of its features it will definitely result in a higher win rate.