Dota 2 2023 Predictions - What We Expect to Happen 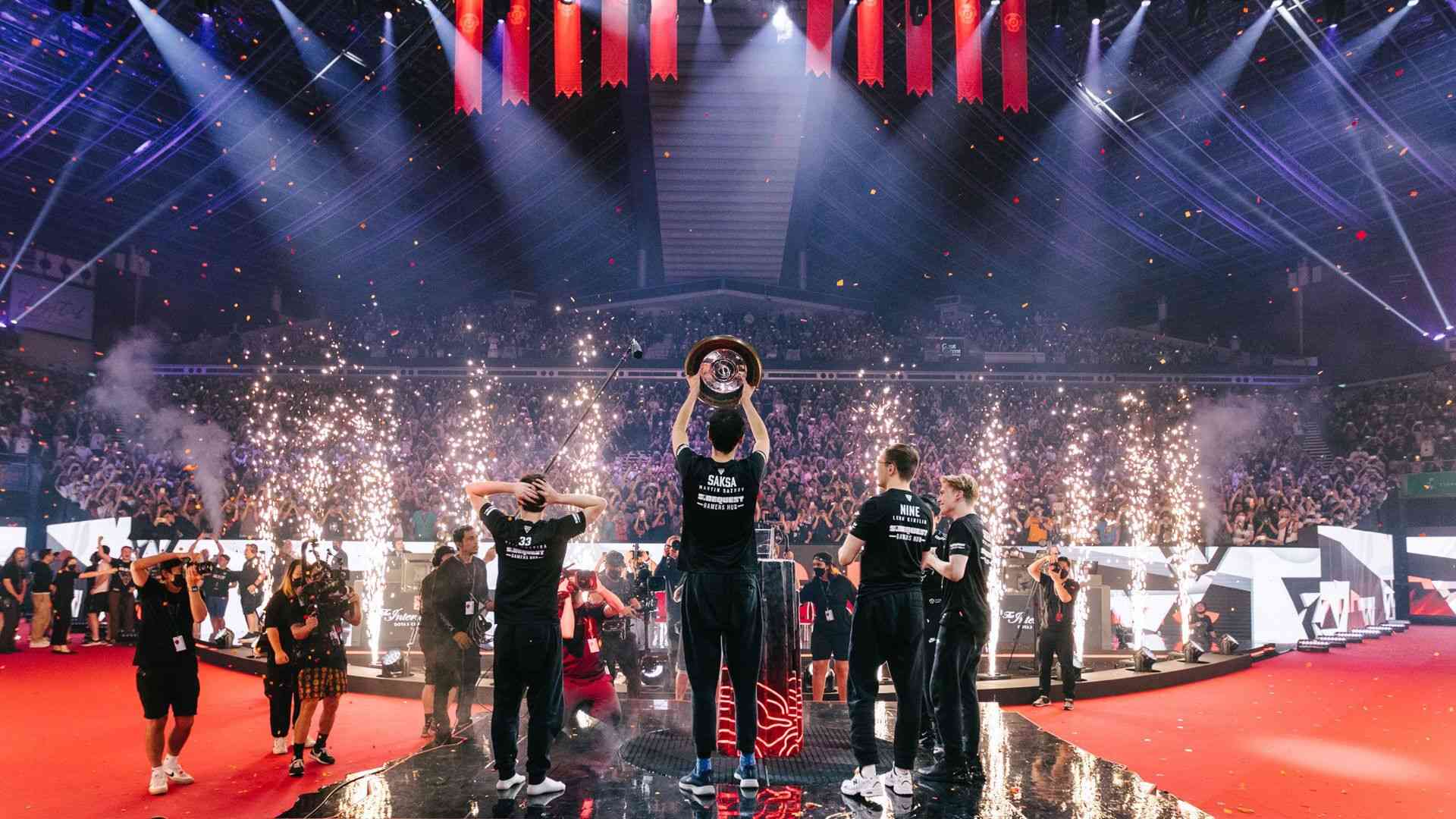 After looking at some of the best Dota 2 teams of 2022 and the most memorable moments, it is time to focus on the upcoming year. 2023 will give us access to tons of new events and the chance to watch the best in the world.

Speaking of the devil, we already know everything about the upcoming 2023 DPC. The format will remain the same, but each division will last three weeks instead of 6. Furthermore, both divisions will be scheduled separately, which is great news for Division 2 because it will gain more popularity. Needless to say, people weren’t that interested in it because they had the chance to watch Div1.

We can’t wait for the new DPC to begin, but there are several other things that we're eager to see in the new year. So, let’s go through all of them.

Professional players and Dota 2 fans who prefer other regions might not like it, but Western Europe is the best region in Dota 2. The top teams have proven it countless times in the last couple of years, and TI 11 was not an exception. We saw a WEU final, and teams such as Secret, Liquid, and Tundra had little to no problems against the other big names.

Speaking of Western Europe, many people believe that Tundra Esports will continue to dominate. They might be able to win a few big events, but we believe that there will be a lot of surprises. Following the big roster changes after TI 11, several big names in the region have everything they need to shine.

Nigma Galaxy is the first team that comes to mind, especially after it decided to add ATF. The latter was one of OG’s best players, but he chose to take Miracle-’s role in the team. So, instead of seeing him in the offlane, Ammar will have to carry his team to success.

Speaking of OG, this is another team that we think will continue to dominate and could become the best. Despite Ammar’s departure, bzm and the rest added Dmitry "DM" Dorokhin to their roster, a player that shined in VP for several years. OG’s roster might be young, but the players gained invaluable experience in 2022 that might be enough to allow them to dominate in 2023.

The International 12’s prize pool will break the record

Every Dota 2 player knows that The International is the game’s most important event. Besides the fact that it gathers the best in the world, it also offers a jaw-dropping prize pool that is more than enough to change people’s lives.

Speaking of prizes, The International 11 wasn’t able to surpass TI 10’s record prize pool. In case you’ve forgotten, TI 10 had a whopping $40+M reward, the highest in eSports history. After tons of epic matches, Team Spirit defeated their opponents and won the most impressive Dota 2 reward.

Although fans and players alike expected The International 11 to surpass TI 10’s reward, this wasn’t the case. Despite the promising start, the tournament’s reward “only” reached around $19M, almost half as much as before. This was disappointing, to say the least.

Valve’s Battle Pass for 2022 was arguably the best one we have had so far, but even this wasn’t enough to help TI 11’s prize pool break another record. However, we expect this to change for 2023, and TI 12 to become the eSports event with the largest prize pool in history. It won’t be easy for Valve to come up with something that would encourage people to contribute more, but who knows, we might see a more substantial reward from the company itself.

Collaborations between some event organizers and the biggest sports betting company

Whether we like it or not, sports betting has an even more important role in today’s eSports scene. The fact that these companies have a lot of money allows them to sponsor some of the best teams and players. Consequently, we think that it is just a matter of time before we see some kind of integration with the world’s leading Dota 2 tournament organizers.

Many fans of this beautiful game might be against online betting, but there is no arguing that those sites positively impact the scene. The fact that they bring in fresh money allows teams and players to continue to do what they do best. However, this doesn’t mean that these companies can do whatever they like.

Sports betting is a sensitive topic in almost all countries around the world. What makes it even more dangerous when it comes down to eSports and games like Dota 2 is that many people under 18 years of age watch these events. Needless to say, underage gambling is not allowed, so companies have to be smart and think of new ways to advertise what they offer.

New & Innovative cosmetic items or even a new game mode

Dota 2 is an exciting game with millions of fans from all over the world. However, no one can deny the fact that it is not as popular as it once was. There are many reasons why this is the case, such as the fact that the game is really competitive. Consequently, not that many people are willing to put in the time and effort to get better.

Since the Dota 2 community is not as big as before, we wouldn’t be surprised if Valve decided to add new and innovative cosmetic items. They already did this with the addition of the Personas a couple of years ago, but there is definitely room for improvement.

Aside from new items, some of the upcoming Dota 2 updates might also include new game modes. There are several options even today, but it seems like the game needs something that would allow it to stand out.

We're optimistic about the future when it comes down to Dota 2. The game might have lost some of its players, but those who love it will continue to support it no matter what. It is up to Valve to make the necessary changes that would allow Dota 2 to continue to be the leading esport of 2023.