Hugo "TheSwedishJoker" Nilsson Meier: I'd like to start talking a little bit about the Major. Now you have had some time to go through it and everything. What do you think went wrong at the Major?

Finn “karrigan” Andersen: I just think it didn't click for us, we never really got started in the tournament. I mean, we played Cloud9 and Vitality on the same day, we did two rough matches in the best of ones. And Bad News Eagles, we didn't finish off the big lead we had at 14-9.

So obviously, a lot of stuff and I think maybe a little jet lag on the first day also had an impact on the Vitality game. But, I felt like we played really well leading up to the tournament. So I think just having this clicking and, and suddenly 24 hours had passed, and we are 0-3.

BLIX.GG: And you touched a little bit about playing vs Vitality. On the first day you played against the number two and the number five ranked teams in the world, while you were ranked number one.
Do you think that there needs to be some kind of change to the seedings at the Major to avoid these kinds of scenarios where, obviously the better teams should be playing the lower ranked teams?

karrigan: I mean, it’s hard to say. I think it’s the first time at a major we have experienced a situation like that where NaVi is playing Vitality and we are playing Cloud9 in the first game and then if one of the top seeds lost, those teams have to play each other. So I don't think it has to be a big change. If it keeps happening at the Major, we might have to look at that. In the end, it was Vitality and Cloud9 not playing well in the Challenger Stage which led up to them having a bad seed, right?

So in that sense, it was their own fault, and then ended up going out on us as we had our chances to avoid this problem. If we beat Cloud9, nobody would talk about the seeding because Vitality and Cloud9 would not play each other for example, so yeah, it is what it is. 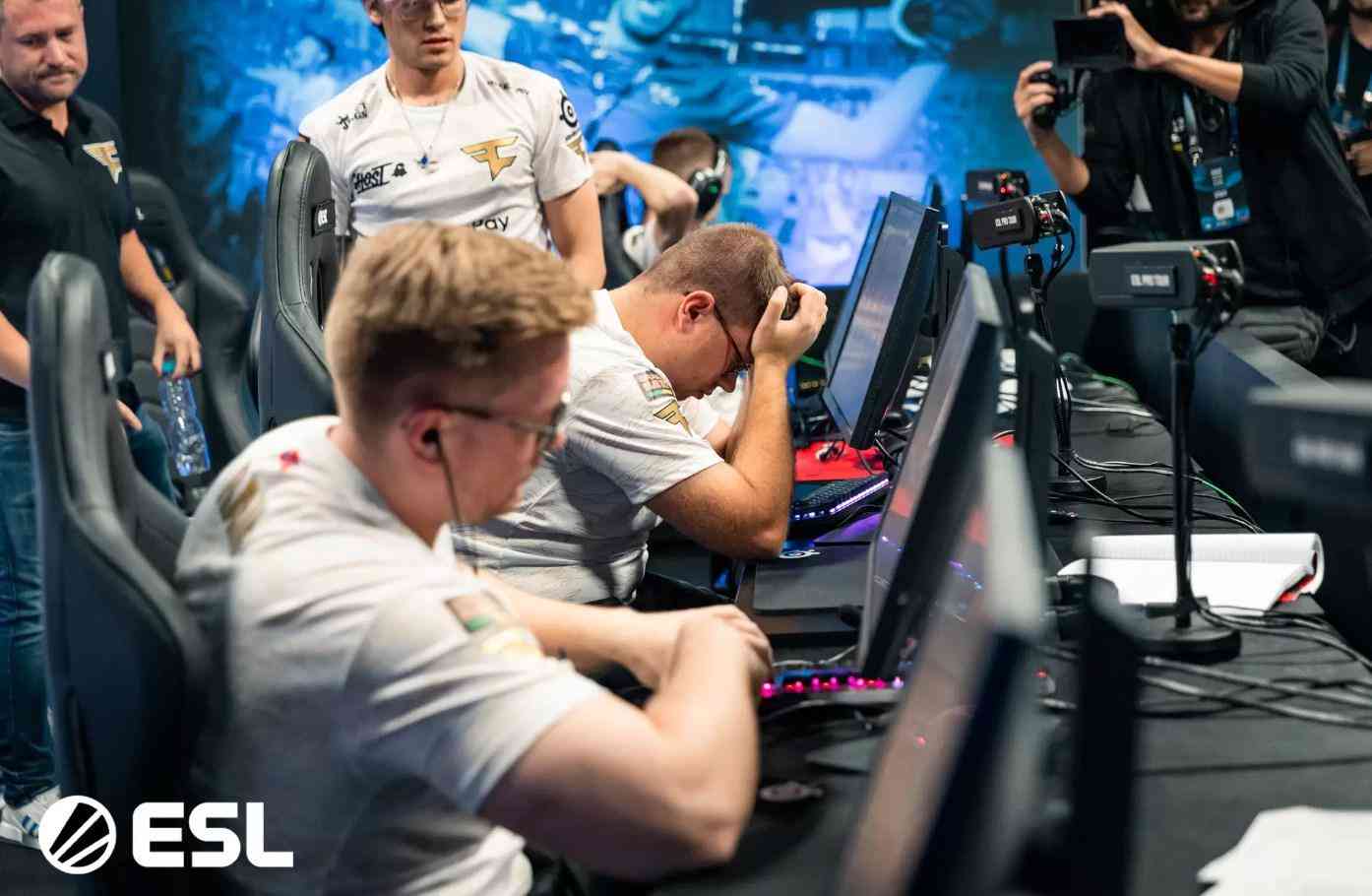 FaZe after being eliminated from the Rio Major

BLIX.GG: How have you been preparing for the event here? Have you had some time off and then come back to practice coming into this event?

karrigan: Yeah, we had some time off after going out of the Group Stage, me and Twistzz stayed some extra days in Brazil to relax a little bit with our girlfriends and wives. So yeah, we started our practice when we arrived home from Brazil and just tried to keep up what we were building on before bootcamp and just not overthink stuff, but just keep grinding and, and I think we showcase today that we didn't bring anything, we haven't changed too much. We have added some new stuff, but we didn't get to show much at the major either. So we have a pretty set playbook for the last two tournaments this year.

Looking at the Danish scene

BLIX.GG: And I want to talk to you a little bit about the Danish scene. Previously, we had Astralis being dominant. Now they have been struggling a little bit, Heroic have been stepping up, we have you here in FaZe and Copenhagen Flames splitting and everything.

Some big names in other individual teams, what do you think needs to be done to the Danish scene to build a fully Danish team in the top that can compete with Heroic?

So, I think you'll see more Danish players seeking that way, unless there's a big sponsorship, where they try to focus on being purely Danish, as we have a lot of good Danish players. So for now, I think that the scene is good, if Astralis can up their level for next year, we have two really good Danish full teams and then you have Danish players placed around in different camps and different teams.

BLIX.GG: Do you think that it's an issue about having too much talent within the scene, so that they get picked up by individual teams instead of forming into fully Danish teams and competing together?

And I think that if you are making a team in Denmark like Heroic and Astralis, you have to do a lot to keep your players because the players will be picked up by the big Danish organizations. And I think that's been my concern for the last five, six years, right? That's why I stayed with an international team to be able to take individual players from other regions.

The need for player breaks

BLIX.GG: Also, a few months ago, there was the Player Break schedule change on Twitter being announced by the CSPPA. And, you were one of the ones who were being vocal about it, alongside I think it was Twistzz and ropz on Twitter.

karrigan: I think it's a bad change. Obviously, none of us were in the CSPPA. I think ropz is in it now, from our team, to be there, to be vocal. But for me the showcase issue is that, in a lot of European countries, you have vacation with friends in June, July, August, for example, my wife is gonna do all her exams in June. And, so we have no vacation time this time.

And I think that's the main issue, the main problem. So for me, the main concern was that we should have a break after Major, so I suggested to ESL and everybody involved that we try to change the Majors for 2024.

So we could have a Player Break as we usually do. So, let's see what happens, like, everything is still a work in progress but 2023 is going to be how it is with the Player Break. I am pretty annoyed by it, but what can I do, there's nothing that I can do to change it now.

Updates, bugs and the tournament schedule

BLIX.GG: CS:GO also came out with a new update recently taking out Dust2, the old original map, coming in with Anubis, the change of the AWP from ten bullets to five, M4 range modifying from 0.99 to 0.94. Have you had any chance to look at it yet?

karrigan: Yeah, I think the update is really good. We have to see how it plays out, the meta and all. And, I guess you're gonna see that we're not going to see that much of a change at the BLAST World Final. I think, but for sure, Katowice and other tournaments in the new year, you're gonna see Anubis being played a little more.

I think at Worlds, there are eight teams that are going to play Anubis and how many are going to prepare within ten days? Practice is going to be tough to find, after this event, as many teams are going on a Player Break now, right? So, I'm looking forward to playing Anubis, I think this map has potential. But as we have seen, there's still many bugs on the map and, and I think the map is going to be ready for the Paris Major with BLAST in May. So I'm looking forward to playing it more and more.

Read more: HooXi: "I don't understand why they would add Anubis, even though I haven't played it. I feel like there's so many other good maps that they could have added - Train, Cobble, Tuscan"

BLIX.GG: Do you think that there should be some schedule from Valve, to say to the players, we will make this change, at this time just so you know, or like some collaboration with the tournament organizers to try to avoid it coming so close to some tournaments?

karrigan: I think it is always rough to put in the update of a new map. I think you can do it in a Player Break but then in the first tournament, we have like one week to prepare but now we have ten days to prepare Anubis, so it is what it is. I think it's really hard to find a middle ground with the addition of a new map.

karrigan: We have to see now, I think it is very early to say, we have to let the update sink in for the next few months. Then it's easier to answer the question. But for now, I think that the update is good, to make sure you have to kind of choose in between what you want.

But it still gets a little bit cheaper. It can still do damage over a short distance, but it's not as overpowered as it was before.

BLIX.GG: Let's say that you are the CEO of Valve’s CS department for a day and you're able to make any changes you want to map pools, to guns, effects on maps, like you know, chickens that we've had before. What would you do? What would you like to see changed to make it perfect for karrigan?

karrigan: I think the game is perfect. I think it's the meta deciding what is overpowered and what is not. I think that's always the main concern as I'm playing today. I think it's good. The silencer was OP, so that's the thing that's been complained about for the last six months.

So, let's see after this update, if I have something to complain about. But for now, of course, putting in a map that's still very buggy and has some edges that you can't see. It's obviously an issue, so I think Valve should be better at testing out the map before really putting them into competitive play.