NORD Esports rise from the ashes of Bifrost: Who are they and what are their goals in the NLC? 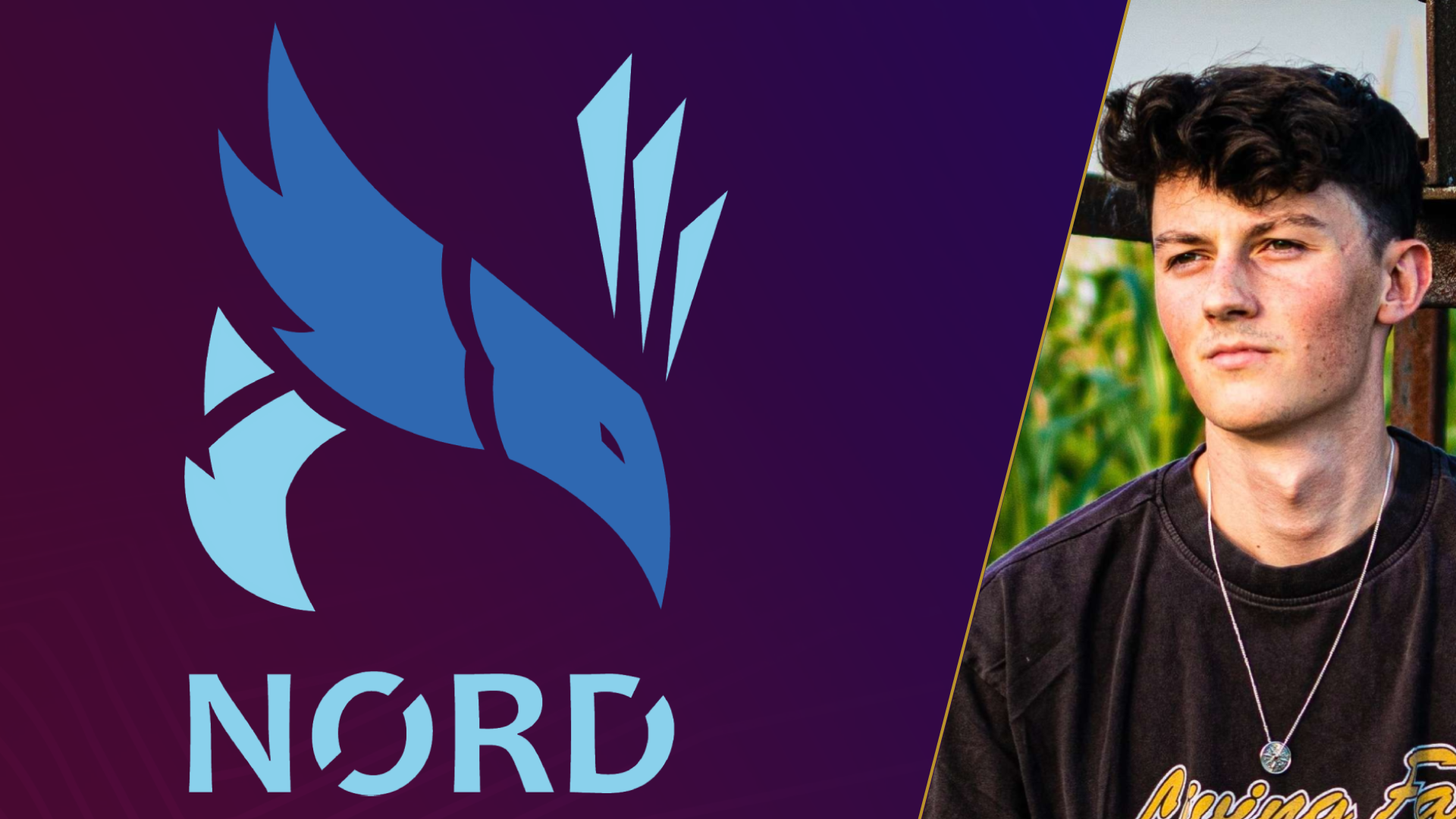 On November 7, Blix reported that Danish team Astralis Talent were looking to sell their Northern League of Legends Championship’s (NLC) Division 1 spot, alongside a slew of teams looking to exit the NLC.

We jump to December 15, where new organization NORD Esports officially purchases the slot from Astralis Talent and becomes one of the eight teams set to compete in the NLC Division 1 next year, with the NLC’s official announcement two days later sealing the deal.

In an extraordinarily short turnaround time, a business plan to convince the NLC and Riot Games was drafted, an investor was brought in, and a new organization was born from the tenacity of Bifrost's old guard.

A new logo, a new team and a new beginning; but the same desire remains: To return and elevate the NLC. NORD are here to play.

From the ashes they rise: Who are NORD? 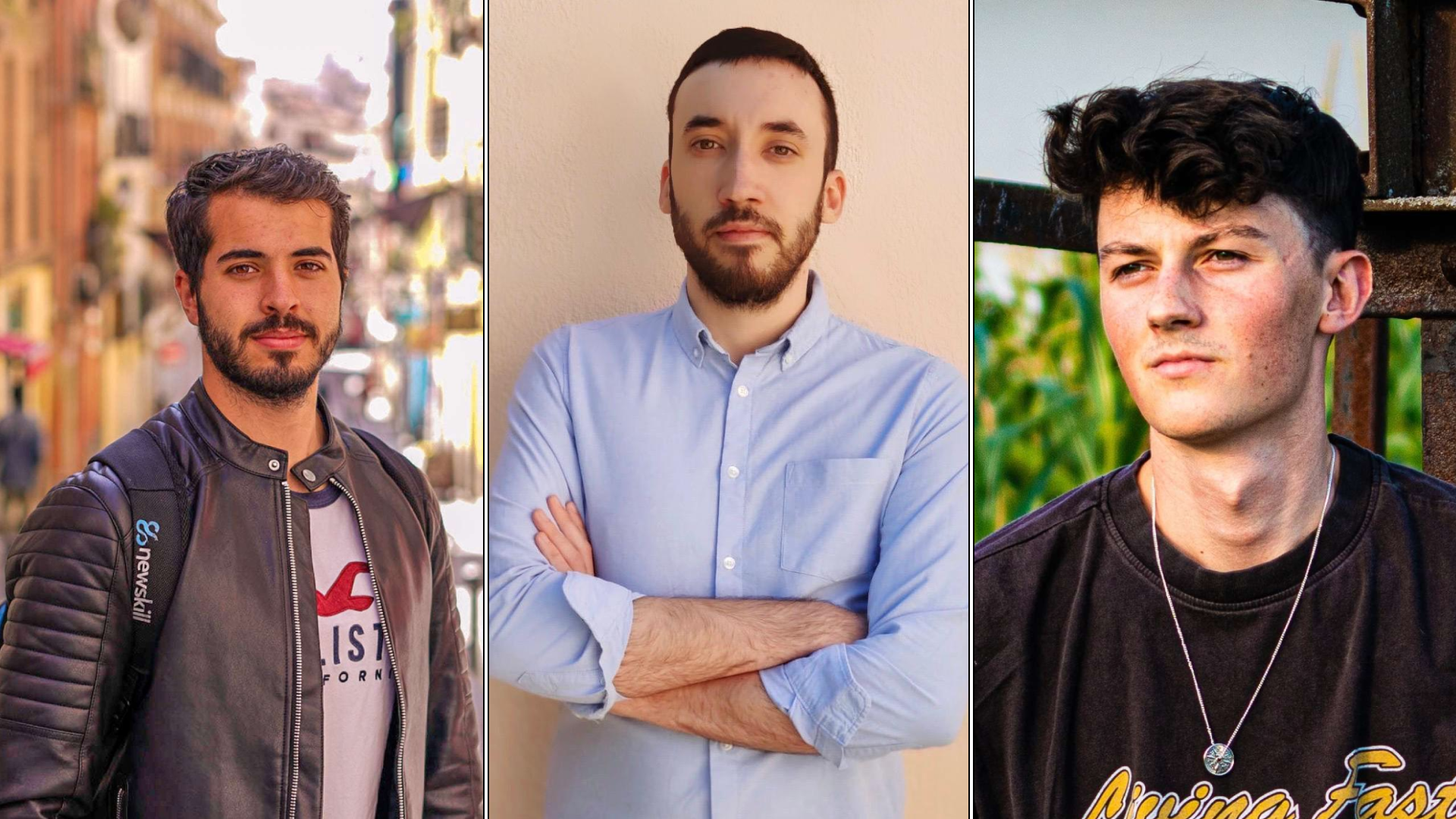 NORD Esports was founded by Pol Rosario, Victor Peñalver and Michel Klepper, who were up until very recently, part of Norwegian team Bifrost. NORD has also verbally agreed to bring on two other yet unannounced content creators at this point of writing. The trio decided to return to the NLC together by forming their own organization, where they can build upon their own vision.

Michel’s role was the deputy CEO as well as the project manager when he was at Bifrost, while Peña was the general manager and Pol was in charge of partnerships.

According to Michel, the name “NORD” was chosen because it means north in several languages. But, more importantly, the north represents the NLC (except oddly, Malta). Their brand aims to be heavily associated with that within Europe and their logo was carefully chosen to reflect those ideals as well.

“The idea behind it [the logo], it’s supposed to be an ice phoenix like Anivia, which represents ice and thus the Nordics/North,” he said. “The NLC at the moment is at its worst state. All the big orgs failed or left the league and we’re basically starting from zero. The phoenix is a sign of hope and rebirth, and NORD aims to be the sign of hope for the NLC to bring back its pride and the recognition it deserves internationally.”

He adds that the ice phoenix also represents what he hopes are both NORD and the NLC’s capability to continuously rise back up: “Our story is like rising from the ashes. Every time you destroy us, we just come back stronger and shine brighter than before. That’s also the story of the NLC, and the reason why we’ve chosen a phoenix for our logo,” Michel explained.

There are many details still to be worked out for this new name in the competitive LoL ecosystem, and NORD will first be based in Germany, where Michel is from, due to regulations surrounding esports there. Michel explains that the idea is that NORD will start out as a European organization first then work towards representing the Nordics.

“We’re currently still figuring things out because everything happened in a short amount of time,” he said. “We will work towards representing Scandinavia in general and at the moment, we’re considering Norway to be our base in the Nordics. I prefer Norway, but I’m not the only one in the team.”

A return to the north

NORD was born out of an exceptionally trying time for its founders. By now, the community has been made aware of the allegations levelled at Bifrost regarding them not paying their former players and staff, and this caused Michel and co. to leave the organization.

“We left Bifrost because at one point it became just too much to handle. Everyone knows about the payment situation by now,” he said. “At Bifrost, we were worried about what their plans were for next year. Could they provide us with a project where we could build a roster or if we could be sustainable and so forth.”

“The NLC is our expertise. We know the region, we see the potential it has, and we love the people and the community here. The non-accredited status doesn’t matter to me,” - Michel Klepper

With Bifrost officially out of the NLC for good, they wish to put this incident behind them and move on. However, moving on to find a project that fit their criteria was proving difficult due to how late in the off-season it was.

“The idea to form NORD came afterwards [after leaving Bifrost]. It was an idea born out of…being jobless, basically,” Michel said, with a small laugh. “We knew we wanted to stay in the NLC because it feels like home to us. Time was limited, so we had to move quickly in finding an investor, making an offer to Astralis, sending the plan to Riot and Freaks 4U to approve it all.”

“It was a very stressful one-and-the-half-weeks because we had to build an organization and brand from nothing, and it’s not even fully finished. If anything, getting the spot from Astralis was the easiest part!”

But the question still remains: Why the NLC? Other than familiarity, why return to the region that has been downgraded from the accredited status and seen some of its biggest names leaving?

“The NLC is our expertise. We know the region, we see the potential it has, and we love the people and the community here. The non-accredited status doesn’t matter to me,” he said. “The new teams coming in are cool, but it’ll be hard because not many of them are well known. However, I think it’ll be a good stepping point for all the orgs to grow, to learn to do business on a smaller scale, and slowly build the NLC back to being an accredited EMEA Regional League (ERL).

“After Riot has pushed down the NLC so hard and punished it for nothing, we really want to be a setting stone for future greatness of the NLC and bring it the success that it deserves.”

Domino Esports’ COO Anders "The Doctor" Nordermoen commented in a previous article and echoed this sentiment, that this was the best time to enter NLC as well and work towards getting it accredited again. Whether this venture bears fruit remains to be seen, but perhaps bullish optimism from its partners is what the NLC needs right now.

The long road ahead

Generally speaking, the NLC has always struggled with viewership as well as bringing in new fans. Despite newly hatching from their icy shell, NORD already have big plans in an attempt to address this. They are currently drafting out a content plan for NORD and have plans to involve their content creators to tackle this head-on.

Michel wants to elevate the content being produced in the NLC to attract new fans in, keep the community as a whole engaged and make the league an interesting viewing experience.

“This is one of our approaches to make the NLC more interesting, by bringing in a follower base but also bringing the follower base of the NLC to our creators,” Michel said. “We will try to use that and create content around our team, and we think it's important to create content formats that are consistent to gain traction from the Nordic audiences. Later on, we’d like to transition this to having a more hardcore fanbase through vlogs or documentaries about NORD.”

He also adds that while these are NORD’s plans, cooperation is key among the existing NLC teams.

“We want to build up the brand of the NLC, and therefore all the orgs need to work together on the content creation side,” he said. “It’ll be good if we can meme between each other, build storylines and rivalries, all of that is necessary to make our league interesting. You see it in football, you see it elsewhere. This is something we’re open to doing and planning to, but we have no concrete plans just yet.”

But at the end of the day, results are one of the most important metrics for a competitive organization. Though expectations are not sky high due to NORD existing as a fledgling brand, Michel aims high and maintains the competitive drive that saw Bifrost’s old team achieve what they did.

He said that NORD are outright aiming for the top two spots in spring and is confident they are more than capable of assembling a competent roster, even on a smaller budget.

“We probably don’t have the highest budget due to the limited time we’ve had to search for investments, but me and Peña have experience in scouting and building rosters,” he said. “I think we did a good job on Bifrost. We have a very good playerbase and I’m confident in our capabilities to build a good roster, even with our limited resources, that will be able to at least compete for the top two spots.”

“I wouldn’t say it if I didn’t believe in it. If it works, great! If it doesn’t, then maybe we were too ambitious. But I would rather be too ambitious and fail than not be at all.”

The NLC’s road is still long for NORD to traverse, and despite the winding nature of it, perhaps NORD could be one of the breaths of fresh air the league needs.