Players that are making their CS:GO Major Debut at IEM Rio 2022 – Part 2

Here are the final eleven of the twenty-two CS:GO players making their first Major appearance in Rio de Janeiro…

Part 1 of the article

Following the conclusion of the RMRs, all the twenty-four teams attending the upcoming IEM Rio Major 2022 have been decided. The Rio Major is set to begin on the 31st of October with the Grand Final taking place on the 13th of November. A CS:GO Major in Brazil has been long-awaited for the Counter-Strike community following the original cancellation due to COVID-19 in 2022 but the world’s best teams are finally heading to South America. An event of this magnitude comes with heaps of excitement from both fans of the game and teams themselves but there are plenty of anxious players who will be taking to the stage at a Major for the first time.

There are twenty-two Major debutants attending Rio de Janeiro, Brazil, all with the aim of leaving their mark on the Counter-Strike scene. These individuals will be preparing the best they can to help their respective sides reach the playoffs and play on the 360° stage inside the Jeunesse Arena which will be packed to the rafters full of over 18,000 Brazilian Counter-Strike fans. There are twenty-four teams attending Rio de Janeiro for the CS:GO Major, equalling a total of one hundred and twenty players. There are twenty-two debutants, meaning around 18% of all of the attendees are yet to have made an appearance at a Major before. That’s plenty of underdogs for us Counter-Strike fans to cheer for!

IEM Rio Major 2022 is the first Major since Katowice in 2019 that the legendary British organization has attended. For an organization of this stature, which has won three Major tournaments in the past, this was a terrible run of form at Majors and it is great that it came to an end with their new international squad. Dion “FASHR” Derksen and William “mezii” Merriman are two key pieces to this lineup who will be making their Major debuts with fnatic in Rio de Janeiro.

William “mezii” Merriman has been a part of the British organization for over a year now and recently took the leadership role following the removal of Alex “ALEX” McMeekin from the starting lineup. The 24-year-old has shown rifling proficiency throughout his career and this has continued even under the immense burden of the IGL role. Dion “FASHR” Derksen is the newest addition to the international squad, the Dutch rifling talent was acquired from ECSTATIC and is slowly becoming an integral part of this fnatic lineup. He still has room to grow and develop and it should be thrilling to see both him and William “mezii” Merriman debut on the biggest of stages. The European team qualified for the Major squeaking through Group A of the RMR as the final team to qualify. They finished with a 3-2 score and outside of a shock loss to B8, they won all the games they were expected to. Can this international side repeat the dominance of old fnatic lineups in Brazil and can Fredrik “roeJ” Jørgensen and Nico “nicoodoz” Tamjidi make the Major playoffs once again? 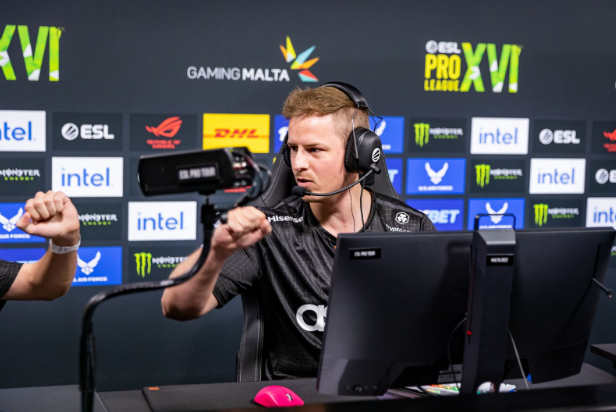 Their first match sees them face off against a very strong Cloud9 on the 31st of October.

American rifler Jadan “HexT” Postma was promoted to the main Evil Geniuses roster in August from the EG.Carpe Diem side. Before his addition, Evil Geniuses were in some of the worst forms in their history as an organization and since then things have looked slightly improved. At ESL Pro League Season 16 with the newly added Jadan “HexT” Postma and Sanzhar “neaLaN” Iskhakov, Evil Geniuses picked up their first Pro League match win since March 2021, winning two Group Stage games over Eternal Fire and Movistar Riders. This improved form continued into the Americas RMR where Evil Geniuses qualified with little dramas, finishing 3-0. They sadly lost out on a direct Legends Stage spot to Liquid but a Challengers Stage berth is still a massive result.

At the IEM Road to Rio Americas RMR, Jadan “HexT” Postma was the lowest-rated member of Evil Geniuses but the 20-year-old is seemingly having a huge impact on the psyche of the American squad. Since his arrival, he alongside Sanzhar “neaLaN” Iskhakov has been responsible for an upturn in form for both Evil Geniuses and key players like Tsvetelin “CeRq” Dimitrov and Vincent “Brehze” Cayonte. Even making the Major shows promise for Sanzhar “neaLaN” Iskhakov’s men and it will be a joy to watch Jadan “HexT” Postma on Counter-Strike’s biggest stage. Evil Geniuses begin their Major run against IHC in the Challengers Stage on the 31st of October.

Argentinian sniper Santino “try” Rigal made a name for himself playing for Argentinian organization 9z. His strong performances for the South American side netted him a move to 00Nation in January of this year. There have been a few changes in his short tenure with the Norwegian organization, recently acquiring the GODSENT trio of Epitácio “TACO” de Melo, Bruno “latto” Rebelatto, and Eduardo “dumau” Wolkmer. This means the young Argentine is playing alongside four Brazilians, two of which are from the legendary LG/SK core - the previously mentioned Epitácio “TACO” de Melo and two-time Major MVP Marcelo “coldzera” David. 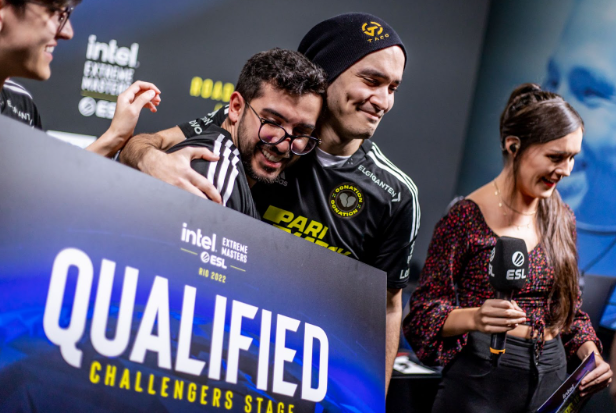 Since joining 00Nation, Santino “try” Rigal has impressed massively, he has averaged a 1.11 rating in his tenure with the team and has been incredibly proficient with the sniper rifle. Alongside Eduardo “dumau” Wolkmer, the two eighteen-year-olds are instrumental to the way 00Nation play and provide a key partnership together on the server. Epitácio “TACO” de Melo’s men qualified for the Major with a 3-1 score at the Americas RMR and the Argentine was a big part in that. The IEM Rio Major will be the first CS:GO Major ever in the South American continent and big things are expected from the teams that hail from this region. Can 00Nation and Santino “try” Rigal replicate something similar to Cloud9 at ELEAGUE Boston in 2018 in Rio de Janeiro?

00Nation are set to face off against Bad News Eagles on the 31st of October as their first game in the Challengers Stage.

Brazilian sniper Lucas ”nqz” Soares and Argentinian rifler Nicolás “buda” Kramer were both recent additions to the South American side. Since these additions, 9z have made clear and obvious progress and their spot at the IEM Rio Major is a testament to that. The Argentinian organization is one of the four teams hailing from South America attending this Major and to have two Major debutants makes the occasion even more special. This is especially the case for 17-year-old sniper, Lucas ”nqz” Soares, being the sole Brazilian on this team, playing a tournament in his home region must be an incredibly magical moment. Lucas ”nqz” Soares is one for the future of the South American region and it will be a joy to watch him at this Major tournament.

The Argentinian organization qualified for the Major with a 3-1 finish at the Americas RMR after beating fellow South American sides 00Nation, and Imperial and also gaining victory over ATK. Following the RMR, 9z went to the Camp Nou, the stadium of football team FC Barcelona to play in Flow FiReLEAGUE 2022 and again made quick work of fellow South American side MIBR. Maximiliano “max” Gonzalez’s side will begin their story in Rio with a match against Gamer Legion on the 31st of October.

GamerLegion was the shock of the European RMRs, with Frederik “acoR” Gyldstrand looking incredible as they made the Major in Brazil. Mihai “iM” Ivan and Isak “isak” Fahlén have been members of the German organization for 18 months or so now and this has by far been their biggest achievement and it came with their new squad featuring the previously mentioned Frederik “acoR” Gyldstrand alongside ex-MOUZ NXT leader Kamil “siuhy” Szkaradek and ex-Falcons rifler Nicolas “Keoz” Dgus. 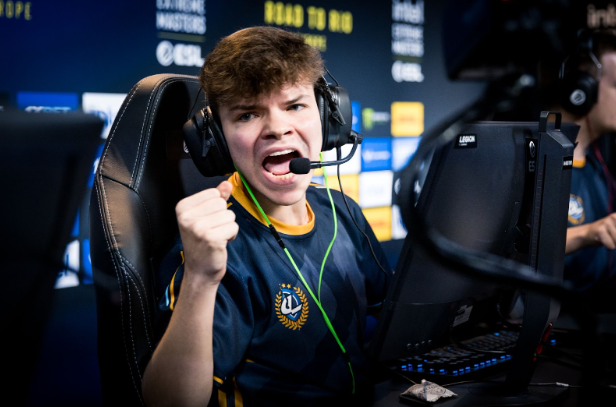 An emphatic Kamil “siuhy” Szkaradek after a round win at IEM Road to Rio 2022 Europe RMR A | Image: Copyright ESL | [Helena Kristiansson]

GamerLegion made the RMR through the final Open Qualifier by finishing in 6th place by narrowly beating out unranked side Forward - a team featuring Russian Counter-Strike legend Mikhail “Dosia” Stolyarov.

Therefore, Kamil “siuhy” Szkaradek’s men entered RMR A with very few expectations and seemingly no chance of making the main event in Rio de Janeiro and being ranked 60th in the world. Against all odds, GamerLegion qualified for IEM Rio with a 3-2 score, losing a close game against FaZe in overtime and knocking fan-favorite G2 Esports out of the Major. This is a massive achievement and a testament to the leadership skills of Kamil “siuhy” Szkaradek.

GamerLegion has nothing to lose in Rio de Janeiro and will look to continue to shock the Counter-Strike world on the biggest stage. They will face 9z on the 31st of October as their first game at IEM Rio Major 2022 Challengers Stage.

Declan “Vexite” Portelli joined the ORDER/Grayhound core in August of this year and has been relatively impressive since his arrival. He is yet to play outside Asia or Australasia with Grayhound and his ability on a world Counter-Strike stage is unknown. The 18-year-old looks incredibly strong in his own region and Grayhound qualified for the Major through the Asia RMR in second place. The lack of confidence comes through the second-place finish as they lost 2-0 at the hands of the Mongolian side IHC. Either way, Declan “Vexite” Portelli and his team will enter Brazil with little to no expectations, many will have them as 0-3 in their Major pick’ems for the Challengers Stage. A single win will be celebrated like a Major trophy lift and that showcases how much the pressure is off the Australian side. 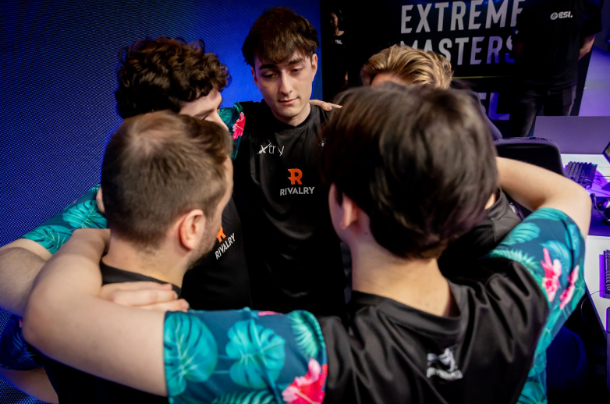 Grayhound faces off against OG in their first game of the IEM Rio Major 2022 Challengers Stage.

Tuvshintugs “Annihilation” Nyamdorj is the latest addition to IHC, who became the first-ever Mongolian side to make a Counter-Strike Major tournament. The Mongolian sniper has been added to IHC three months ago and has been lights out ever since his arrival. Being the AWP player, he is obviously key to everything IHC does and it will be interesting to see his performances at the Counter-Strike Major. The 22-year-old was instrumental to IHCs first-place finish at the Asia RMR and similarly to Grayhound, have very little pressure to perform in Brazil. In Antwerp, IHC managed to pick up a victory over Renegades, can they repeat a similar performance or even take it further at the IEM Rio Major 2022?

IHC will face off against Evil Geniuses to begin to play at the IEM Rio Major 2022 Challengers Stage.

Tuvshintugs “Annihilation” Nyamdorj is the final Major debutant to be attending the Major in Rio de Janeiro. Who are you most excited to see play, will any of these first-timers embark on a deep tournament run at IEM Rio Major 2022?