The first VCT event of 2023 will be the VCT 2023 kickoff tournament, held in Brazil, São Paulo.

Thirty teams selected for the VCT partnership program will play against each other. The event will last three weeks and allow all fans to enjoy the new rosters in preparation for the start of their respective leagues. As previously announced by Riot Games, the event will take place from the February 13 to March 4.

This will be followed by the international league splits, where the 10 selected teams from each region compete in a regular league with playoffs inside their regions.

Read more: VALORANT Pro Players By Past Games: A Study

Approximate dates of partner league splits playoffs: second half of May.

According to sources close to BLIX.GG, the playoffs will be played at the end of May, each region might compete on different dates, but an approximation would be from May 22 to 28, 2023 (as will be the case of APAC). 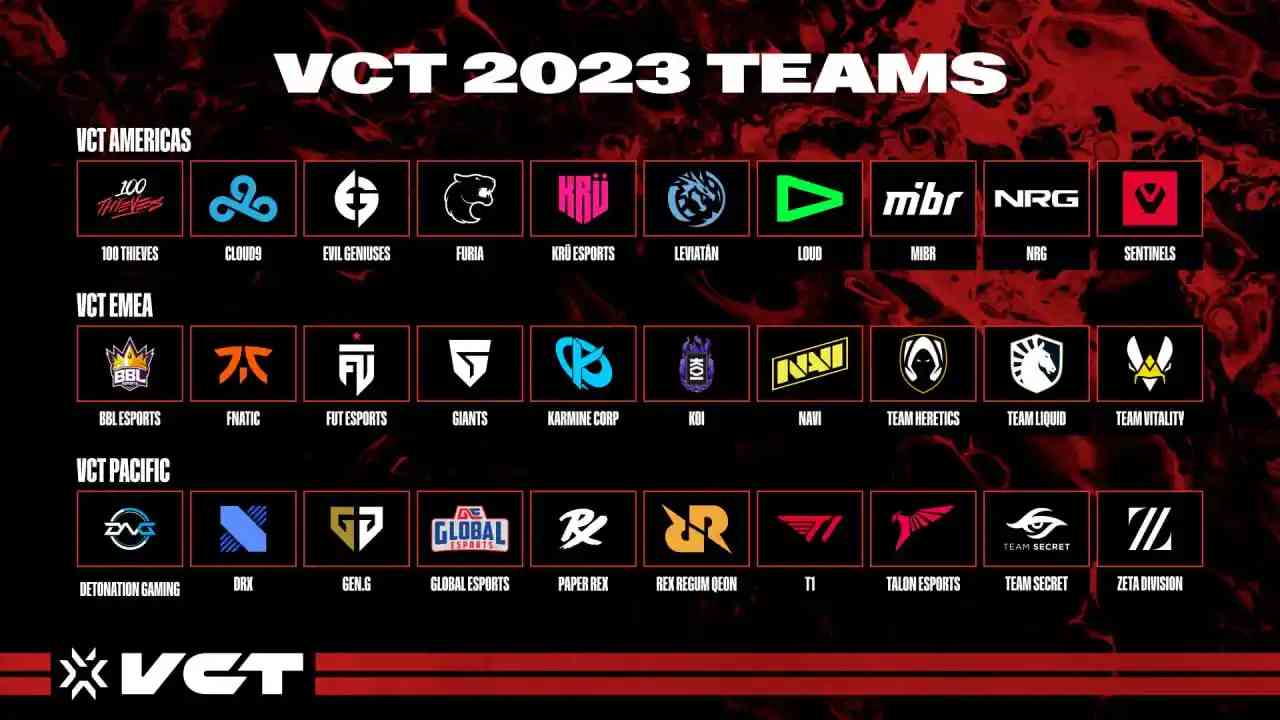 The best teams of each region will qualify for VCT Masters. If everything goes as expected, it will be held from June 12-25 in Tokyo, Japan.

LCQ for VCT Champions dates: From 13-26 July 2023.
*EMEA last chance qualifier is expected to be shorter.

The LCQ will take place in July 2023, when teams will have their last chance to qualify for the Champions 2023 from their regional league.

LCQ dates depend on the days of competition in the respective region.

Sources close to the situation revealed that LCQ will be from the July 13 to 26. EMEA's last chance qualifier could be slightly shortened in terms of dates.

Finally, the last tournament of the year will be Valorant Champions 2023. According to our sources, the event will be held from the August 7 to 26.

BLIX.GG will update you with more information about VCT 2023 soon.